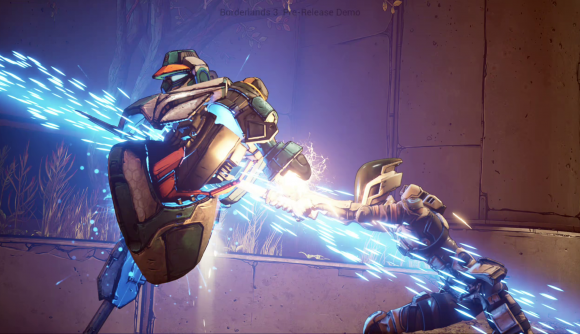 Gearbox Software is currently hard at work making Borderlands 3 for release in September – a full ten years after the studio’s previous game in the series, Borderlands 2 in 2012. During that time, the studio worked on the ill-fated multiplayer title Battleborn – a hero shooter that was overshadowed by the similar Overwatch. Development of Battleborn ended in 2017, but its legacy lives on – as according to Art Director Scott Kester, Borderlands 3 “wouldn’t be as good as it is now” if it wasn’t for Battleborn.

According to Kester in an interview with Metro, the team at Gearbox were “tired” after making Borderlands and its sequel back-to-back. The studio considered doing Borderlands 3 immediately after two, but the team “didn’t want to, we needed a break. Because if we didn’t have a break I think we wouldn’t have made something as good.”

2K gave the Borderlands team the break they needed, in the form of Battleborn. “We just want to kind of reset our palette, we’re gonna try this thing.” And thanks to that break, the team was re-energized into trying Borderlands 3.

“If we didn’t make that game Borderlands 3 wouldn’t be as good as it is now,” explains Kester. “It made us think about things a little different.” While the team went from Battleborn directly to Borderlands 3, there was now more motivation to do it correctly rather than just knock out another sequel. “To us it wasn’t about, ‘Hammer it out, hammer it out! Let’s punch it out, let’s punch it out!’ It was like, ‘Let’s make the right thing. Let’s get it there and then we’ll take our time’.”

With Gearbox now taking its time to make Borderlands 3 as good as it can be, it’s also now the biggest game that the studio’s ever developed. “We’ve put so much junk into this game,” adds Kester. “It’s frikkin’ huge. It’s considerably more content than we’ve put into anything else.”

Gunplay: everything we know about the weapons of Borderlands 3

There’s also a lot of DLC planned for Borderlands 3 too, so the content won’t end with the game’s release. “We’ve made pretty substantial, meaty DLC and we want to continue doing that.” As we’ve previously learned however, that DLC may not include any new Vault Hunters. If Borderlands 3 is as good as it currently plays, it will owe its success to the failure of Battleborn – even if it was just to give the team a break.