Borderlands 3 weapons promise to expand on the series’ most celebrated loot items with new fire modes, new and returning weapon manufacturers, and over one billion gun variations. From the Borderlands 3 gameplay we’ve seen so far, it’s safe to say that Gearbox has exceeded expectations of its gunsmithing – you can spot everything from guns with legs to weapons that spawn in lava-spewing volcanoes. Don’t worry if you prefer the thunderous rumble of a double-barreled shotgun or the incessant chattering of an SMG, as we’ve spotted plenty of those, too.

In the first two Borderlands games, your arsenal is the primary means of improving your character build and crafting a more efficient Vault Hunter, so it stands to reason that weapons will be just as important to the Vault Hunters in Borderlands 3.

It’s taken a short while since the initial reveal, but we now know a great deal about the upcoming Borderlands 3 guns. There’s plenty of footage, official descriptions of the various weapon manufacturers, and some details from Gearbox Software to go on, so here’s everything we know about the innumerable Borderlands 3 weapons and guns:

How many Borderlands 3 guns are there? 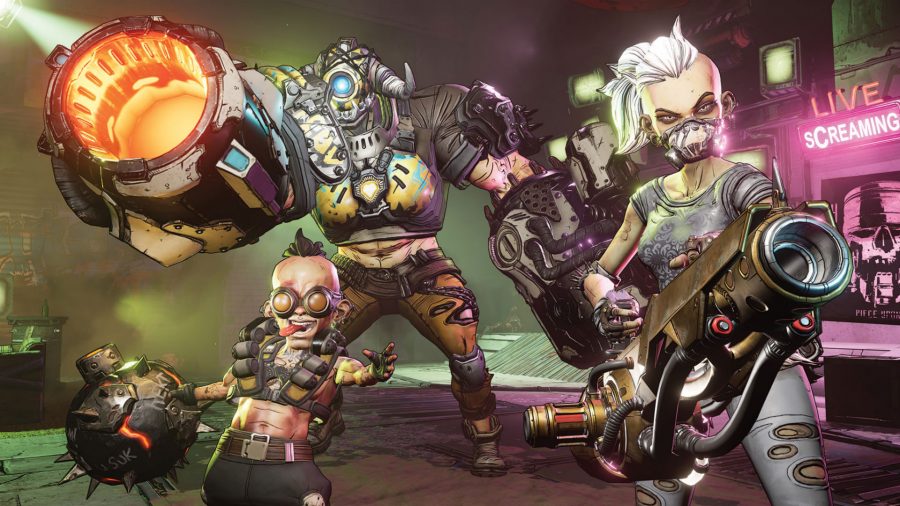 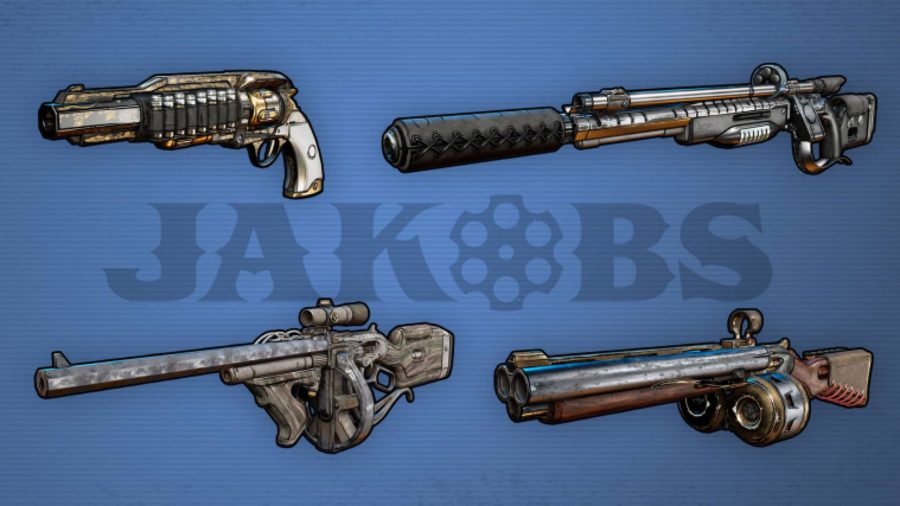 “Deliver devastating critical hits to enemies’ soft-and-sensitives, then joy-puke as your bullets ricochet towards other targets.”

This is all about ballistic damage and taking down squishy foes with ease. Expect high damage with Jakobs weapons, but not against shielded enemies. 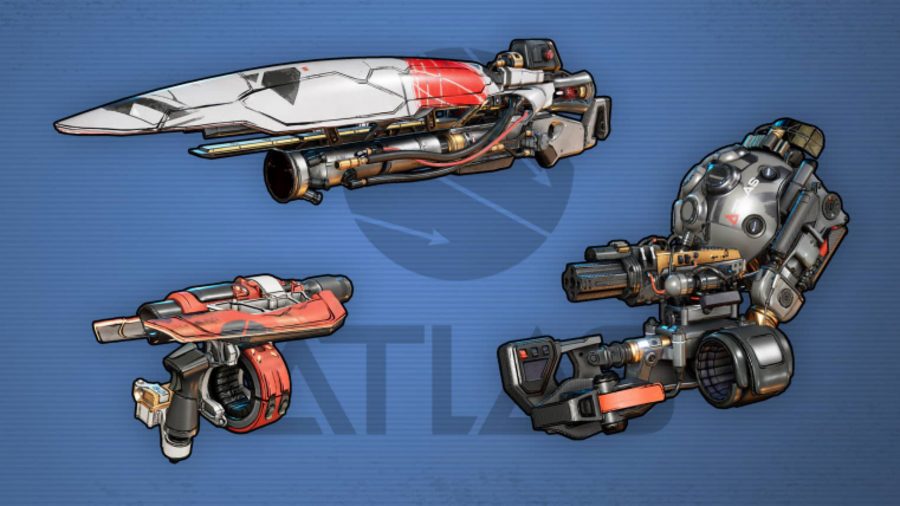 “Step 1: Hit your enemies with tracker tags. Step 2: Unleash a hail of Smart Bullets that track towards your targets. Step 3: Loot!”

We’re yet to see this in action, but it sounds a lot like we’ll be able to fire these around cover or enjoy some aimbot-tier accuracy. 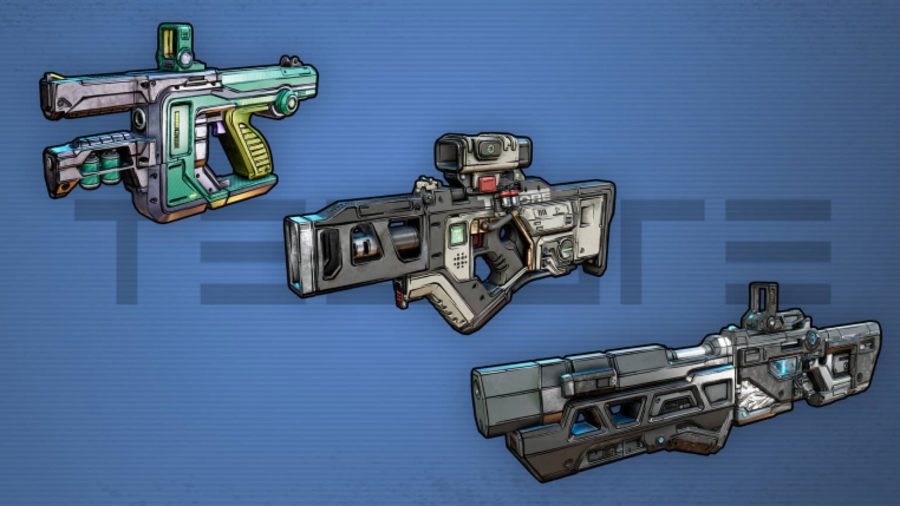 “Toss your gun like a grenade to reload, then watch it pursue a nearby enemy as a fully loaded version digistructs in your hand.”

This sounds very, very cool. Our best guess it that this means faster reloads, but also that the tossed weapon may well continue dealing damage as it pursues foes. This is slightly different to how Tediore weapons work in Borderlands 2, where the tossed weapon simply deals damage like a grenade based on how much ammo you have left in the mag before ditching. 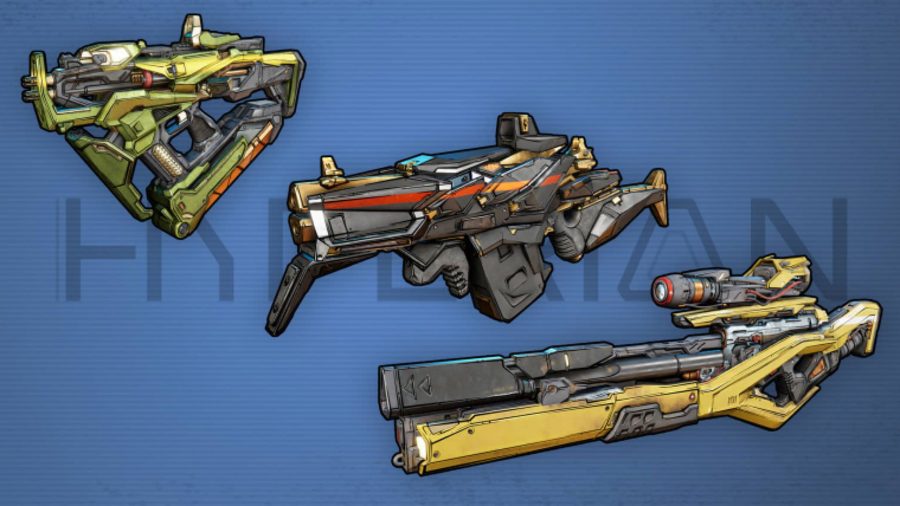 “Aim down the sights to take cover behind your weapon-mounted shield and keep your finger on the trigger for increased accuracy.”

Higher accuracy the longer you fire, not to mention shields while aiming – not bad. 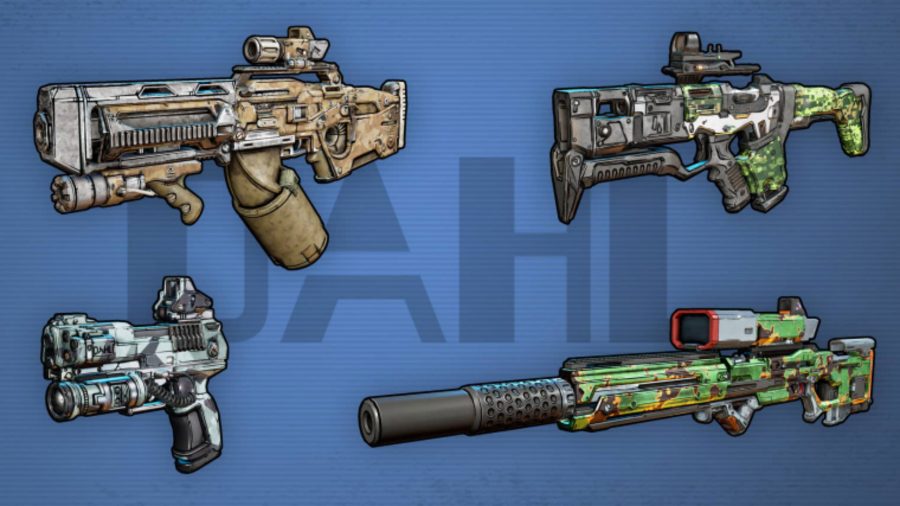 “Toggle between alternate fire modes depending on your play style, your predicament, and your predilection for bonus damage.”

Hard to guess how this will work or if it will be any different to the way Dahl works in Borderlands 2, where weapons are burst-fire when aiming down the sights, and semi-automatic or fully automatic depending on the weapon when firing from the hip. 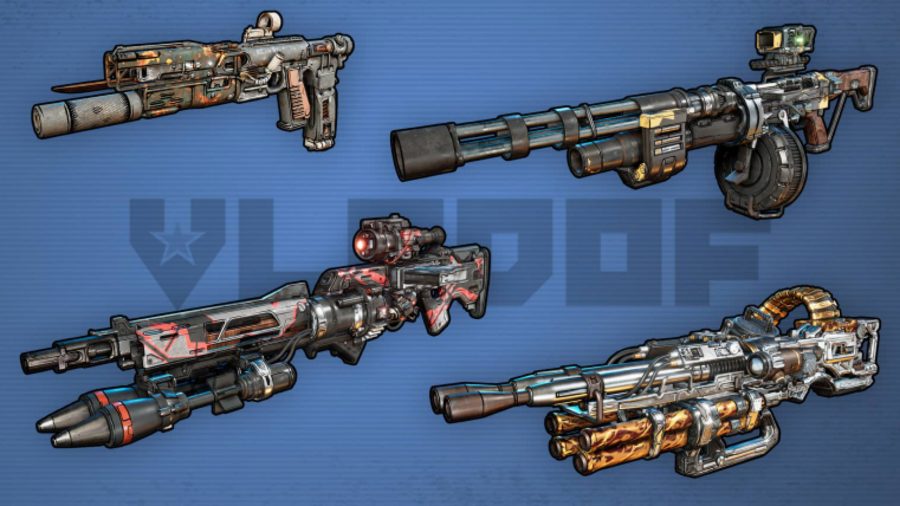 This is the fun one as these attachments promise to add a lot more unpredictability to loot rolls. This is also a more interesting gimmick than in Borderlands 2, where Vladof guns simply equal high rates of fire. 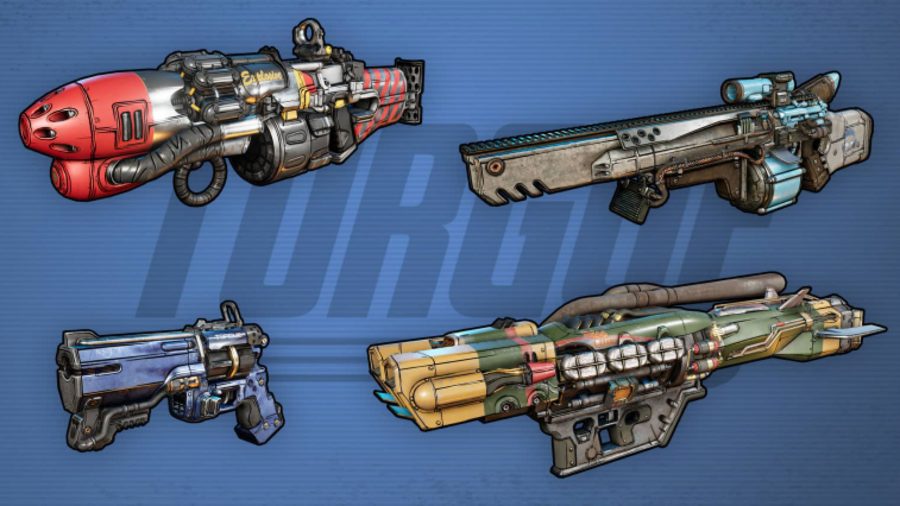 “Switch between regular and sticky-projectile fire modes. Stickies do more damage if a bunch of them detonate on the same target.”

This sounds like a primer and detonator combo, which should prove very powerful against bosses and tanks. 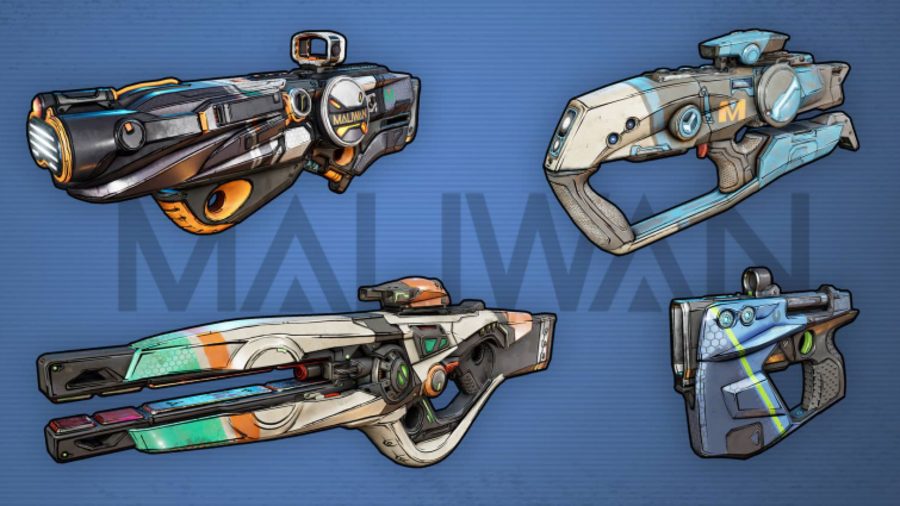 “Toggle between two elements, charge your weapon, and deal guaranteed elemental damage with your finger glued to the trigger.”

This is a more elaborate version of the Maliwan trait in Borderlands 2, with guaranteed elemental damage allowing for some powerful theorycrafting in the right hands. 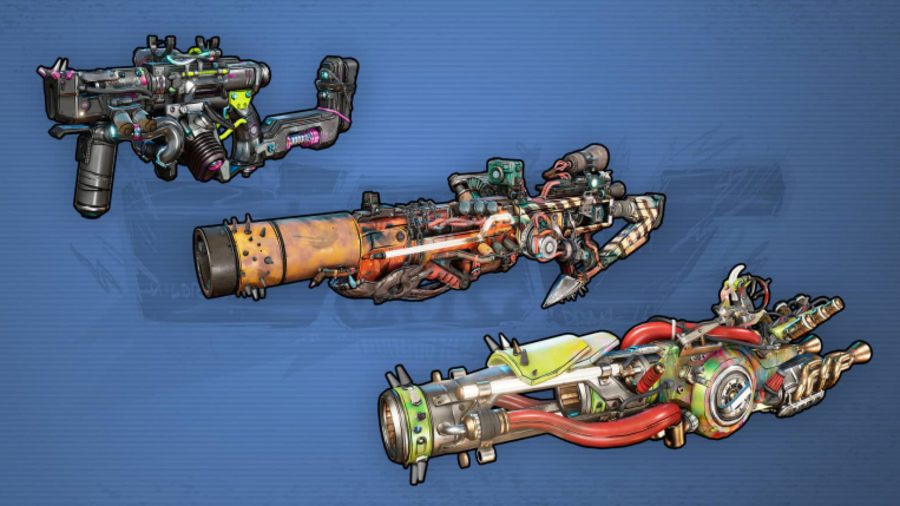 COV (Children of the Vault)

This is a new trait and brand manufacturer, which supposedly replaces the Bandit brand. Seems like we can expect belt feeds on most of these guns in exchange for some temperamental cooldown issues.

In addition to the nine confirmed Borderlands 3 weapon brands, there are also three new weapon manufacturers that have been datamined from a Borderlands 3 Twitch extension that lets you look through a streamers gear. These brands are Anshin, Eridian, and Pangolin.

Judging by the few glimpses we’ve had of loot chests opening in Borderlands 3, it looks like all of the weapon rarities from the base game of Borderlands 2 are returning, and we’ve already seen plenty of legendary guns in Borderlands 3:

It’s worth noting that Borderlands 2 also features unique weapons that drop from tough bosses or named enemies, which were always either blue or or purple. In addition, Borderlands 2 also features magenta and pink weapons that represent E-tech and Seraph weapons – we couldn’t spot any in the trailers so the jury is still out as to whether these weapon types will appear in the sequel.