“Oh man, no can do,” laments the robot parody of a hipster barista in front of me. “We’re, like, an eco-friendly coffee shop, yanoe, so you’ll have to supply your own to-go cup.” Nearby is a bad guy known for his tendency to carry a travel mug. I know what I have to do. It is then, as my subsequent obliteration of the criminal with the cup begins, that I take a moment to appreciate how good it feels to have Borderlands back.

At a presentation ahead of the official Borderlands 3 gameplay reveal, Randy Pitchford, CEO of developer Gearbox, says that the studio has “made a commitment to what Borderlands is supposed to be.” That’s exactly what comes across in the demo. It’s such an impressive callback that, if it weren’t for the lack of my school friends talking in my headset, I might have believed it was 2009 and I was playing the original game again.

Except that’s not entirely true. Because while Borderlands 3 recaptures the mayhem that brought so many players to the series in the first place, it also elevates almost everything that made its predecessors so enjoyable.

There’s an increased sense of scale throughout. From the very start, the Borderlands 3 weapons feel more ambitious, thanks primarily to the addition of an alternate fire mode. A starting pistol switches from firing bullets to a spray of micro-missiles, while a charge shotgun I discover later lets me use shock damage to wreck an enemy’s shield before switching to fire damage to finish them off. 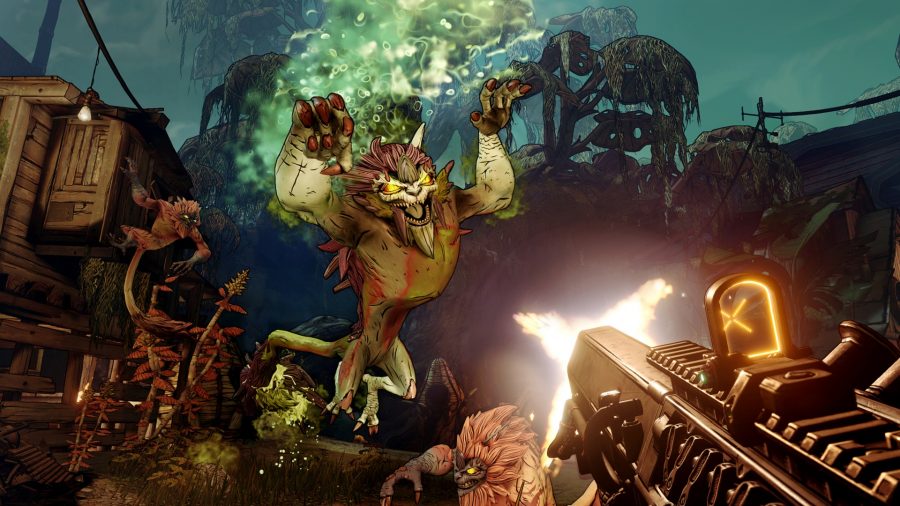 But it’s not just the guns – the entire combat system has much more to it than before. Each character’s skill tree has been designed to encourage you to play around with their most powerful abilities. This means that, as the Siren Amara, I can choose to either hold my enemies in the air while I blast them to pieces, or send out an astral projection that damages everything it passes through.

The most obvious expansion to the series is the landmass available to me. I’m not limited to a single planet any more, as I learn when I quickly abandon the deserts of Pandora for the glassy metropolis of Promethea. And there are plenty more worlds to explore from the game’s new hub area – a spaceship named Sanctuary III.

Bigger doesn’t always mean better, of course, but Borderlands 3’s increased scope is complemented by new movements that make the act of traversing these large areas entertaining in itself. Character movement has been expanded, letting me bum slide behind cover like in Apex Legends, or scramble up the side of buildings to get a better vantage point. Enemies, too, are more mobile, utilising the game’s increased verticality to claim the high ground or scramble behind cover. 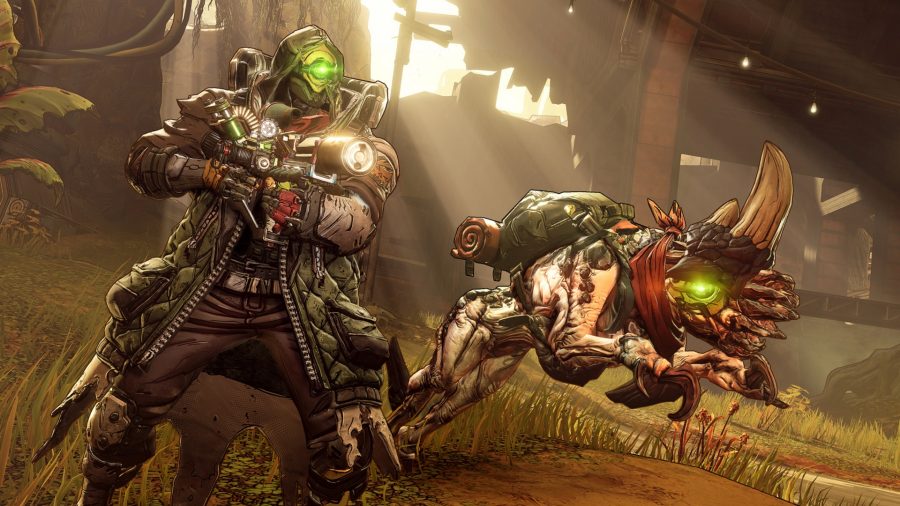 Most important of all is the star of the show: the gunplay. It’s been made more dynamic due to recoil that’s wonderfully satisfying to bring under control. And with alternate fire, elemental resistances, and a huge increase in the variety of opponents in each area, it’s clear that simply having the biggest gun isn’t going to be enough. Gearbox has evidently strived to bring the intensity of the combat up to date so as to compete with the best shooters of the past decade.

If your favourite aspect of the Borderlands series is the weapons - and let's be fair, it is - then you'll want to check out our rundown of all the guns, manufacturers, fire modes, and rarities. There are one billion guns in Borderlands 3 so there's a lot to know.

Elemental SMGs spit violently, melting enemies beneath a barrage of fire or corrosive damage. A hand cannon thunders before I swing it around my fingers with the confidence of a gunslinger to reload it. My shotgun seems to suck all the life out of a room before sending an unfortunate enemy ragdolling as I unleash a powered-up shot. Doom Eternal might have its work cut out to keep up.

While many aspects of Borderlands 3 are bigger and bolder than before, one key component of the series feels like it’s been toned down ever so slightly. Borderlands is known for its irreverent humour, and it is returning – the new game often showcases the series at its funniest – but it feels as though everything’s a little more grown-up. There’s a subtlety here that wasn’t in the first two games; the narrative a little more content to provoke a gentle chuckle than demand a hearty guffaw. Even the terminally-irritating Claptrap has his moments, although Gearbox hasn’t moved too far from the grating slapstick that helped make him so recognisable. 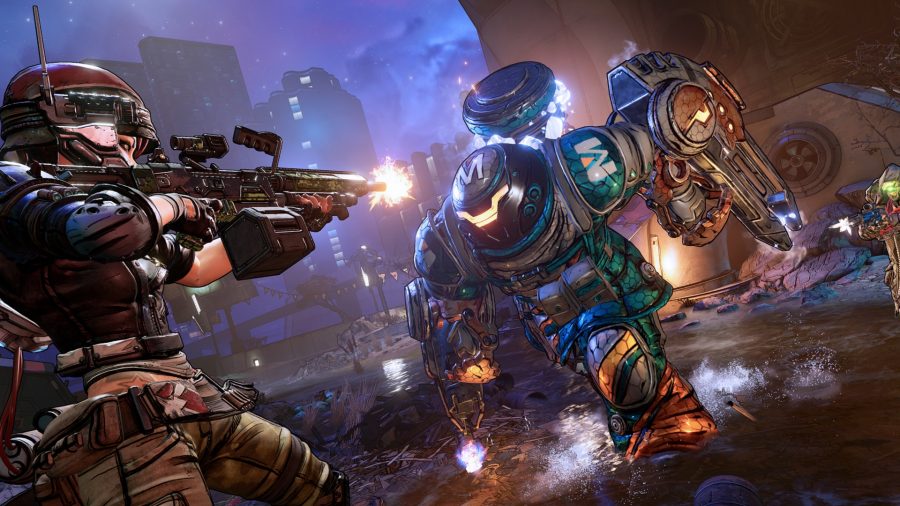 Changes to combat and narrative are the most headline-grabbing, but Gearbox has also made a suite of changes that promise to make the Borderlands experience much less chaotic than it has been in the past. During an ill-advised fight in which I’m downed, with no hope of pulling off a kill to grant a second wind, I turn around in time to watch my barista pal hop the counter, run over, and revive me – something all allied NPCs are now able to do.

Sanctuary now boasts a lost-and-found machine, too, which you can use to recover any items that accidentally slip out of your reach during the game. For many players enjoying the Borderlands co-op offering, these changes will be of minimal importance, but they show that Gearbox has learned how to improve on the experience it offered before.

Borderlands 3 pulls off a rare feat. It’s a game that calls back to its roots so successfully that I feel like I’ve never been away. But despite letting me bathe in that warm nostalgia, Gearbox hasn’t let Borderlands fall behind the Divisions and Destinys that have shaped the looter-shooter in its absence. Borderlands 3 feels bigger, better, and more badass than its predecessors in almost every way.