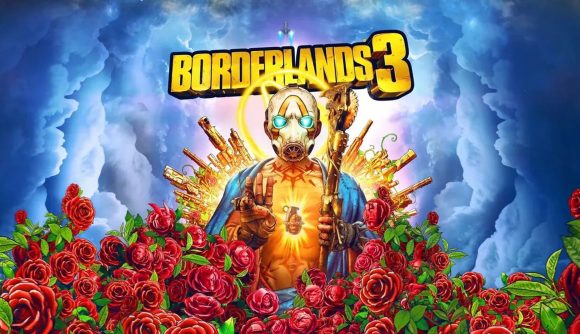 Hearings in the big Epic versus Apple lawsuit are underway, and while it’ll be some time before we see what this means for the future of app stores and the traditional 30% cut that Epic aims to take down, the trial is making numerous bits of previously confidential information available to the public. Including, for example, the exact price paid to make Borderlands 3 a timed Epic Games Store exclusive.

According to an internal Epic financial review from October 2019, Epic paid a total of $146 million USD to Borderlands 3 publisher 2K as part of the deal that saw the game launch exclusively on the Epic store. $115 million of that was for Borderlands 3 itself – an $80 million minimum guarantee on sales, a $15 million marketing commitment, and $20 million of “non-recoupable fees”.

The remaining $31 million went to secure two free 2K games for the store’s giveaway: Borderlands: The Handsome Collection ($11 million) and Civilization VI ($20 million). It’s worth noting that this is far more than the price Epic had paid for its free PC games up to that point – the company paid WB $1.5 million to give the Batman: Arkham series away for free, and some deals saw Epic pay as little as $45k for smaller indie titles like Rime.

Within the first two weeks of Borderlands 3’s launch, the game reached $100 million in revenue – more than enough to recoup the minimum sales guarantee. $77 million of that was made on the Epic Store itself (the rest comes from retail and resellers), and with Epic’s 12% revenue share, the company made $9.2 million off of Borderlands 3 sales in those two weeks after launch.

That $9.2 million certainly wouldn’t cover the remaining cost of the deal, though we don’t know how Borderlands 3 sold in the months that followed ahead of its launch on Steam – maybe further court documents will shine a light on that. Epic does disclose that there were 1.56 million Borderlands users following the game’s launch, and 53% of them were using the Epic store for the first time.

No, says Sweeney. It’s “hundreds of millions of dollars short of being profitable” because of the upfront costs of setting it up.

“We have a general expectation of becoming profitable within 3 or 4 years."

Epic’s aggressive spending on exclusives and freebies means that the store is still a money-losing proposition, and the company expects that to take further investment to change. Epic boss Tim Sweeney says during the hearing that “we have a general expectation of becoming profitable within 3 or 4 years.”