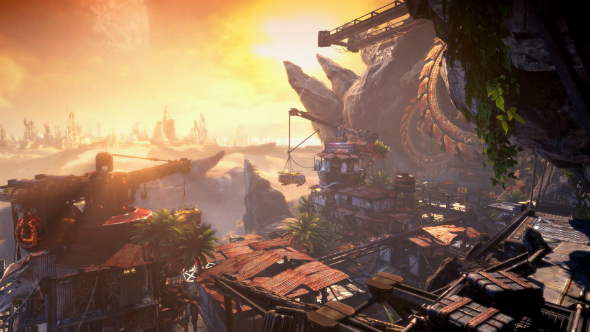 Bulletstorm: Full Clip edition, the remastered version of People Can Fly’s brilliant 2011 FPS of the same name, is out tomorrow and for the large part that’s good news. The original was a throwback to the days when devs prioritised fun above all else. It was bold, brash and wonderfully stupid, but it’s bygone brand of action movie rhetoric fell on deaf ears when it first came out and shooters were increasingly focussed on realism and hush-hush covert nonsense. People Can Fly have done an outstanding job updating the visuals, ensuring that it looks as good as it plays by a new generation’s standards, but you’ll have a hard job comparing the two for yourself as the original Bulletstorm appears to have been removed from Steam and Origin in the past month.

Read our Bulletstorm: Full Clip Edition preview for more on how the remaster looks and feels.

And it’s not the first time the game’s gone missing from online distributors either. Back in 2014 Bulletstorm disappeared from Steam only to reappear without explanation nearly three months later. The original version was also mired by its ties to Microsoft’s problematic Games for Windows Live feature, which required players to have a Games for Windows Live client and account in order to even install the game, let alone access its online features and multiplayer component. 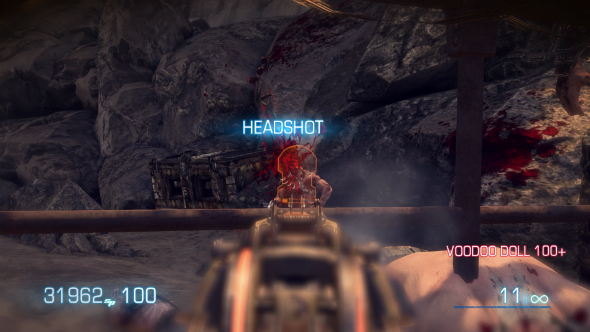 It was also still selling for nearly $20 all the way up until its most recent vanishing from Steam and Origin, which is quite steep considering it’s over six years old. However, for many that’s preferable to the $50 price tag attached to Bulletstorm: Full Clip Edition, which isn’t far off the cost of a brand new, triple-A release. Only now, with the original mysteriously absent from Steam and Origin, you don’t have the option to choose between the two.

To the credit of the remaster, it really is a handsome piece of work and there is certainly a great deal of value in the audio and visual overhaul. People Can Fly have updated to HD textures, upped the game’s polygon count, given it full 4K support, smoothed the framerate to a near-constant 60 fps, reworked the game’s lighting system and added a new rendering mode. After three hours with the remaster it’s charm is yet to wear off, though whether that’s down to the gleam and polish of its latest incarnation or the pulpy carnage of its gameplay is hard to pin down.

The saying about beauty being in the eye of the beholder is probably applicable if you’re still wrestling with the decision of whether or not to buy the game. Perhaps some gamers will even be attracted to the Full Clip Edition by virtue of it having no ties to the troublesome Games for Windows Live service.

Of course this isn’t the first case of an original release being pulled from Steam in preparation of the original’s arrival, as Sleeping Dogs and both Metro 2033 and Metro: Last Light have received the same treatment in the past couple of years.

Will you be picking up Bulletstorm: Full Clip Edition tomorrow? Let us know why, or why not, in the comments below.