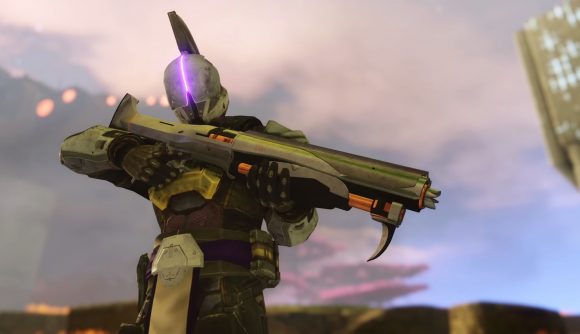 Bungie’s made no secret of the fact that it’s working on a new IP outside of Destiny, and sporadic details about the new game have been slowly dripping out thanks to job listings over the past handful of years. You can expect the new game to be structurally like Destiny, but it seems we’re getting a complete turnaround in tone and style.

A listing for an incubation art director invites applicants who would “like to work on something comedic with lighthearted and whimsical characters”, including designs that can inspire cosplay and “speak to different cultures all around the world”. That sounds a lot more like Overwatch than Destiny, and it’s good to see Bungie still likes tones other than ‘complete self-seriousness’.

An incubation investment designer is wanted to “work in tandem with our sandbox and economy teams to build and distribute items to our players”. That alone reinforces the idea that this’ll have similar MMORPG inspirations to Destiny, and as TheGamePost – which dug up these listings in the first place – notes, tongue-in-cheek references to “baubles, weapons, and armor” and a “necromancer’s dungeon” suggest a more traditional fantasy-themed approach here. (Or Bungie could just be spicing up an otherwise dry job listing.)

Bungie has plans to have multiple franchises besides Destiny out by 2025, and a trademark listing back in 2018 outed one of those titles as Matter. It seems some of these projects are starting to take shape, according to the details of these job listings, but the wording also implies that this project is extremely early in development – which means everything is subject to change.

If you’re looking for more concrete and immediate details on Bungie’s future, the Destiny 2 Season of Arrivals release time is scheduled for the reset on June 9, and just before then we’re getting a load of details on what to expect from the game heading into Year 4.