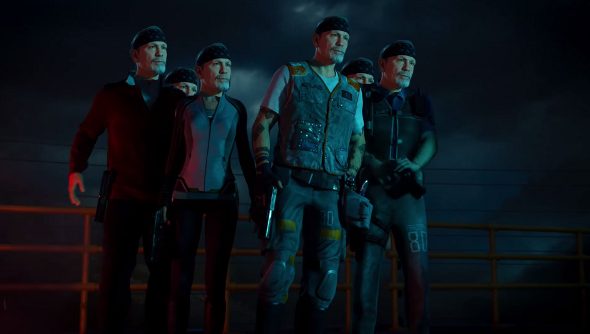 The Exo Zombie mode pits four players against a tide of running corpses, while the likes of John Malkovich, Rose McGowan and Bill Paxton cash cheques. These zombies also sport exoskeletons, so they can jump and do other fancy things that you don’t normally expect dead people to do.

As well as including ugly corpses wearing lots of future tech, Havoc also throws in four new multiplayer maps for good measure. There’s also an energy rifle, because this is the future and bullets aren’t cheap.

Havoc is due out on February 26th.