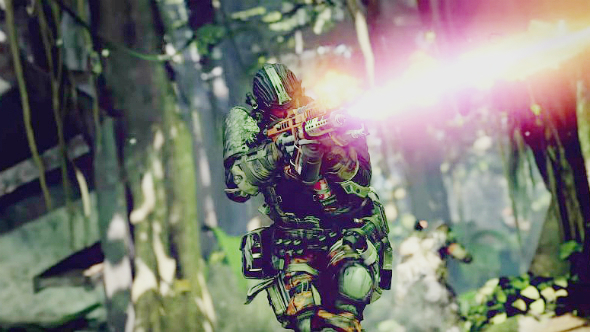 Call of Duty: Black Ops 4’s aim assist will be off when using a controller on PC. The feature (or lack thereof) was confirmed by one of Treyarch’s community managers in a post on Reddit last week.

The post stems from an issue with Black Ops 3, in which aim assist was very strong, and PC players were able to exploit the game to get it working with mouse and keyboard, offering a fairly major advantage. In the Reddit post, a community manager stated definitively that “aim assist with controllers will be off on PC in competitive PvP modes.”

Call of Duty: WW2 made it onto our list of the best FPS  games when it returned to putting boots on the ground, but will Black Ops 4 surpass it?

The mention of “competitive modes” seems to refer specifically to traditional Call of Duty multiplayer and the game’s Blackout battle royale mode. That implies that Black Ops 4’s Zombies will have aim assist enabled for PC players using controller, which seems like a fair compromise.

As noted on Reddit, this is all still subject to testing, but our hands-on with Black Ops 4’s multiplayer found that it was the most streamlined Call of Duty yet. You can check out eight minutes of multiplayer gameplay below:

It’s worth noting that even Treyarch don’t seem entirely sure of the final format for multiplayer, as the game is “still pre-Alpha.” Presumably, up until the Black Ops 4 release date on October 12, that means the continued “tweaking and testing” mentioned in that Reddit post will change a few aspects of the game’s multiplayer.