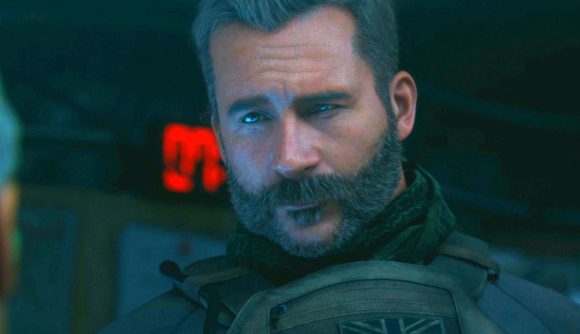 The latest Call of Duty: Modern Warfare and Warzone update is now live, and dataminers have already dug into its files to reveal additional content potentially coming soon – as well as more evidence that a Modern Warfare 2 remaster is on the way.

Multiple dataminers have uncovered an image of MW2’s box art, updated with the words “Campaign Remastered” – which corroborates earlier reports that the remaster would only include the FPS game’s single-player story mode, not its multiplayer or Spec Ops portions. It’s suggested this will be included with a new cosmetic bundle named the Oil Rig, but it’s unclear how much this will cost. Take a look at the image below.

Elsewhere, the new update seemingly contains references to the classic Call of Duty 4: Modern Warfare map Backlot and the Modern Warfare 3 map Village, so they could both be coming to nu-Modern Warfare in Season 3. The upcoming season of content will also bring two new Operators, Alex and Ronin, and two new weapons, the SKS sniper and Renetti Pistol, according to the leaks.

On the Warzone front, we’ll apparently be getting duos and quads Battle Royale variants, in addition to High Action, Realism, Hardcore, One Shot, and Shotty Snipers twists on the new mode.

Found this in the update files for MW from modernwarfare

We first heard about a Modern Warfare 2 remaster back in 2018, before a listing from the European ratings board, PEGI, further fuelled the fire last year. More recently, the Korean game ratings board published its own listing for the campaign.

While that’s all the leaks have on upcoming content, the update itself brings some new stuff to Modern Warfare to tide us over. We’ve got a new map, Khandor Hideout, as well as new mode playlist rotations to enjoy. Time to dive back in!