We’re on the eve of the Call of Duty: Modern Warfare Season 3 release date, so Activision and Infinity Ward have prepared a trailer to help us count down the final hours before launch. The major changes to Warzone and Modern Warfare provide only a few surprises if you’ve been following the leaks, but you can read on for a full breakdown of what to expect ahead of the Season 3 release time.

Season 3 for Modern Warfare and Warzone is scheduled to start at 23:00 PDT on April 7, or 2:00 EDT / 7:00 BST on April 8. The update will launch with a remake of the Backlot map for Modern Warfare, as well as the Hovec Sawmill and Aniyah Incursion locations. Day one will also bring the new operator, Alex, the quads mode for Warzone, the SKS and Renetti weapons, and vehicle skins.

During the course of the season, we’ll get Ronin and Iskra operators, the Hardhat map for multiplayer, the Aisle 9 map for gunfight, and two additional multiplayer modes: Gun Game Reloaded and Reinfected Ground War. 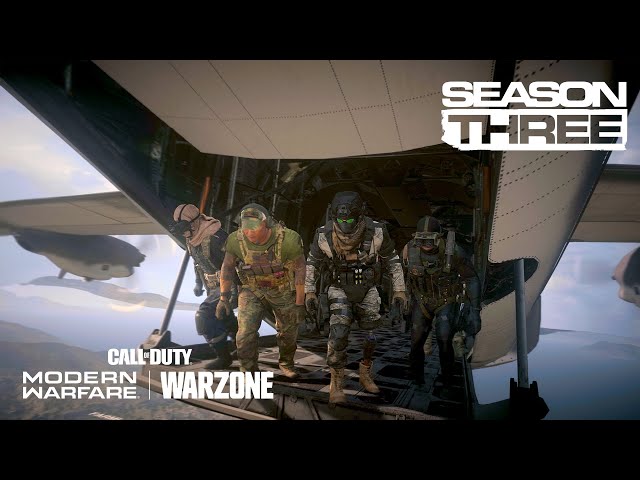 Here's what to expect from Season 3. #ModernWarfare #Warzone pic.twitter.com/FUmrCoPky1

And we’ve gotten a roadmap for the season, too.