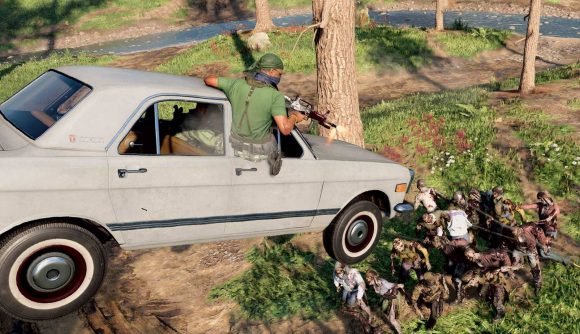 Activision is shutting down a website dedicated to providing stats on Call of Duty: Warzone‘s matchmaking. The co-creators of the site have been ordered to take it down by Monday.

The owners of SBMM Warzone revealed the news on Friday (ta, Eurogamer), tweeting a plea to open some form of dialogue with the developer of the multiplayer game. “Activision’s lawyers reached out and asked us to shut down SBMM Warzone,” The tweet reads. “According to its ToS, we can’t use its API. We’ve tried to reach [Activision] multiple times to become partners, now is our last shot.”

Essentially, the site collects data from Call of Duty’s API. Users sign up using their public profiles, and then all readily available stats are gathered for players to get a readout of the skill levels currently playing across Warzone’s lobbies. The battle royale game doesn’t yet an official system for this, leading players to use resources like SBMM Warzone instead. Eurogamer verified the letter sent by Activision, which states that the site infringes Activision’s copyright, violates the terms of use on Activision’s API, breaches the Computer Fraud and Abuse Act, and leaves its creators beholden to fines under GDPR.

The co-creators have until Monday, March 29, to comply with orders to take everything down. Currently, a message stating as much is on the homepage. A representative for the site, Ben, told Eurogamer he believes a middle-ground is possible.

“Our main goal is to become partners, and we still believe we can reach an agreement with Activision,” He said. “We don’t want to fight them, we are friendlies.”

Activision’s lawyers reached out and asked us to shut down https://t.co/aX094FtqB8. According to their ToS, we can’t use their API. We’ve tried to reach them multiple times to become Partners, now is our last shot. Anyone working at #Activision, please reach out [1/7] ⬇️ pic.twitter.com/EBFNSee2R7

We’ve reached out to Activision for comment, and will update if we hear anything back.