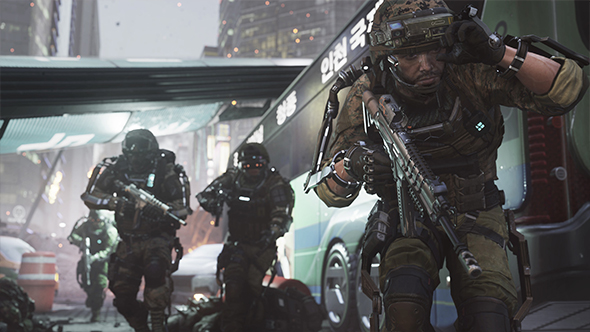 Call of Duty: WWII returned the franchise to its historical roots, and the move has proven a very successful, with a massive jump in player counts over the futuristic Infinite Warfare. But the game wasn’t always set to be a World War 2 game. Instead, Sledgehammer were poised to make a follow-up to their near-future take on the franchise.

Find out how the new game stacks up in our Call of Duty: WW2 review.

“Sledgehammer wanted to make Advanced Warfare 2,” Activision CEO Eric Hirshberg tells Newsweek. The trend in fan sentiment was moving away from the series’ increasingly futuristic settings – infamously evidenced by the “devastating” trailer wars of 2016 – and it seems Activision brass wanted to capitalize on that trend.

That’s not to say that Hirshberg wasn’t confident in Sledgehammer, of course. “We knew they would become historians, that they would tackle it with authenticity, give it tremendous care and we also knew they would capture the unspeakable scale of World War II.”

Hirshberg does affirm that the ability of studios to experiment is still key to Call of Duty’s success. “When you study longstanding franchises, it feels very risky to change them sometimes. But, in my opinion, the biggest risk you can take is not taking risks.” Yet he admits that last year’s Infinite Warfare was the “guard rail” against how wild the franchise could become. “At the end of the day,” he says, “it just didn’t feel enough like Call Of Duty.”