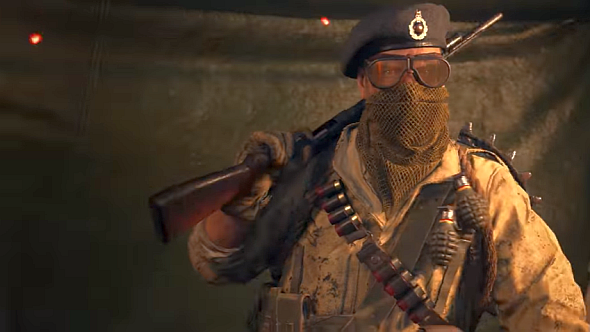 Call of Duty: WWII’s Blitzkrieg community event is now live and will run until May 8, just a day or so before the War Machine DLC arrives on PC.

Did you hear? The next COD might do away with its campaign to give us COD battle royale instead.

The best bit of Blitzkrieg is the return of Ground War, a 9-vs-9 game mode that promises to crank COD’s usual chaos up a couple of notches. It will feature Team Deathmatch, Kill Confirmed, Domination, and War mode, and can be accessed via the ‘Featured’ tab of the public match lobby. The devs say Ground War will be available for “a limited time”, which probably means it’s going away when the event does.

Blitzkrieg brings the party to HQ, too, in that HQ is now a free playable map for Prop Hunt and Gun Game. There are also several new cosmetics to help you look ridiculous in a World War II setting, and six new weapons, including a burst-rifle rifle, an automatic carbine rifle, and a baseball bat.

Finally, for those who’ve missed the COD tradition of a harsh-talking Brit, Blitzkrieg sees the return of Captain Butcher. As part of the Blitzkrieg Community Challenge, Butcher has new contracts and Major Howard has new orders. New orders and contracts are also available in Zombies mode.

For more details, here’s the announcement on the Call of Duty blog. COD: WWII is available on Steam here.