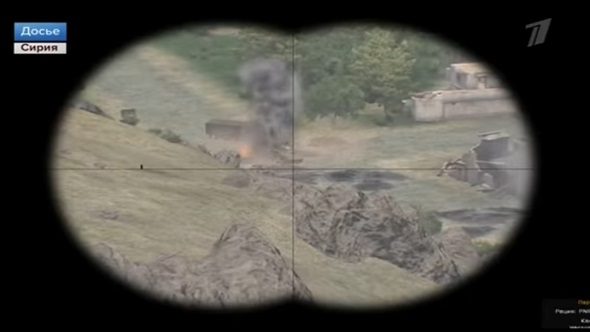 It’s not the first time this has happened, nor will it be the last: a TV station has accidentally used footage of a modern military shooter in a report on real-life military action. This time, it was Channel One, a state-run Russian channel. In a program yesterday, a split-second shot showed off some Arma 3 gameplay, between shots of real world warfare.

FPS games can be great, and better played than residing in archives as stock footage: here’s the best FPS games on PC.

Reported by the BBC on their News From Elsewhere channel, which is dedicated to stories from around the world that don’t fit in traditional breaking news boxes, the report was a part of Voskresnoye Vremya, a weekly news program. The report itself was made to celebrateDefender of the Fatherland Day, and honoured Russia’s armed forces, specificallyRoman Filippov, a pilot who died just weeks ago in military action.

The show has been uploaded to YouTube, and you can see the shot at 4:59 in this video – it’s just a split-second long, but shows a scoped shot of a vehicle being destroyed in Arma 3. Channel One have stated that the footage was put in by accident by someone editing the report, as it was available in Channel One’s archives from a previous report on videogames.

The exact wording is in Russian, and was quoted by the radio station Govorit Moskva, you can read it here. It’s very much blink-and-you’ll-miss-it mistake, but not one that went unnoticed.

It’s not the first time that an organisation has used a screenshot from a videogame as real-life imagery. Late last year, the Russian Ministry of Defense used AC-130 Gunship Simulator as an example to suggest the US were working with ISIS, and just over a year ago, CNN used footage from Fallout 4 to represent hacking in a story on alleged Russian interference in the most recent US presidential election. Those videogames really are getting realistic.