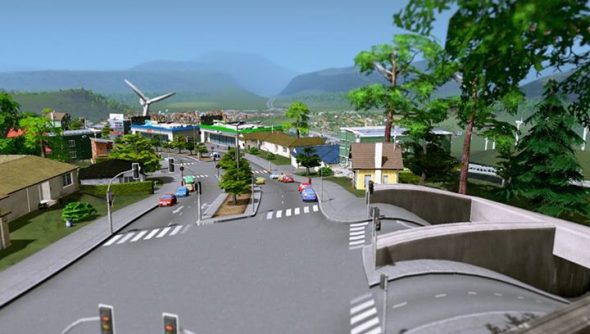 One of the more interesting aspects of Cities: Skylines is the way it seemed to turn the entire PC gaming world into passionate devotees of city-planning and traffic optimization. But there was one crucial tool missing from the arsenal of the aspiring civil engineer: tunnels.

Colossal Order have promised they’re on their way, but today they offered a glimpse of what’s to come. They also suggested that the update will be released later this week.

I can’t wait to re-create the still controversial Big Dig in Boston. Every city I build from now on is going to be resting on a bed of ill-conceived underground highways while the surface is transformed into a pedestrian utopia.

I will say, the thought of driving into one of these tunnels seems a little terrifying. That plunge into darkness… gives me shivers.