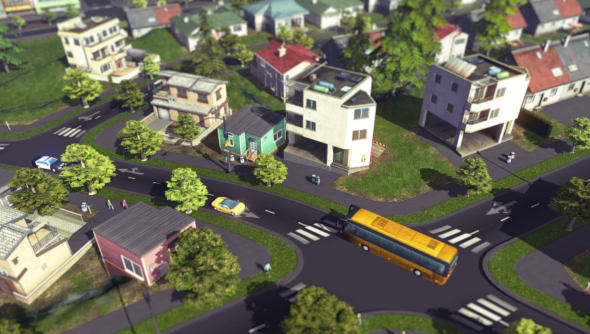 SimCity didn’t live up to its promise as a city builder. Its AI struggled to navigate the metropolis, its regions were too small, and it was packed with bugs. Cities: Skylines looks to right all those wrongs and everything I’ve seen of it so far suggests it will.

I first saw Cities: Skylines at Gamescom back in August and it was one of the best games I saw at the convention. The team are looking to right all of SimCity’s wrongs, they’re giving you vast maps to play with, allowing for every part of Skylines to be modded, and, as a simulation, all its separate parts look to interlink perfectly without bugs.

As much as I knocked SimCity, that game did have a beautiful art style which made its ill-functioning cities appear charming and packed with life. Skylines has the activity and (fingers crossed) the functionality but it doesn’t match Maxis’ charm.

Steve was taken by Cities: Skylines when he saw it before Christmas and you can read more about it in his preview. Hopefully, Skylines will deliver where SimCity and Cities XXL failed.

Can you run it? Check your PC against the Cities: Skylines system requirements.