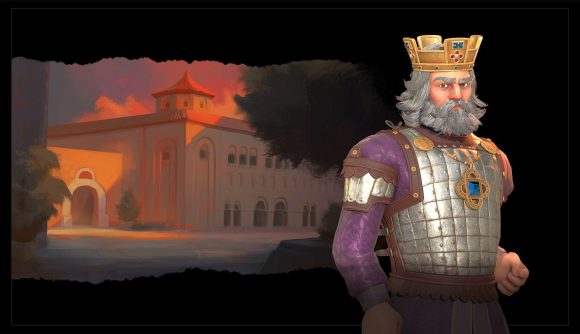 Hot on the heels of news that Civilization 6 gets Byzantium and Gaul in its Frontier Pass next week, developer Firaxis Games has unveiled one of the strategy game’s incoming leaders: Basil II of Byzantium. He’s described as a “distinguished general and administrator”, who “reduced the power of the aristocracy, filled the empire’s treasury, and expanded its borders”. And, along with the Frontier Pass, he lands on September 24.

The leader also has a ‘Porphyrogénnētos’ ability, which lets Basil II’s light and heavy cavalry units deal full damage against cities that follow the same religion as the civ. Oh, and “gains the Tagma unique unit when the Divine Right civic is discovered” – this unique unit being a replacement for the Knight, which lavishes extra combat or religious strength on “nearby land units”. Neat.

Meanwhile, the other of the civ’s two unique units, the Dromon Ship, “replaces the Quadrireme, and has additional range and additional Combat Strength against units,” the clip explains. As for Byzantium’s districts, the civ comes with a unique option called the Hippodrome, which takes the place of the Entertainment Complex district. 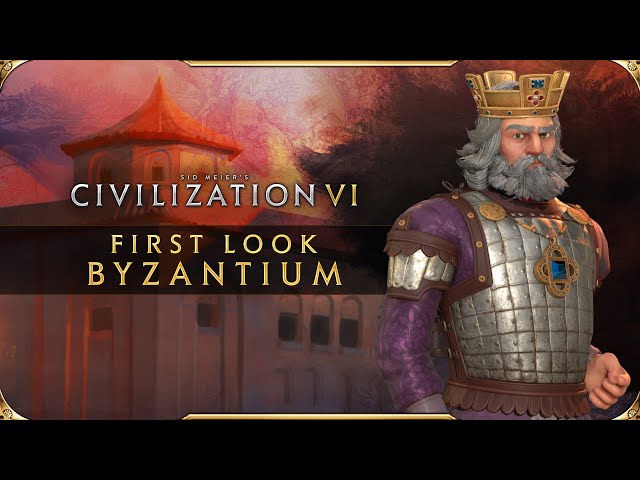 Its advantages include its cheaper building cost, offer of extra amenities, and the fact that it gives a heavy cavalry unit when the Hippodrome itself, and its buildings, get constructed. You can take a look at all of this in action in the clip above.

The Civ 6 Frontier Pass’ third DLC pack – which adds Byzantium and Gaul – arrives on September 24, so it’s not long now until you can dive in and try the new civ out for yourself. Hopefully we’ll get a good look at what to expect in the way of Gaul’s leader very soon, too.