After several years of ‘will they, won’t they?’ Civilization V and Civilization VI finally switched places on Steam’s ‘most played games’ list in 2019. After a slightly underwhelming launch and a small controversy over the price of expansions, the newest release in Sid Meier’s leading 4X game series has finally surpassed the previous entry by a decisive margin.

Newer strategy games dethroning predecessors is in most cases inevitable, but in Civilization’s case the timeline took slightly longer than predicted. Even after the release of both major DLCs, the fifth Civilization game was still holding strong for two years into Civ VI’s life cycle. Even today it brings in an average of 15,000 players, peaking at 23,000.

While Civ VI is now comfortably beating Civ V’s player numbers, it took a while to achieve. So what gave Civilization V such long-lasting appeal in the first place? First, a little bit of history. Sid Meier’s Civilization V — the fifth entry in the legendary strategy series created by Sid Meier — came out in September 2010 to universal critical acclaim.

Urban legend has it that Civ v had an unpopular reception amongst fans, but major outlets actually gave it scores above 90%. But because it was such a radical departure from Civ IV, it ended up splitting the player base much like the split we see now between Civ V & Civ VI, except everyone got over it much quicker. 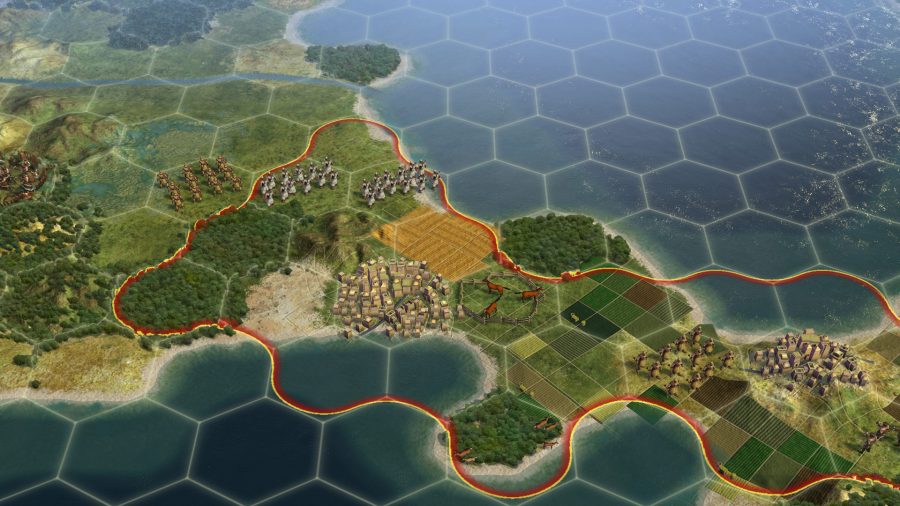 Over the next couple of years, Firaxis unleashed two expansions for Civ V that expanded the scope; adding proper diplomacy, religion, and culture to the game; and transforming it into a mile-wide, mile-deep 4X experience that catered to a wide variety of playstyles. Fast-forward to October 2016, and Sid Meier’s Civilization VI launches to generally favourable reviews. A few points below the scale of the previous game, but still in the upper 80s and low 90s. The fans, however, are significantly less impressed.

The end result was a prettier game... but which still came up short of Civ 5 and its expansions.

Unlike Civilization V, which drastically changed the formula and map of the game world of its predecessors, Civilization VI was more of a tweak of the same formula. While the game itself was in a better state content-wise at launch than Civ V was, the game changed or removed many features — like the United Nations or proper trade systems — that were fully integrated into the previous game. The end result was a prettier game complete with a new district system and a fully baked-in religious system straight out of the box, but which still came up short in the face of Civ V and its expansions.

The price was and still is the biggest obstacle to Civilization VI’s appeal. After the game launched and was found wanting, the world was faced with the option of getting the brand-new Civilization VI for £40, or the vast, excellent, and battle-tested Civilization V with all of its DLC and updates for £10. The idea of paying four times for something that was seen as a mild upgrade at best was daunting, and many veteran players who had already forked out a lot of cash on Civ V were reticent to spend money on what could be considered a downgrade. 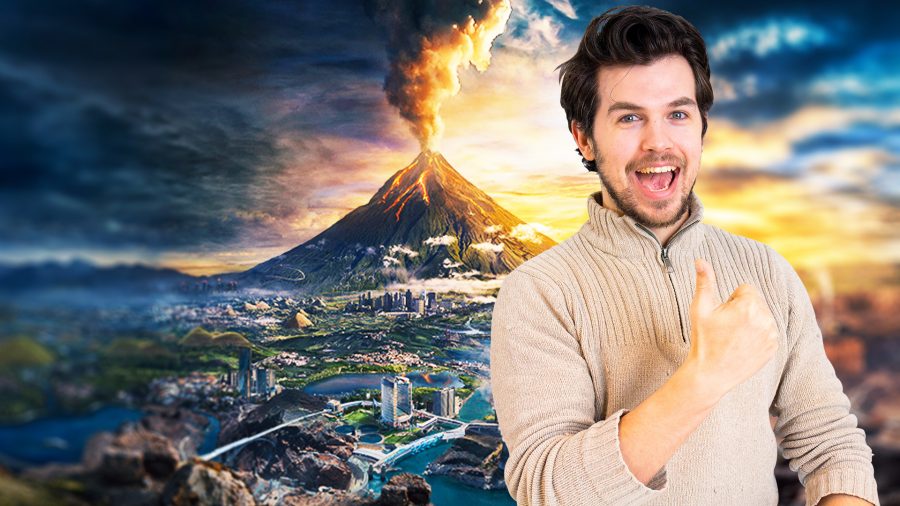 Change itself was also the issue. Every new or revised mechanic is bound to stir up dissent, but some fundamental changes ended up being at odds with the how the series’ player base expected to play their game. The move to housing and amenities instead of food to regulate growth effectively removed player’s abilities to shape their own civilisation, adding hard gates to progression in the form of districts and tile space that could only be unlocked with time instead of brute force via proper management.

The lack of meaningful penalties for more cities — a staple of Civ V’s strategy — meant that every single culture was now able to expand unregulated from the first turn, which then transformed Civ from a mix of capital, main, and satellite cities into the endless micromanaging of dozens of small cities. In essence, one of the main issues of Civ VI is that while it caters to more playstyles on paper, in practice it caters for less. 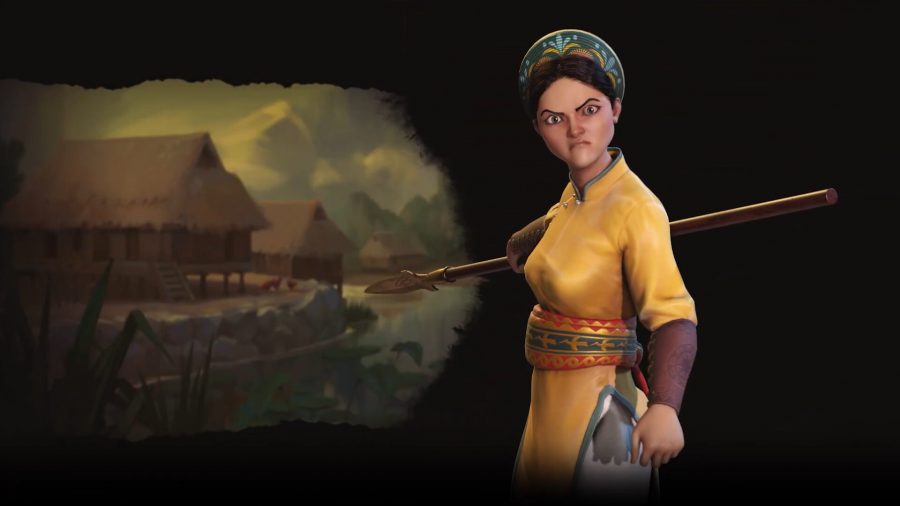 Civilization V’s mechanics and design philosophy offered deeper differences between empires, from the Egyptian’s flat 20% bonus to wonder constructions, to the English’s +2 movement bonus on sea units. In Civ VI, the Egyptians get a slightly smaller 15% bonus to wonders that *only* applies on tiles near rivers — making them true to their history but ignoring 90% of the game map’s tiles — and the English get a rather boring boost to archaeological districts that only really makes a difference in the late game (and even then, it’s marginal).

But neither of that even comes close to Venice — Civilization’s most unique civ, and the stark difference between both games’ interpretations. In Civ V, the fan-favourite faction of Veneza represented by Doge Enrico Dandolo cannot found or annex cities. Its expansion is restricted for most of the game, leaving players with a single city to weather any storm. To make up for it, trade route slots double in size, allowing Venice to stockpile money in fantastic amounts and eventually buy city-states with the use of the Merchant of Venice unit. 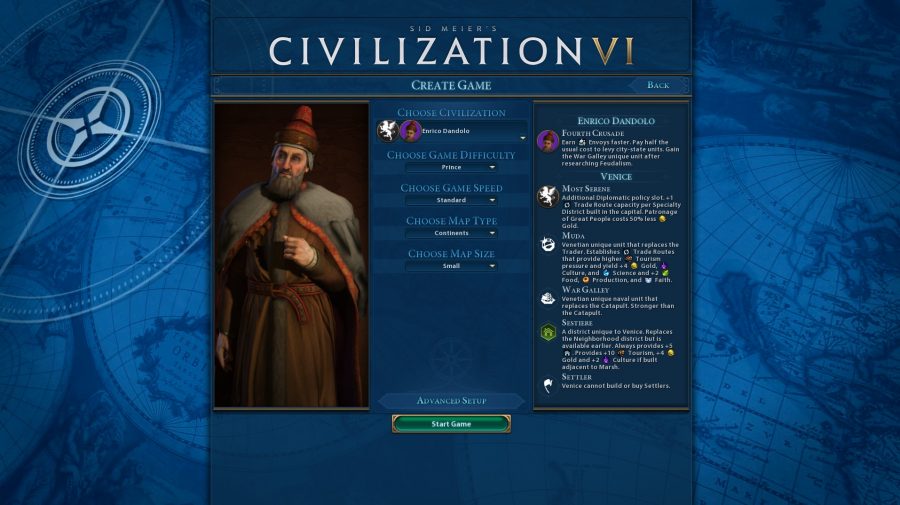 The necessity to build tall instead of wide presents an experience unlike any other in Civ V, and Venice can easily stand toe-to-toe and even steamroll other Civs when played properly thanks to its lack of expansion penalties, its super developed capital, and its overflowing gigantic coffers. Civ VI, on the other hand, has no culture that comes even close to that, and the game straight up punishes building tall over the overwhelming incentive it presents to go wide with expansion.

The general expectation was that Venice or factions like it would come to the game eventually, and once Civ VI went on sale and had a few proper DLC under its belt, it would be a real contender — but that never came to pass. When the first and second expansions finally arrived, they continued the launch trend of asking the price of a full game for what was essentially a modicum of content. Four years after launch, prospective Civ VI players are looking at +£100 if they’re not willing to wait for a sale. 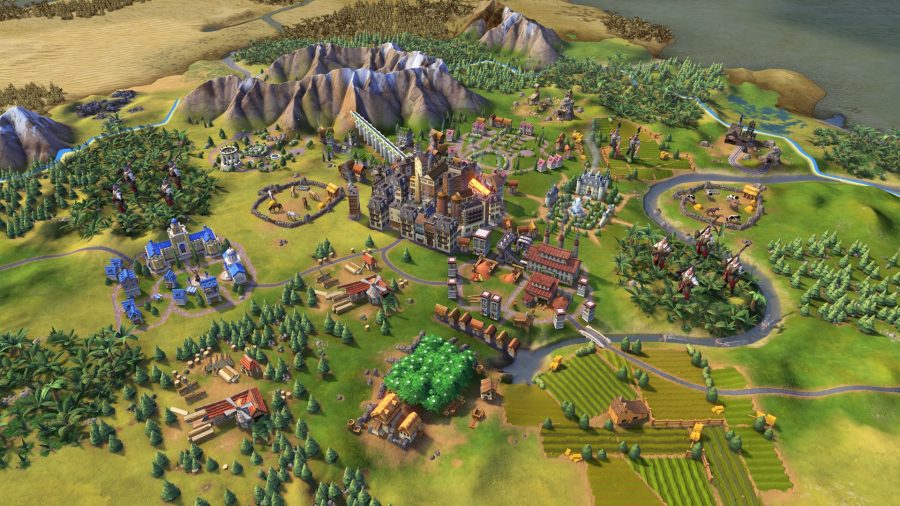 King of the 4X

Over the last few years, Firaxis has discontinued support for Civ V. Multiplayer games — the stability of which ranged from reliable to infuriating — have degraded further since Civ VI’s launch. It’s gotten to the point where many have begrudgingly decided to move to the newer game for a more stable environment for online play. It helps that since the Gathering Storm expansion was released in February 2019, Civ VI has enjoyed plenty of sales. It was even running a 71% discount at one point and was recently offered for free via the Epic Games Store. All of which has helped ease the transition.

Now, Civilization VI stands far above Civ V in Steam’s player count. It’s actually the 24th most played game on Steam at the time of writing, and the highest strategy game on that list. There were rumours of a third expansion for a while (more than Civ V received), but instead it seems Firaxis opted for a ‘season pass’ model where they will be rolling out a wave of smaller DLCs over a longer period. The New Frontier Pass is almost over, but so far it’s offered a steady stream of new civs, new leaders and new game modes, along with other smaller bits of content.