In case you missed the news, Civ VI is getting a new season pass. It’ll add eight new civs, nine new leaders, six new game modes, and a sprinkling of city states, wonders and so on, across six bimonthly pieces of DLC.

After a fallow period for Firaxis’s genre-defining 4X strategy series, any news is welcome news – especially given how much value the studio’s inventive alternate game modes, and the civs in previous expansion Gathering Storm, have all added to Civ VI. And yet, after a third expansion was one of the new content options polled in a player survey, there has been speculation that it might be on the cards.

We probed a little deeper about the New Frontier Pass with Anton Strenger, lead designer at Firaxis. Read on for some exclusive insights into why Firaxis went with this approach, what the studio feels it brings to the game, the opportunities it entails for Civ design, and more.

PCGamesN: We take it the New Frontier Pass draws on the insights gleaned from the survey last August – can you summarise the results of that survey?

Anton Strenger: From the survey, our biggest takeaway was that players are actively looking for more Civilization VI. That might seem somewhat obvious, but it’s not something we take for granted – especially as it’s been four years since we initially announced the game. More specifically, we heard from players that new leaders and civilisations top their wish list. There are still lots of interesting cultures from history who are good candidates for civilisations and plenty of compelling leaders, and we always enjoy the process of designing these, so we’re happy to give players more! 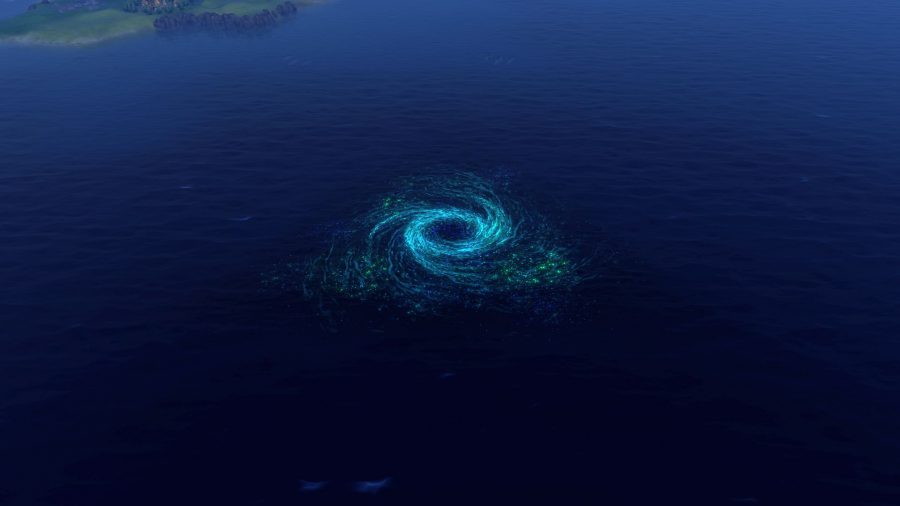 One of the features polled in that survey and of continuing interest to the community is new leaders, but the New Frontier Pass adds only one more leader than it does civs. Did the team consider a pack focusing on multiple new leaders alone?

Deciding on what leaders and civilisations to add to the game is always a tough choice, but the team felt strongly that adding new civilisations – some to the franchise for the very first time – was the right way to go.

Why did you opt for this model rather than a third full expansion? Have you been dissatisfied with the cadence of support for Civ VI so far?

Not at all! We felt strongly that having delivered two expansions since launch – Rise and Fall and Gathering Storm – the current state of Civilization VI’s gameplay systems, depth, and balance are in a great position, and that an additional expansion could add complexity to the core experience that we feel would tip the balance and overcomplicate the game.

The gameplay modes we’re adding are new systems that players can opt into more modularly and let us push design in some directions that maybe play a little looser with historical realism, but if you enjoy testing yourself against historical leaders or leading great civilisations from history, we’ll have plenty of those too. Additionally, we’re interested in learning how to create and deliver content on a more frequent basis to players – releasing scheduled content provides us that opportunity! 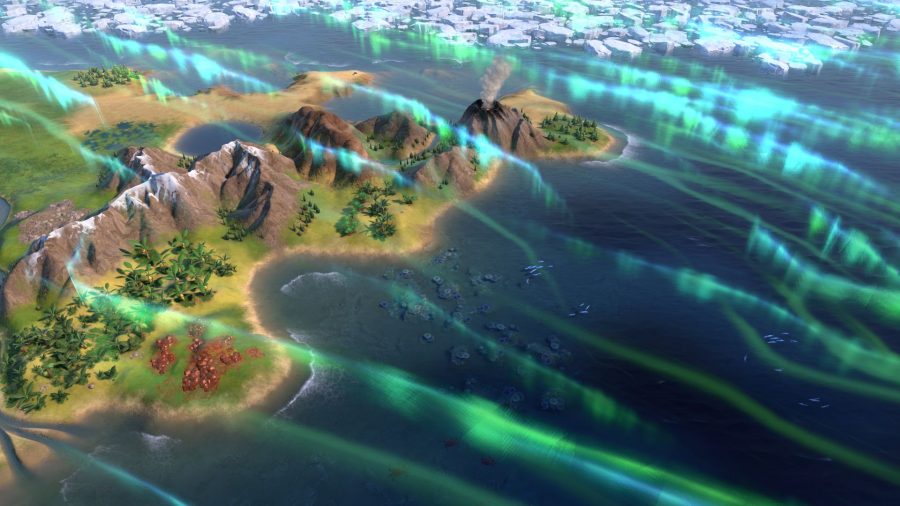 Can you rule out a third expansion for Civ VI?

At this time we don’t have any plans to build a third expansion.

The New Frontier Pass adds no new game systems as an expansion would. What does this entail for civ design?

The gameplay modes we are adding do take effect across the course of the game but they’re not unified by a single overarching theme, so I just want to be clear about that. The civilisations and leaders we’re designing continue to provide interesting benefits and tradeoffs to players – this is something that we have been very happy with as designers, and our players have responded to enthusiastically.

Civ design was really interesting this time around because the New Frontier Pass is available to all players, even those who only have the base game. So it was a really fun chance to go back into that design space and come up with fresh new ideas that don’t rely on expansion systems, with all that we’ve learned about the game from ourselves and from our players over the last four years. 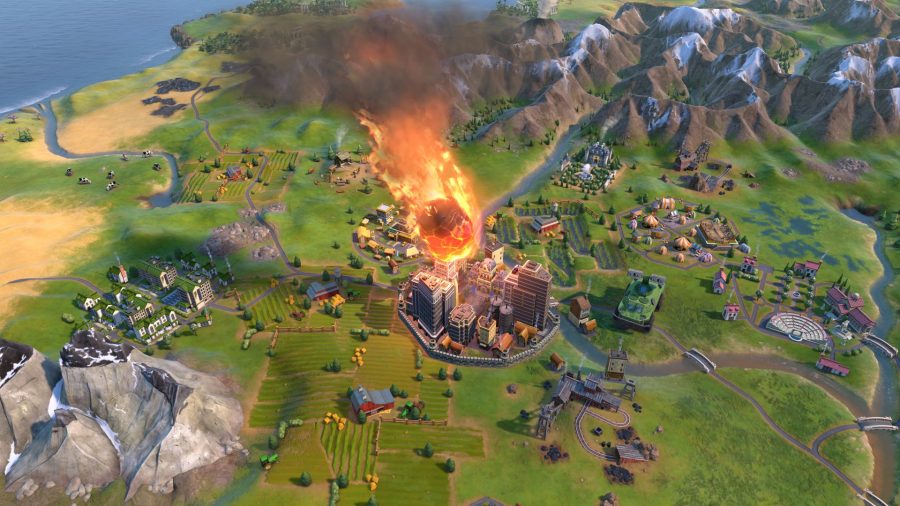 The New Frontier Pass is priced the same as Gathering Storm at launch, yet adds no new systems – what are your thoughts on the value proposition?

We know that our players agree they want more leaders and civilisations, and we’ll be delivering lots of those. The total of everything we’re delivering – civilisations, leaders, game modes, wonders, and city-states – will provide all the replayability Civilization players want and expect. We also believe the new gameplay modes we’re adding are a great addition, especially for veteran Civ VI players who want to shake up their game a bit. They add a ton of replayability as they can be mixed and matched and overlapped, and by the time players get to some the packs later in the pass, they will be seeing all the fun and rich combinations that we are in our playtesting.

More like this: Civ VI is one of the best strategy games on PC

It’s worth noting that each DLC pack can be purchased individually, and that we’ll be providing the Teddy Roosevelt and Catherine de Medici persona packs as exclusive bonuses for pass owners; these change those leaders and their strategies. With each release, New Frontier Pass players are going to get something that can substantially vary the way a game of Civilization VI plays out. We’ll also be providing free updates in between each DLC pack that will include new maps, scenarios, balance updates, and more!

Gathering Storm saw a swing in design towards civs that were exceptionally strong in particular systems (eg Mali with purchasing, Hungary with levies), where the launch civs were more rounded. Will this continue in the New Frontier Pass?

You’re right in that each civilisation tends to have something that it does well and as we’ve listened to our players over the last four years, we think there’s interest in civilisations that really play with the games’ rules in interesting ways. We always want to make a civ that’s fun to play, rather than designing with an eye towards specific systems. 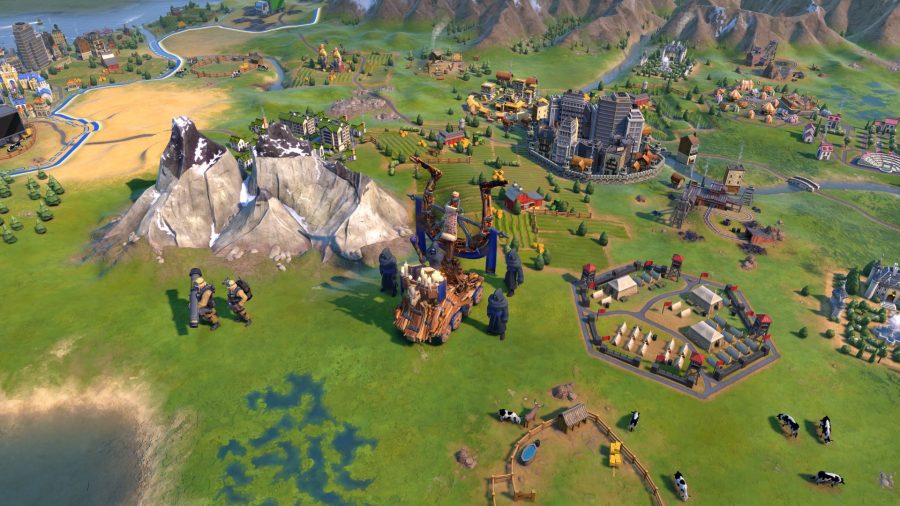 We see several new natural disasters in the promotional screenshots. How if at all will we be able to predict, defend against, or mitigate the damage of asteroids, comet showers, solar flares, and forest fires?

Some of the disasters you’ll be able to see coming, but others will be unavoidable! The most damaging and unpredictable disasters, though, are only in a game with Apocalypse mode, and they are not common until climate change reaches its final level. A very fun part of this mode is the new Soothsayer unit, available in the early game, which can actually trigger disasters. So that’s one way you can see a disaster coming. If an enemy sends a Soothsayer your way, watch out!

Finally, any comment on when or if the modding community will get access to the DLL source code?

At this time we don’t have plans to release the DLL source code.