Strategy games used to be on the frontline of multiplayer PC gaming. Way back in 1995, CivNet laid the foundations for multiplayer in Civilization, which remain mostly unchanged even to this day, while the original Command & Conquer came with two copies of the game to facilitate LAN play. These series have always let you form alliances, but what if they let you have multiple players controlling the exact same team.

Just picture it: a married couple squabbling over childrens’ claims in Crusader Kings 3; players controlling different states or regions within a single empire in Civilization; or splitting players into agricultural, construction, and military duties in Age of Empires. This kind of untethered, unguided co-op play would force players to constantly communicate and self-manage – a bit like Overcooked, but instead of juggling tomatoes and dirty dishes you’re dealing with entire empires.

The game that’s recently introduced me to the joys – and indeed the frustrations – of same-team multiplayer is Rimworld, or more specifically Zetrith’s multiplayer mod for it. The premise is simple: every player has equal control over the colony, and you just see the faded mouse cursors of other players moving around the screen. Crucially, there’s nothing in the UI to indicate what other players are doing, which means you’ll need to talk constantly to stay in sync and not tread on each other’s toes.

Things get off to a smooth start. Each player controls a specific character with their own specialisations, so distinct roles evolve naturally. I quickly become responsible for electricity and military management, the pacifist among us takes care of farming and animal taming, while a third deals with construction and research. In a game as complex as Rimworld, splitting duties like this can actually be a bit of a relief, leading to a more relaxed style of play than single-player. 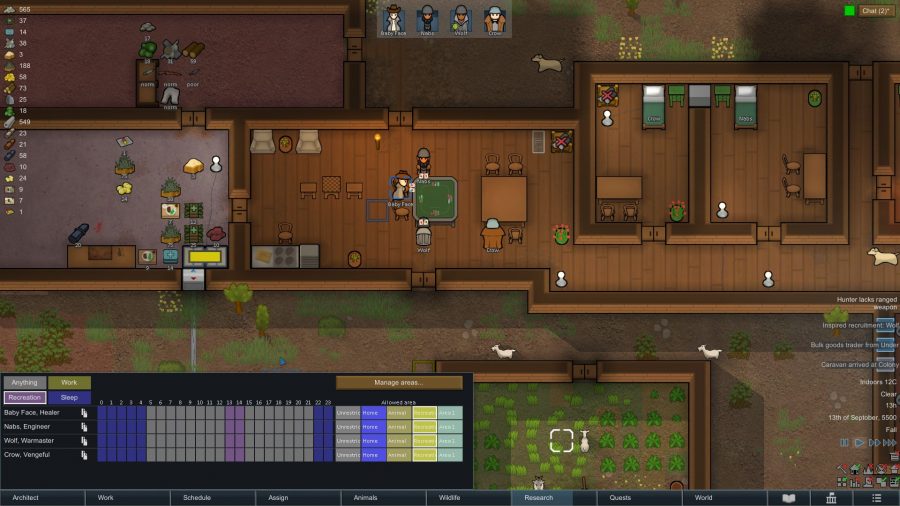 But the pressure soon ratchets up with raids by rival tribes, power shortages, and oppressive weather conditions forcing communication into the background. Instincts take over. Players start breaking the loosely laid rules or find loopholes to shirk their responsibilities.

Perhaps things could escalate to civil war, resulting in dominant factions or breakaways

That’s how I end up seizing control of another player’s farmer and drafting them into my army to defend against raiders. I might be able to chalk this one up as a forgivable miscommunication, but I find myself with plenty to answer for when the draftee returns missing a leg. We argue as the farmer tills the fields, hobbling around on a shonky pegleg.

On the bright side, at least my co-player can rest assured that I won’t be drafting that particular farmer into battle again, and they can always lobby our head of research to focus on discovering prosthetics to replace their splintery stump. 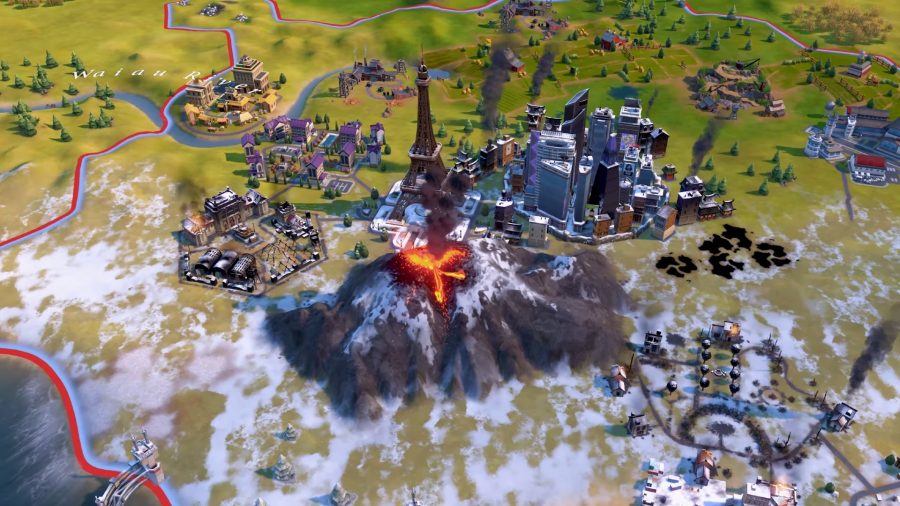 Now, let’s apply this to Civilization. An age-old problem with multiplayer in 4X games is that after several hours they can really slip into a lull – the giddy ramblings of the early game make way for hours of silence as everyone gets on with their own thing. Things get even more protracted in the late game as players who are clearly out of the running trudge towards a finish line that’s still many hours away.

a bit like Overcooked, but instead of juggling tomatoes and dirty dishes you’re dealing with entire empires

Same-team multiplayer could solve these pacing issues, but how would it actually work? Here’s my version. At the start of a game each player controls a settler from the same civ. Once a city is founded, it’s controlled entirely by that player, as are the subsequent units, settlers, and cities founded off the back of that very first unit. You’ll share the same resource and production pool, so communication about who’s taking care of what still matters.

Now, you could have separate players assigned to different key decision areas – one takes care of new laws and civics, another manages trade and diplomacy. Or you could integrate a simple voting system, whereby each player gets pulled into major decisions like war, law-making, and government changes to cast their vote. And if it’s a hung vote? Well, you better all talk it through and make a damn decision, otherwise the empire falls behind. Desperate to start a war? You might need to sweeten the pot to convince a fellow counsellor that your revenge tour is a good idea. 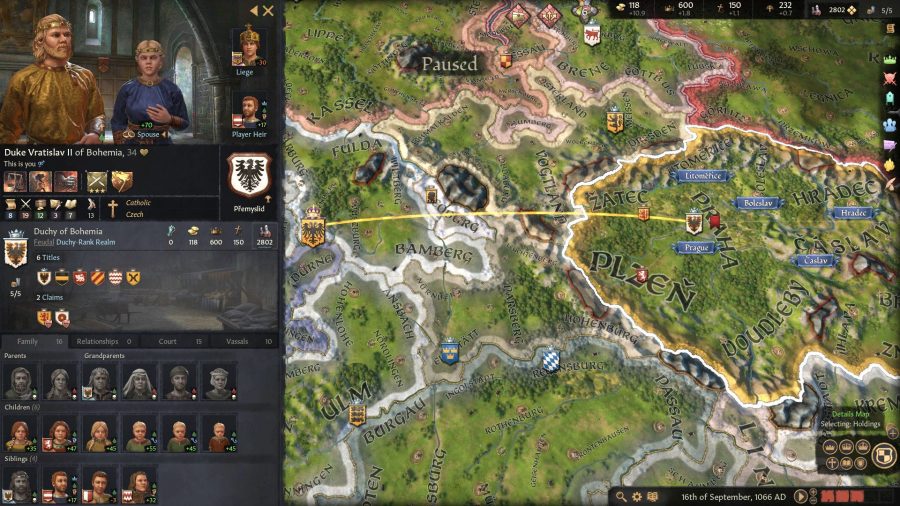 Or, to foment those sweet internal tensions, how about a system whereby the more a player contributes to the civilization – through factors like military might, wonders, and culture – the greater the value of their vote when polling major decisions. This would add all kinds of disharmony and nastiness… think Khrushchev, Beria, and Malenkov battling it out for their turn at the helm of the Central Committee. Perhaps things could even escalate to civil war, allowing players to extend their intra-imperial power to become the dominant faction, or even let one or more players break away to form new empires.

Looking at other 4X games, Old World already lends itself well to this kind of play. Its Houses system, where each city is governed by one of three internal factions in your empire, acknowledges the internal complications of running a nation and could translate seamlessly into same-team multiplayer.

In the broader strategy genre, you can already have different players controlling different members of the same dynasty in Crusader Kings. You can even be a husband-wife couple, but this kind of falls apart in the next generation when one player may well drop out of the game due to their children being assigned to the other’s bloodline. 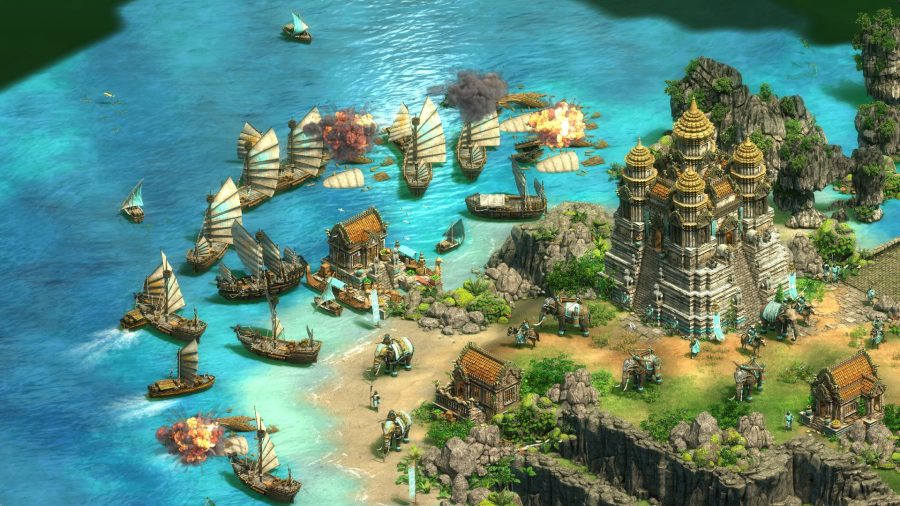 More fittingly, there’s a sneaky workaround in Age of Empires 2: Definitive Edition to have multiple players control the same team, and it’d be great to see this expanded upon in the upcoming Age of Empires IV.

Even in a simple form, like with the Rimworld mod, this type of multiplayer offers a engrossing and communication-led way to play. With a bit more structure and developer input, it could open up a whole new layer of cooperative play in strategy games, fixing some of their longstanding pacing problems in the process. Age of Empire IV? Civilization 7? Over to you…

What if?’ is PCGamesN’s regular feature series. Check back every Saturday for more hypotheticals, from thoughtful speculation about actually-plausible industry developments, to dream crossovers, to nonsense like Half-Life 3 happening. If you’re yet to check out some of the games above then you can check out Age of Empires via Game Pass for PC or buy Civilization VI here.