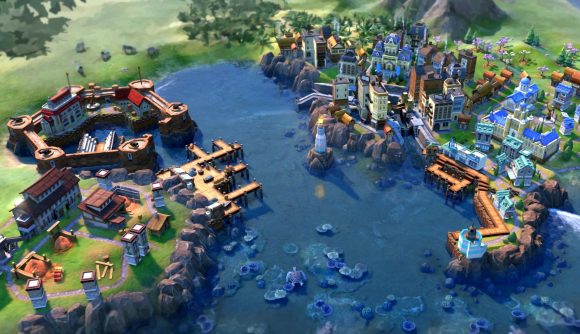 Your options for Civilization 6 coastal cities have just expanded, thanks to a new fan-made creation. A new Civ 6 mod posted on the 4X game’s Steam Workshop aims to “split and expand upon the gameplay functions of the harbour district” by giving you two new districts and five new buildings to try out – and it’s proving popular among the community so far.

Civ 6 fan Albro’s new More Maritime: Seaside Sectors mod folds in these brand-new buildings across two new water-based districts. The first of these is an Arsenal option which is a base for naval military facilities focused on military and production and “likes unimproved sea”, as the modder explains in a design document for the mod.

The Arsenal district unlocks ship building, and brings gold and production yields, and brings some neat attack and defence effects. The Arsenal lets you construct a warehouse, dry dock, and naval academy – tier one, two, and three buildings, respectively – which each bring their own neat gameplay mechanics, too, such as extra Admiral points per turn, more combat XP, and increases to strategic resource stockpiles, among others.

The Waterfront district, on the other hand, is focused on food and growth and is suited to sea districts and features, such as kelp and reefs. This district unlocks naval tradition and brings some handy food adjacency bonuses, as well as effects like extra housing, appeal, and amenity under the right conditions. 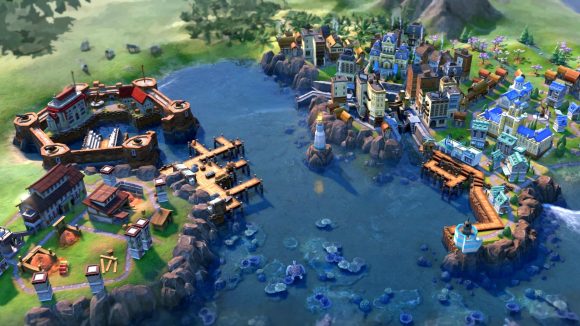 The Waterfront district lets you construct two new buildings: the breakwater and boardwalk. The former (tier one) also unlocks naval tradition and has some bonus housing, science, and food effects, while the latter (tier two) unlocks opera and ballet and brings some food and culture yields, plus some handy related bonus effects.

You can check out the full rundown of changes in the design doc linked above, and on the mod’s page on Steam Workshop right here. So far, it looks like it’s been a bit of a hit with fans, with a five-star rating currently and a string of Steam Point awards from fans. If you’re keen to grab it, you can do so at the above link – as ever, mod with caution and be sure to check out our Civ 6 guide for some pointers if you’re new to the game.