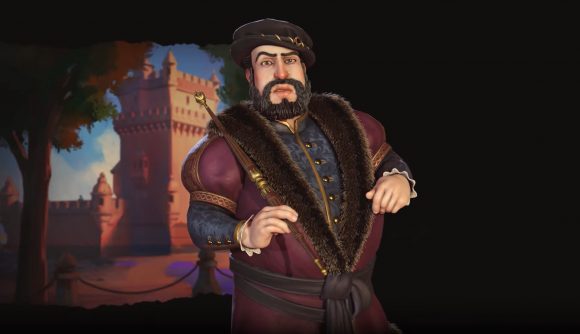 Earlier this week Firaxis announced the sixth and final pack in the New Frontier Pass, the year-long run of micro DLC expansions and free updates that have introduced everything from new civs to new gamemodes, and more.

The final DLC in this season is the Portugal pack, introducing the fan-favourite civilisation into Civilization VI, and now we know more about its abilities and play styles. Ya boy-o, João (the third) leads the nation. He was King of Portugal in the mid 16th century, and the kingdom rose to global prominence in trade and international relations during his reign.

It’s of no surprise then that, as a civ, Portugal specialises in maritime trade and meeting other civilisations. João III’s unique ability is ‘Porta Do Cerco’, and it gives +1 sight to all units. It also grants one additional trade route capacity every time you meet a new civilisation, and you also get open borders with all city-states. This ties in perfectly with the innate abilities and unique units of Portugal itself. The civilisation’s innate ability is ‘Casa Da India’, and restricts international trade routes so that they’re only able to reach cities on the coast, or with a harbour.

However, these trade routes will generate +50% extra yields. Traders units also have +50% extra range when travelling over water, and they can embark onto water as soon as they are unlocked (instead of having to wait for another tech to enable this). 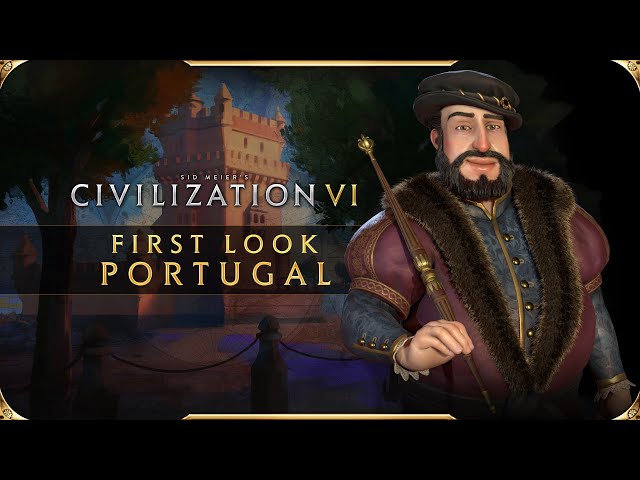 The unique Portuguese unit is the Nau, which replaces the Caravel. It starts with one free promotion and costs less in maintenance. It can also build Feitorias, which provide extra gold and production to a city, and also to Portuguese trade routes going to that city. There are some quite specific restrictions on where they can be built, though.

Portugal also has a unique district called the Navigation School, which replaces the university. It provides bonuses towards naval unit production and science generation. I can see Portugal being an interesting civ to play with, especially with something like the monopolies and corporations rule set introduced earlier in the year.