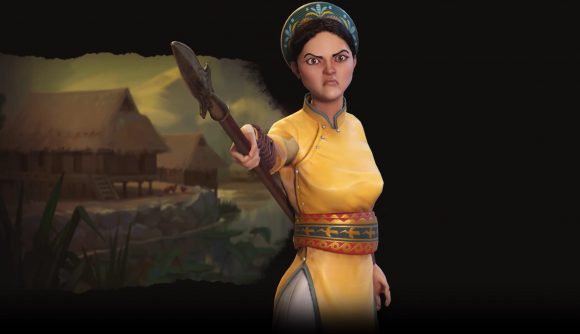 The penultimate expansion pack from Civilization VI’s New Frontier Pass was recently revealed. The Vietnam and Kublai Khan pack introduces the latter as a leader for the Chinese and Mongolian civilisations, but it also adds in a new Civ 6 civ in the form of Vietnam. We’ve just been given our first glimpse as to how they’ll play as a faction in the popular 4X game.

Vietnam was initially teased as a 'terrain and culture'-focused civ, and we’ve been given some additional details as to what this means. When playing as Vietnam, you can only build land-based speciality districts on rainforest, marsh, or woods tiles. This will restrict your building options up to a point, but it’s worth noting that you’ll be able to plant new woodland tiles (but not rainforest) on grasslands with the 'medieval fares' civic.

You also get additional production, science, or culture bonuses depending on which tile your districts are being built on. The general wisdom at the moment seems to be to build districts early to get ahead of the competition, especially in production or science.

The unique unit for Vietnam is the Voi Chiến, a medieval-era ranged unit that replaces the Crossbowman with some elephant-riding badasses with bows. These (absolute) units get movement and sight bonuses, and can move after attacking, which is bonkers. 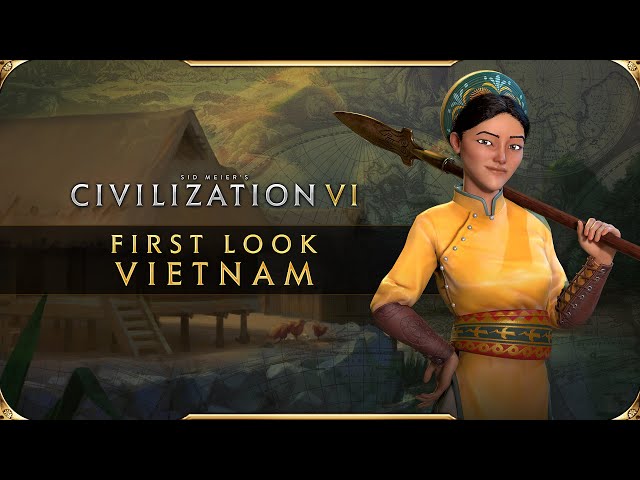 Vietnam’s unique district is the Thanh, which replaces the encampment. It generates culture for each adjacent district and does not require population to run. Once you’ve researched the flight tech, it also generates tourism equal to culture output.

Last but certainly not least, Vietnam is being led by the notable 3rd Century AD warrior Bà Triệu, who also goes by the name of Lady Triệu (although her real name is apparently unknown). She is credited with leading a stiff resistance against one of China’s famous ‘three kingdoms’, and this legend is brought to life via her Civ 6 leader persona.

Lady Triệu leans into Vietnam’s affinity for certain tiles with her ‘Drive out the Aggressors’ ability, which gives additional combat strength for units fighting in rainforest, marsh, or woods tiles. This buff is further increased if those tiles are owned by Vietnam. 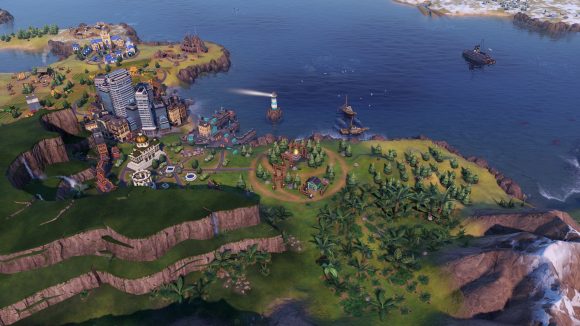 If a unit starts its turn on one of those same tiles, it also gets additional movement points which are increased again if that starting tile was within Vietnam’s borders. Combined with the Voi Chiến’s affinity for zipping around, this sounds like a silly combo, but excellent for defence.

Buy now: It’s a great time to get into Civilization VI

And that’s everything there is to know about Vietnam in Civ 6 at this point! I expect we’ll find out about the new Kublai Khan leader early next week.

The Vietnam and Kublai Khan pack is due out next Thursday, January 28 on PC via Steam and the Epic Games Store.