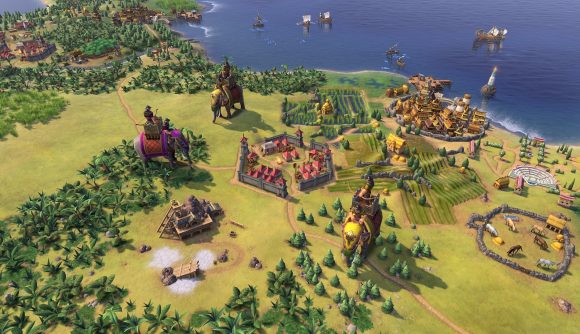 We’ve also since learned details regarding how the new Vietnam civilisation will work, as well Kublai Khan’s leader abilities.

Original Story: We’re now approaching the end of the Civilization VI New Frontier Pass run of micro-expansions, and details regarding the fifth pack have just dropped. Releasing next week, the premier 4X game‘s new pack will be adding to the roster of Civ 6 civilisations with Vietnam, and existing civilisations China and Mongolia will be able to make use of a new leader, Kublai Khan.

In addition, this pack will also introduce a new game mode that focuses on economic power and living out your secret fantasies about being a business mogul with a silly moustache and lots of money. The ‘Monopolies and Corporations’ mode will, among other things, let you build up industries around specific luxury resources. Before now, only the Catherine de Medici alternate persona was able to get any kind of bonus from developing more than one tile of the same luxury resource.

Now, though, you can seek out and control as many copies as you can get your hands on. Developing ‘industries’ around these resources will let you bestow powerful buffs on your home cities. Eventually, you can level up to a corporation which will let you create ‘products’ that can be slotted into stock exchanges and seaport buildings, in a similar way to how great works interact with museums. 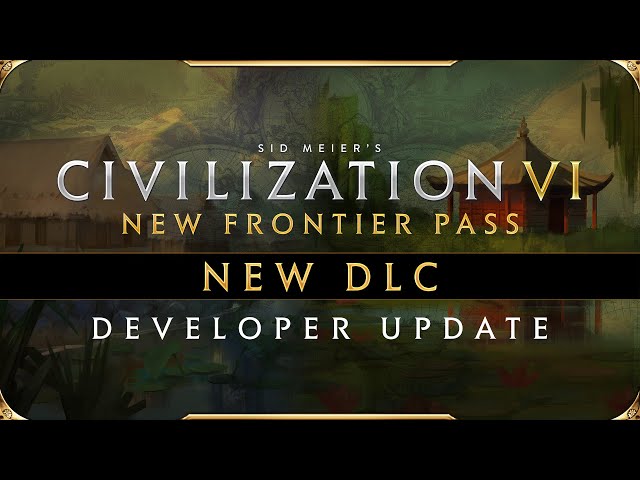 If you manage to control the global supply of a resource, you can create an official monopoly which will net you ‘making it rain’ levels of gold and tourism. While the new game mode will be available if you only own the base game, some luxury resources do require Rise and Fall.Vietnam is reported to be a terrain and culture-focused civilisation, but there are no hints as to what Kublai Khan’s strengths might be.

In history, he is credited with finishing the Mongolian conquest of China and establishing the Yuan dynasty, which lasted just over a hundred years. He was also the first non-Han Emperor of China, and was portrayed by Benedict Wong in the rather excellent TV show Marco Polo. This DLC will also introduce a new district called the ‘Preserve’, which includes two new buildings and is about celebrating nature.

After this, there’s only one more pack left due as part of the New Frontier Pass expansion run, which should land in March. That pack is due to add one final civ/leader combo, a final new game mode, a new map, and more.

More like this: Read our complete Civ 6 DLC guide