Civilization 6 is a great 4X game that can give you countless hours of fun, even playing it solo against the AI, and the various Civ 6 leaders help make it a consistently diverse experience. If you’re lucky enough to have friends who also like playing the game and who can commit to regular play sessions, then this turn-based strategy epic becomes truly transformative.

‘Competitive’ Civ isn’t really a thing in the same way it is in mainstream esports, but there is a certain objective truth to every civilisation and leader. Some are good, some are bad, many are situational. We’ve already got an excellent list of the best Civ 6 civilisations across the various victory types, as well as a guide to all of the different agendas in Civ 6 when playing against the AI.

For this latest guide, we’ve taken a look at the various leader options through the lens of multiplayer. Credit to reddit users Riparian_Drengal, Kirbylover314, and Flyingpengguins, we’ve used their own excellent multiplayer tier guide as a basis for our own rankings. There is also this guide from user Lpexlaheavy, so there’s plenty of other theory crafting out there if you want to go have a look. Additionally, thanks to boesthius and peppermint_butler, whose post-April 2021 balance patch tier lists provided additional insights.

These are the best Civilization 6 leaders for multiplayer:

Please note that we’re assuming you have the Rise and Fall and Gathering Storm expansions, as well as all of the leaders introduced with the New Frontier Pass.

Therefore, this list reflects the state of the complete game as of the April 2021 balance patch, which included changes to more than half of the civs. Also, while mods are common in competitive Civ 6, our tier list reflects only the in-game versions of these civs and leaders. 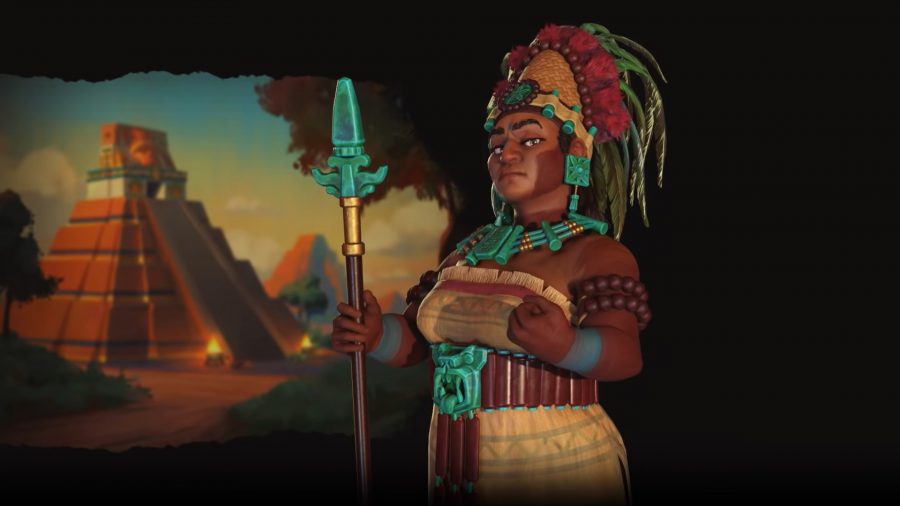 These are the best of the best, the cream of the crop, the elves on the shelves… for the reasons we lay out below, the following Civs represent the best in terms of how they fare in competitive multiplayer. These S-tier civs have the upper hand in multiplayer games because they’re versatile and capable of winning without strong deference to start conditions or outright luck.

Hojo is an excellent generalist civ who can flex into multiple victory types either through his own ability, Divine Wind. This ability gives +5 combat strength to units when fighting on coast and allows the civ to build encampments, theater squares and holy sites in half the time, giving players a huge head start over opponents.. For multiplayer, things like the Japanese Samurai are less impressive despite its innate ability, as you can’t ‘pre-build’ them as early-game units.

The real strength here lies in the enhanced adjacency bonuses and how you can tailor your civ towards whatever victory type you choose. The hurricane buffs are mainly for bants.

Cyrus is well suited to a cultural victory due to the bonuses Persia gets from internal trade routes and their unique tile improvement, but the leader himself is also quite formidable in combat. While he has no innate buffs to combat strength, the movement bonuses from declaring a surprise war can prove decisive in securing an early lead.

Plus, he doesn’t generate as much grievance from surprise wars, and doesn’t suffer the same yield and loyalty penalties relating to occupied cities provided he keeps them garrisoned.

Germany’s Free Imperial Cities civilization ability makes Barbarossa a versatile multiplayer civ. The ability allows Germany to build one additional district per city beyond the game’s normal district population limits, which means strong planners can quickly build up their cities in the early game with districts that provide faith, science, culture, gold or production. Additionally, Germany’s hansa, which replaces the game’s industrial zone district, provides hefty production bonuses and requires half as much production to build.

Because Barbarossa receives an extra military policy slot with his chosen government type and +7 combat strength against city-states, this civ can forcefully capture city-states in the early game instead of wasting valuable production time on settlers. Taken together, these attributes render him an S-tier civ.

Curtis’ leader ability makes Australia a strong defensive civ, allowing you to create more military units quickly should you find yourself caught unawares. You can also trigger the same production boost if you happen to liberate a city as well, meaning offensive wars carry incentives provided you pick the right target.

Australia’s main strengths lie on the coast, which can make them slightly situational depending on the map, but they can easily expand city borders via pasture culture bombs. The yield bonuses to specific districts are also nothing to sniff at, but you’ll need to make sure you take care of your appeal ratings.

Peter is a useful leader in multiplayer because he can still benefit even if your rivals pull ahead, provided he can expand his trade network to the right opponents. The abilities gained from the civ side of things means that you can control large swathes of land quite quickly because he gets free bonus tiles with each city he settles. Even though the game’s April 2021 balance update brought the number of extra free tiles down to 5 (prior to the patch, it was 8), he remains extremely powerful due to his ability to claim land and build strong cities, even when forced to settle on tundra.

Generally, you’re going to be going for a cultural or religious victory, but remember that just because you can benefit from being behind other civs, doesn’t mean you should. Peter’s is a long-game, and eventually you’re going to want to pull ahead and snowball.

As one of the few leaders and civs geared specifically towards science, your route to victory is clear if playing as Seondeok. Her leader ability directly compliments and feeds into the Korean civ’s abilities, and she even gives a boost to culture in case you wanted to flex into that victory type instead. Although Korea’s unique science districts, called seowons, must be built on hills, her Tier 3 start bias toward hills ensures players have a fairly strong chance of spawning near such terrain.

Playing as Seondeok will be a very passive game, and note you’ll need to defend yourself as opposing players try to take you out quickly to prevent your science advantage snowballing too much. That said, provided you maintain your scientific advantage, you should be able to fend them off with ease.

Trajan is another generalist leader, leading a fairly generalist civilization that can tackle any victory type they choose. The unique Roman Legion unit will give you an early military edge, as well as the head-start you have in terms of free city-centre buildings.

Generally, you’ll want to get your first cities down as early as possible and if the opportunity presents itself rush someone with your legions to take them out quickly.

Introduced in the New Frontier Pass, Bolívar’s is quite strong in multiplayer, especially for domination wins. As Bolivar, each new era gives you access to a unique great person that acts like a Great General, but with some key differences.

One of the advantages here though is that the Comandante General and Great General can stack their bonuses together. Gran Colombia also provides movement buffs to units, and their unique unit is also quite powerful when it turns up. If you need to, you can also gain an edge in the religious game as well.

Another New Frontier Pass civ, Lady Six Sky promotes a tight empire that attempts to build tall with yield buffs provided cities are close to the capital city. And, with the April 2021 balance patch, these cities get a free builder as long as they’re within six tiles of the capital. Targeted expansion for key strategic resources may be needed, but generally you’ll be forming a bubble around your capital, and staying there.

The Mayan unique district provides a lot of science, so a scientific win with you turtling up is the main way to go. Lady Six Sky also provides a combat strength boost when fighting close to the capital, so you should be able to fend off anyone who tries to take you on. 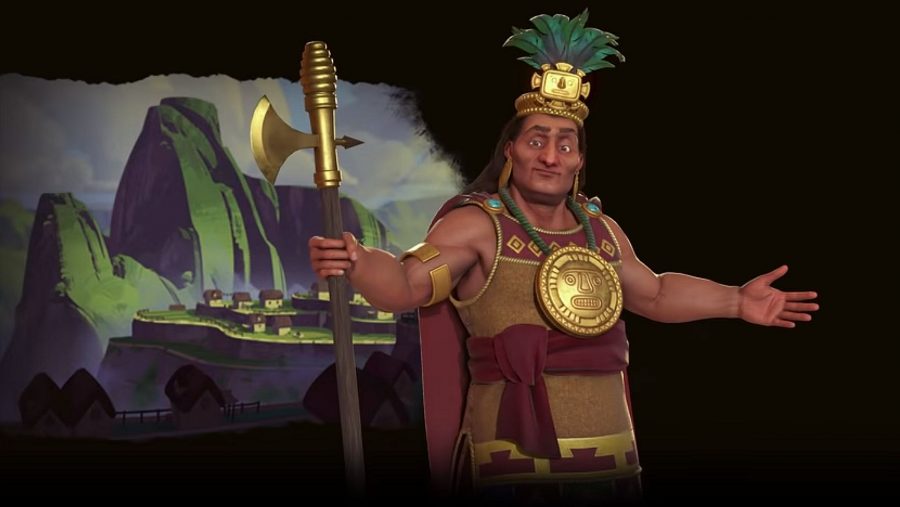 If you can’t, or won’t, go with the above, these leaders are also pretty good. Pachacuti of the Incas is able to make excellent use of the preserve district for disgusting tile yields, while a heavy buff to Jayavarman VII of the Khmer renders him able to build high-population cities with extremely high faith outputs.

Buy now: Now’s a great time to pick up Civilization 6

All of the other leaders in this tier also have strong abilities, and can still compete with the S-tier picks given careful planning. 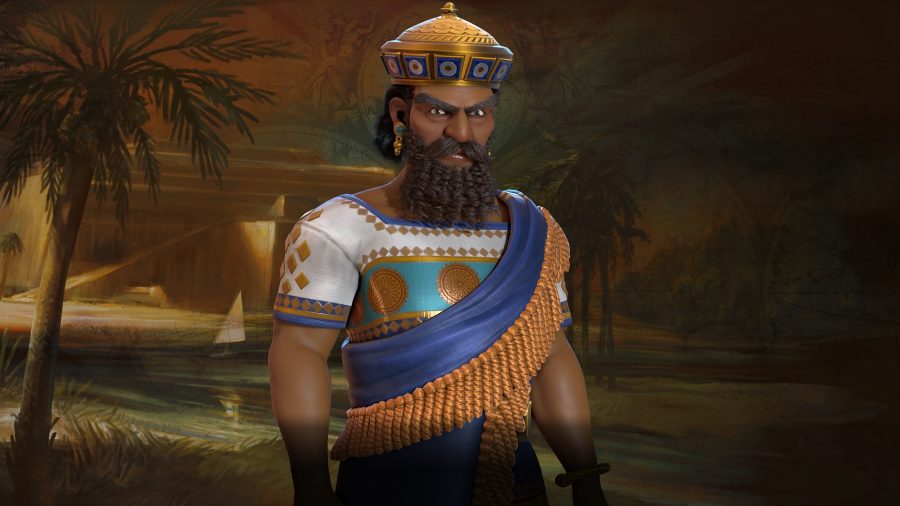 The leaders in this tier are all fine, dependable choices to take into Multiplayer. Some of their abilities are strong, like Victoria, but only really kick in during a certain age rather than being dependable throughout. Shaka is strong in the early game, but quickly loses ground in later ages. Still, some solid choices here: 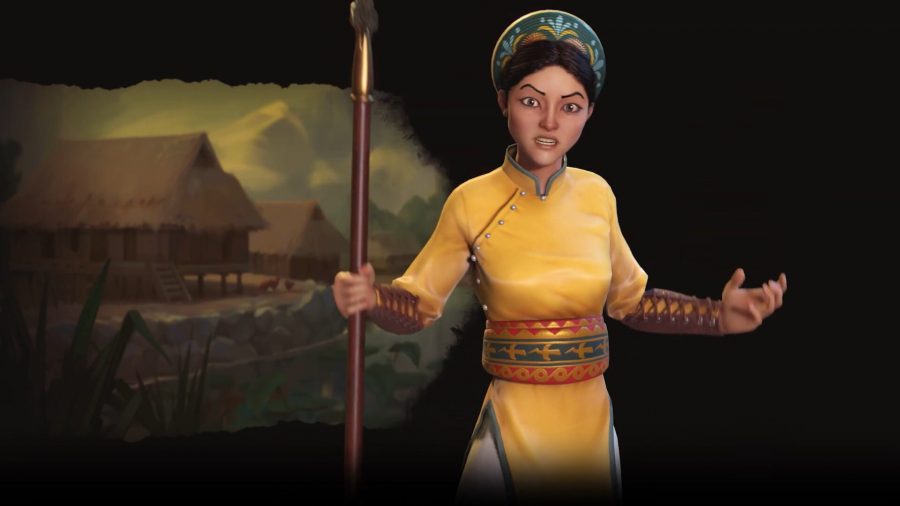 These leaders are just about viable, but probably won’t actually win you the game unless your opponents are playing very, very badly. Or have leaders from the next tier down, perhaps: 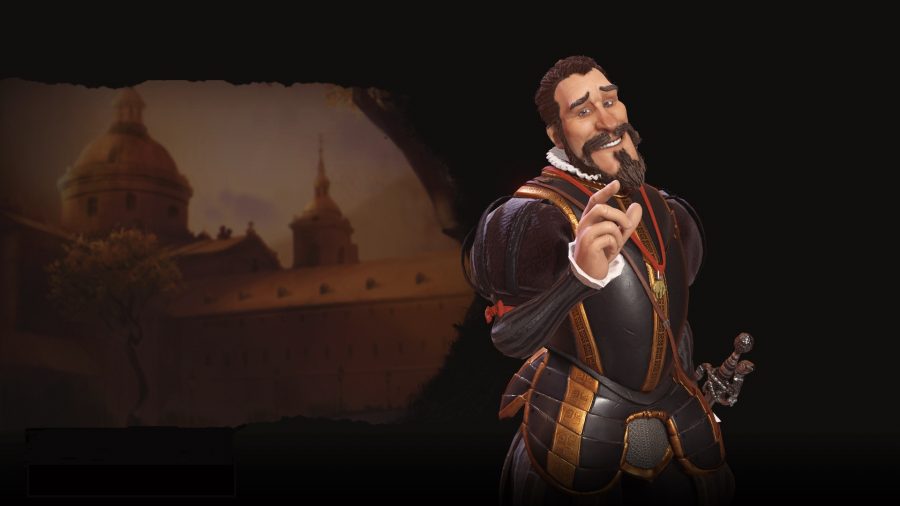 We don’t know what you’re doing choosing any of these leaders, but meme strats are always amusing. Here are the civs we think belong in the trash tier:

There you go, our 100%* accurate Civ 6 multiplayer tier list. We’ll keep an eye on new developments as they appear, and of course we may fiddle with the list depending on how loudly you all shout at us.

* Give or take 90%. If you need to throw something at someone, this article was developed by Joe Robinson, Jen Rothery, and Whitney Meers.