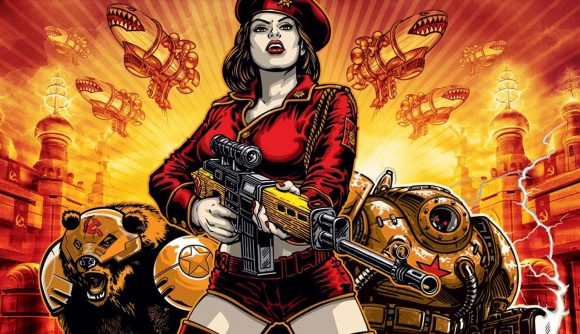 Command & Conquer: Red Alert Remastered hasn’t been in development for all that long, but it seems that the process is coming along nicely. In a post on Reddit last night, producer Jim Vessella told fans that developer Petroglyph has now completed its first production milestone.

Vessela mentions several key achievements, but one he draws particular attention to is bringing the game’s first campaign mission to “full Alpha quality,” meaning it now features 4K assets, and can be completed using all of the game’s core mechanics. Even more important than that, however, is that Vessela says this milestone allowed Petroglyph “to get Red Alert playable for the first time.”

“We are now able to load Red Alert missions, and the game is already being populated with several of the remastered visual assets.” To celebrate, Vessela offered fans a sneak peek at one of Red Alert’s most iconic units – the Tesla Tank. The unit appeared in all three Red Alert games, but the design shared last night bears the closest resemblance to the unit from the first game.

Vessela says that Petroglyph has been trying to “maintain the authenticity of the original in-game asset,” but also take advantage of the game’s 4K resolution to add some extra detail (without confusing things in the heat of battle).

Fan responding to Vessela’s Reddit post seem pretty pleased with the preview, although there’s some debate as to how closely the tank should match the version shown off in the original game’s cinematics. It would seem, however, that there’s still room to iterate, as Vessela says “perhaps we can get feedback here from the greater community to decide this unit’s final look.”

Collecting shells: Here are the best tank games on PC

There’s no word on when the Red Alert remaster will be ready to show off in greater detail, but as things start to come together, Vessela says that he’s “looking forward to sharing more details as both games now become more playable.” Hopefully that means we’ll know more soon, so keep your eyes peeled.