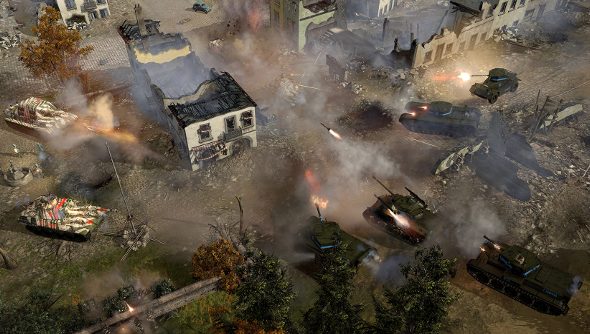 Company of Heroes 2 just got a bit bigger with the launch of The British Forces DLC. You can grab it now, adding a new faction and eight new maps. What this really means is more explosions and, importantly, lots of British accents.

Slap your eyes on the launch trailer below.

What a lovely bit of wartime propaganda.

If you want to get up to speed on what the DLC adds to the game, take a gander at my British Forces interview with Relic. They’re a tough bunch, these Brits, and quite versatile.