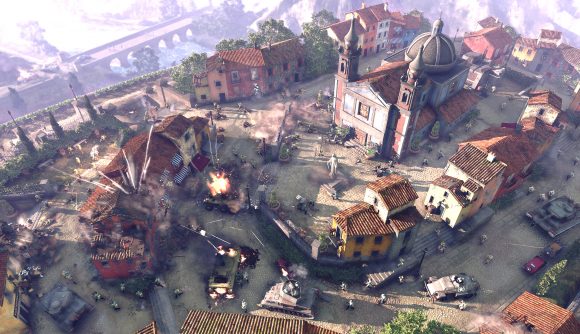 Company of Heroes 3 is real, and we couldn’t be more excited. While a lot of attention has been lavished on the brand new campaign layer, Relic and the series in general are known for tight, tactical RTS games and there’s plenty to celebrate there as well.

But while the WW2 game’s pre-alpha is available to play right now, if you don’t have the right system requirements you may struggle to even get the build running to see how things are shaping up for yourself. There’s the gameplay teaser, of course, but that’s more stylised. Luckily for you, there’s a Plan B. Starting today, Relic will be releasing some tutorial videos to help people get to grips with the demo.

One video – which will go live later today – shows off the RTS layer and is in the pre-alpha build itself, although you can skip it if you want to. It uses footage from the build’s first tutorial mission, which tasks the player with taking control of an Axis airfield. You can see the current version of the UI, new mechanics such as hot-breaching units out of garrisoned buildings, as well as tactical pause in action, among other things.

You can watch the video on YouTube here. Normally we’d embed it, but it’s behind an age gate so you’ll need to go directly to watch it anyway. In the meantime, here’s a still showing off tactical pause: 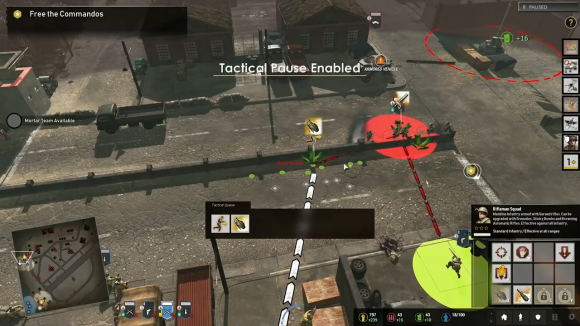 The video is aimed at new and lapsed Company of Heroes players, so if you’re a veteran this will all seem a bit basic, but if you’re not able to get into the pre-alpha right now this is a good way of seeing how everything is currently shaping up.

Company of Heroes 3’s release date is currently set for late 2022, and will release on PC via Steam.