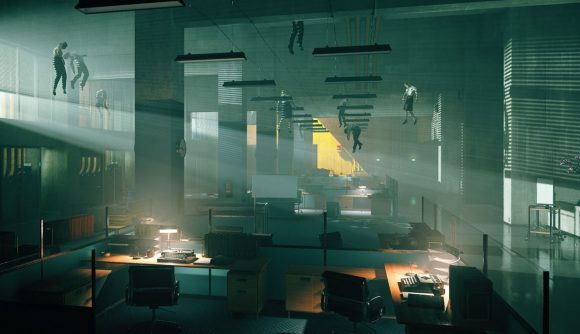 October 19, 2019 Control’s controversial update was a mistake, and Remedy has rolled back the changes.

Control update 1.04 added the long-awaited photo mode to the game, but on PC it also removed the ability to play offline and broke compatibility with the Steam controller. Developer Remedy has rolled back that patch, saying that those changes were mistakes and that there’s “no need to blame Epic for our mistakes.”

Remedy says “the intent behind using the EGS launcher was to validate future paid expansions, not to force you to play online or to remove Steam controller support. As an immediate fix, we are rolling Control back to the previous version on the Epic Games Store ASAP.” The actual update – with the photo mode and bug fixes – will be back “as soon as we can fix the issues that came up.”

The developers also add in the tweet that “we will have more information to share as soon as we sort this out. No need to blame Epic for our mistakes. Sorry!”

The update forced players to be connected to the internet at all times and use the Epic Games Store to launch. Previously, you could just boot up through a separate .exe file on your computer if you wanted to play while offline. As a result, Steam controllers were no longer supported.

The discovery was posted in a Reddit thread, where a commenter below the first post further detailed the DRM. When you tried to load the game when offline through the executable, an error came up stating you have to sign in to the Epic Games Store and start through there. Doing so disables the Steam controller. This change wasn’t listed in the patch notes, which had no mention of anything to do with launching, instead focusing on the addition of the Photo Mode and some minor bug fixes.