Breaking into the fighting game scene is tricky at the best of times, with established series like Street Fighter, Mortal Kombat, and Tekken dominating the genre since the days of arcade cabinets. Most new games use brand recognition to get attention, such as Power Rangers: Battle for the Grid and Dragon Ball FighterZ. But Jesse Wright, lifelong fighting game fan and lead developer on Coreupt, hopes that the lack of an existing IP or roster can be a strength rather than a weakness.

“With Mortal Kombat now at 11 games and Street Fighter going on six, it gets really hard to play around with characters,” Wright says. “If you change one thing on Ryu then all the Ryu fans will get upset […] so it’s a benefit with Coreupt that we get to just go wild creating new characters.”

Coreupt doesn’t have a roster of recognisable fighters, but will include a story mode. “The Mortal Kombat series inspired me with its storytelling,” Jesse says. “It gave me the courage to make Coreupt feel like its own world, where all the characters are fighting for different reasons.” Jesse adds that an arcade mode will support the campaign by providing some “Cliff Notes” for the characters.

Creating a dynamic and balanced fighting game roster from scratch is one of the main challenges facing Team Coreupt, but Jesse is eager to avoid repeating movesets and personalities from bigger fighting games. “One of the things we want to do is shake up the archetypes a little bit. Each character in Coreupt has a crazy offensive arsenal, but there are many defensive options available in the game, too. You have a break option to get out of a combo, there’s a forward and backward dash that you can use at any time, and your block actually has a little bit of pushback to it.”

But a balanced and varied cast of fighters only gets you so far. One of the most important features of any modern fighting game is its netcode. Street Fighter V faced steep criticism at launch for its server stability and problematic netcode, which caused disconnects and laggy online play for months after release. While it didn’t take too long for developer Capcom to get a handle on server stability, its netcode has been a subject of heated debate since launch.

“One thing I’ve noticed about fighting games nowadays is this focus on online play, matchmaking, and rollback netcode,” Jesse says. “With the current state of the world, it’s super important that you can connect with other players online, but also that when you do it’s not a crappy connection”. As a fighting game fan, Jesse hopes that getting this right can enable Coreupt to stand out from its major competitors. “Obviously, we’re going to have rollback netcode […] the online will be buttery smooth if everything goes according to plan”. 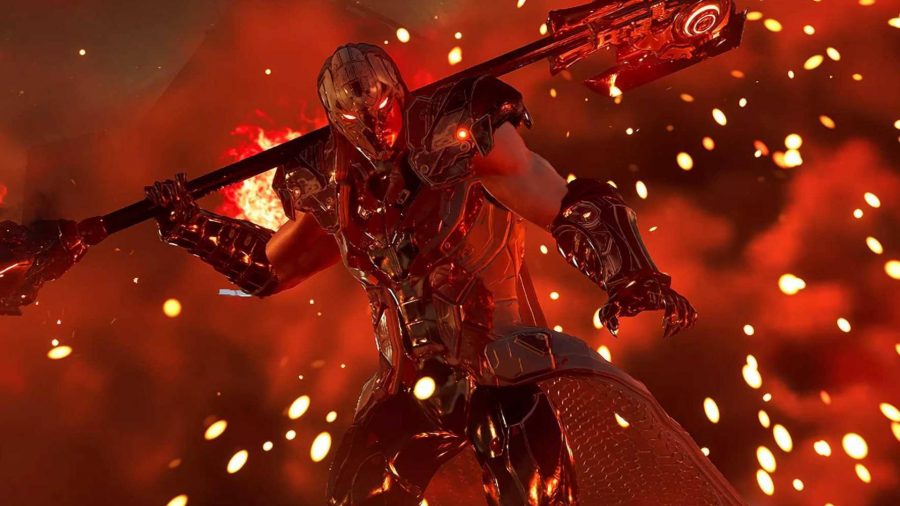 Coreupt currently uses GGPO as its netcode solution, which is an open-source piece of middleware designed to reduce lag in emulated arcade games, but Jesse says the team may have found an even “crazier” solution. “We’ve just started doing some online testing, and we’ve been talking to other developers who have been helping us with this as well”. Our sister site The Loadout has an interview with ‘dekillsage’ from Evil Geniuses that goes into more detail on specifically why rollback netcode is so important to the fighting game community.

There’s currently no release date for Coreupt, but Jesse promises that a beta isn’t too far away, which the team will use to get feedback on some of the systems. If that beta sounds your cup of the proverbial then you can follow Jesse for updates on the game here or join the official Discord channel.