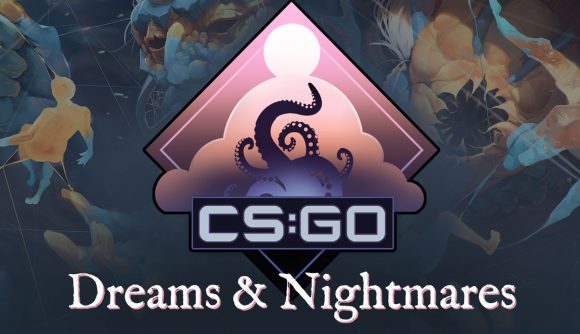 Counter-Strike: Global Offensive developer Valve has launched a new competition for the FPS game’s fans which it “believe[s] to be one of the largest art contests ever in gaming”. The event’s called ‘Dreams and Nightmares’ and has a prize pool of a whopping $1 million.

The contest is all about designing new CS:GO weapon skins around the theme of – yep, you guessed it – dreams and nightmares. The developer says it’s on the lookout for ten “original and shippable, dream-themed weapon finishes” in a press release, and that each of those winning entries will earn their creator $100,000, as well as get added into the live game. To get an idea of what the studio’s looking for, you can head to a new site Valve’s launched for the contest at that link, which is full of examples of the kind of flavours and themes the studio’s keen to see.

There are also some handy links to guides that can help you make your own weapon finish on the site if you’re keen to enter but are new to creating workshop content. The studio also stresses that “all elements of the submission must be original”, and encourages entrants to include “concept art, mood boards, and images from which you have pulled inspiration” to show your process.

If you’re keen to have a go, you can create your own design via the CS:GO Workshop Workbench found in-game. To be eligible you’ll need to have a “non-limited Steam account in good standing (with purchase(s) totalling $5 or more)”.

Entries are now open and the deadline for submissions is October 21, with the winners being contacted directly by November 21. For full rules and details on how to give it a shot, you can head to the site linked above.