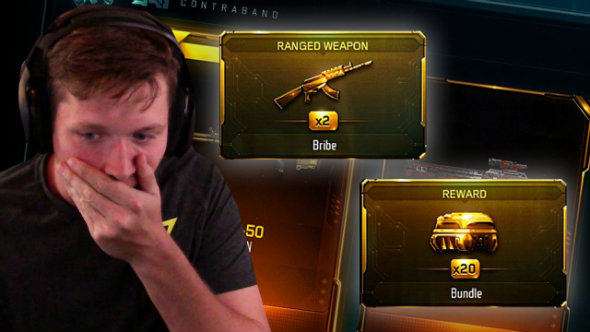 Trevor “TmarTn” Martin and Thomas “ProSyndicate” Cassell, social media personalities and joint owners of the Counter-Strike: Global Offensive gambling service CS:GO Lotto, have settled Federal Trade Commission charges that they deceptively endorsed the site without disclosing their respective stakes in it, according to the commission’s statement.

The FTC’s order requires that Martin and Cassell “clearly and conspicuously” disclose any relationship they have to a product or service they are promoting. Their decision to settle does not require an admission of guilt, but they will be obliged to follow the commission’s orders.

“Consumers need to know when social media influencers are being paid or have any other material connection to the brands endorsed in their posts,” FTC Acting Chairman Maureen Ohlhausen says. “This action, the FTC’s first against individual influencers, should send a message that such connections must be clearly disclosed so consumers can make informed purchasing decisions.”

Controversy over CS:GO Lotto began in 2016, when various individuals alleged that Martin and Cassell had been deceptively creating YouTube videos promoting the site without disclosing their ownership of it. The FTC further alleges that the pair had paid thousands of dollars to other influencers to promote the site on many forms of social media without requiring they disclose the sponsorship. Related lawsuits also accused Valve of wrongdoing in failing to police gambling around their games.

Additionally, the FTC announced today that they’ve sent warning letters to 21 social media influencers following up on 90 “educational” letters sent in April of this year. The new set of warning letters cite specific social media posts that may not be in compliance with the commission’s guidelines.

Last year, the FTC also took an interest in Warner’s promotion of Middle-earth: Shadow of Mordor, which again was surrounded by allegations of paid influencer promotion without adequate disclosures. With social services as an ever larger part of the media, concern over their misuse is likely only to grow.