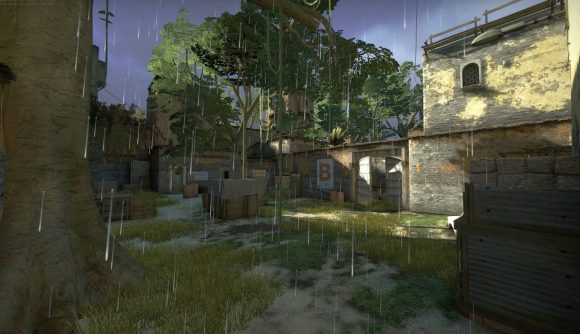 Counter-Strike: Global Offensive fans know Dust II well. Succeeding the original Dust map, it’s one of the FPS game’s most popular battlegrounds – and it’s an iconic one, too, with its distinctive Middle Eastern town-style streets and aesthetic. Now, though, you can play the same map with a whole other vibe, as a modder’s transformed its desert setting into a “green oasis”.

CS:GO modder BARS’s new ‘Dust II 2055’ overhaul mod is the latest in their ‘2055’ series, which gives existing maps an “abandoned style” by imagining a future state in which weather events have changed, people have left the sites behind, and nature has started reclaiming the buildings and streets. “Dust 2 has turned from a desert into a green oasis,” the modder says in the reimagined Dust II 2055’s description. “Acid rain and changing weather conditions have completely changed the map” – and it has indeed been totally transformed.

Dust II’s previously sun-baked streets have become overrun with moss and grass, there are trees with trails of vines hanging from their branches scattered about, and the whole ecosystem’s far from sunny. Even the underground and covered areas have fallen to nature, with huge tree roots breaking through the walls and gates.

While the layout is still just how fans will know it, it looks like the overhaul will offer a totally refreshed experience of playing the classic map given how different it looks and must feel. Here’s a glance (via BARS on Steam Workshop): 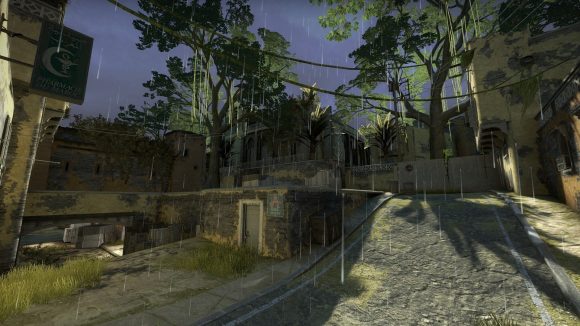 It’s proving popular with the game’s community so far, too, with nearly 70 ratings and a bunch of positive comments on the mod’s Workshop page right now – a pretty impressive showing for a new mod on the platform. Previous overhaul maps have also been similarly well-received, with August’s Train 2055 mod currently sat at 2,332 ratings, and it’s a similar story for the rest in the series, which you can catch at that link.