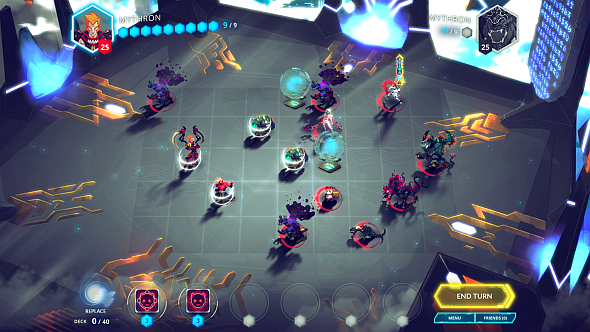 Counterplay, the people who brought you Duelyst, have dropped some pretty big and explicit clues about their next project in a job advertisement. It looks like it’ll be a hardcore action game in the mould of Dark Souls, will be developed in Unreal, and is confirmed for PC.

Scan the nearer horizon with a look at our list of upcoming PC games.

According to the ad on Gamasutra(for a lead character animator), Counterplay’s next game “is heavily combat-focused.” The candidate “must adore hardcore 3D action combat games,” with examples given such as “Bloodborne, Dark Souls, Nioh, Devil May Cry and Ninja Gaiden,” so their influences are pretty clear.

The job will involve animating “both human and non-humanoid 3D characters” for a “PC and console triple-A videogame developed in Unreal Engine 4.”

It may seem a big leap to go from a free-to-play card/strategy game to a premium 3D action game, but Counterplay have the pedigree. Counterplay’s co-founder is Keith Lee, formerly the lead producer of Diablo III at Blizzard, while other members of their staff have worked on the Ratchet & Clank series at Insomniac Games.

Given that Dark Souls first released in 2011 and has since won great acclaim and success, it’s in some ways a surprise that we haven’t seen more imitators (Lords of the Fallen excepted, obviously). With the recent release of PlayStation 4 exclusive Nioh, The Surge due next month, Bandai Namco’s next project looking very Soulslike and now Counterplay’s game too, we might be on the verge of the latest genre explosion.

Would you welcome that, or are you already all Soulsed-out?