From Nvidia and Arm to Microsoft and Activision Blizzard, there’s a lot of talk lately about mergers and acquisitions in the game and tech industries. After all, consolidation is all-consuming, and the bigwigs are swallowing up studios until, eventually, it becomes one giant, amorphous tech blob. When will it end?

Earlier this year, we saw Take-Two Interactive announce its intent to acquire Farmville company Zynga. We’ve also seen Microsoft alone buyout Mojang and its Minecraft IP in 2014, merge with Bethesda’s parent company Zenimax in 2020, and, most recently, the tech behemoth responsible for Windows has moved to purchase Activision/Blizzard for a sweat-inducing $68.7 billion USD.

As it stands, there’s no reason to suggest that Microsoft’s buying out of the Call of Duty/World of Warcraft/Overwatch studio won’t go ahead, but it’s possible there will be some roadblocks ahead. We’ve already seen this happen with Nvidia when it recently backed out of a $40 billion merger with chip firm Arm. The troubles began from the start, when huge clients like Google, Samsung, and Qualcomm took umbrage to the GPU conglomerate having possession over a much-needed component supplier. And now, it seems, Intel wants to succeed where Nvidia failed. But everyone needs to leave Arm alone.

Now, in fairness, Intel has said it wants a consortium, rather than a full acquisition of Arm, but the reality of it is, any huge hardware company that wants to muscle in on the chip manufacturer could lead to consequences for the average gamer. It might not seem like it, but the opportunity for a technology firm to partner up with the Cambridge-based company has the potential to start a chain reaction that affects gaming. In order to understand this, we need to know what Arm is and who it supplies its products to.

To keep it short: Arm Ltd is a UK semiconductor company, primarily involved in the development of processors. Its products are used in tech hardware we use every day, including smartphones, tablets, laptops, and more. Its customer base includes some of the biggest tech companies in the world, such as AMD, IBM, Huawei, Microsoft, Apple, as well as Nvidia and Intel; the two giants that are showing a vested interest in the firm.

As you can imagine, the sight of such a list of enormous licensees makes it pretty clear that Arm is something of a powerhouse when it comes to computer technology, which includes gaming. As one of its own rivals, Intel would stand to gain a lot from a consortium with Arm, especially given that the former’s profit margins are expected to drop this year. It’s probably not a coincidence that the CPU conglomerate is interested in hooking up with one of the biggest chip firms in the world at a time when revenues seem to be going down. 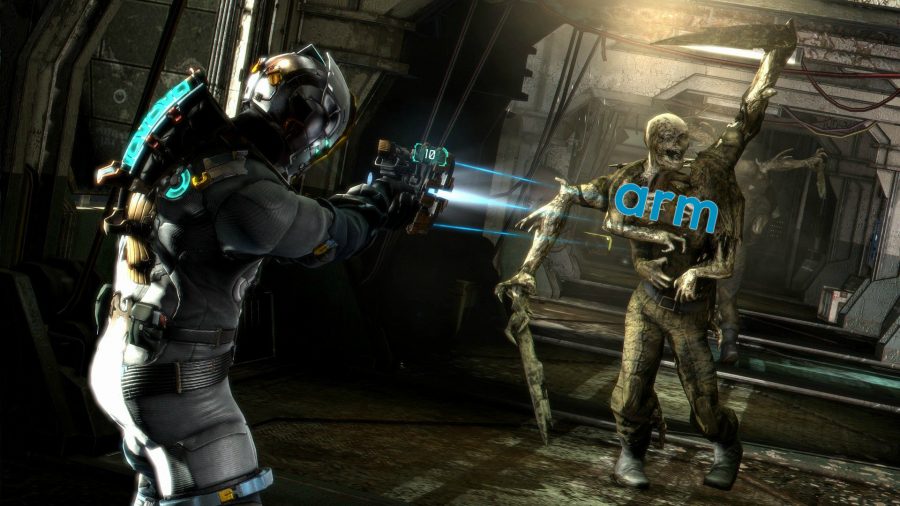 Think about what would happen to gaming if one of Arm’s rivals had some control over it, or even outright bought it. When looking at what’s happened to the gaming industry, we know exactly what can happen when one powerhouse of a publisher owns a smaller studio. Horror fans pine the loss of the Dead Space series after the third instalment proved to be fatal to its developer, Visceral Games.

EA insisted on numerous ‘flavour of the month’ changes that led to Dead Space 3 being panned and the studio behind it closing down. This shows just how unstoppable some of the big wigs in the industry can be. It’s not those at the very peak of the ivory tower that suffer the consequences of a poorly received game. And who knows what will happen to the structure of game development over the years as more studios get swallowed up.

But that’s software. How does Intel owning a hardware company come into it? Well, it almost goes without saying that the world is still in the middle of a tech shortage; something which is expected to go on until possibly next year. Anyone who has tried to purchase an AMD or Nvidia graphics card, or even a current gen console, will know the sting of either not being able to procure one, or having to pay way above the retail price for the privilege. 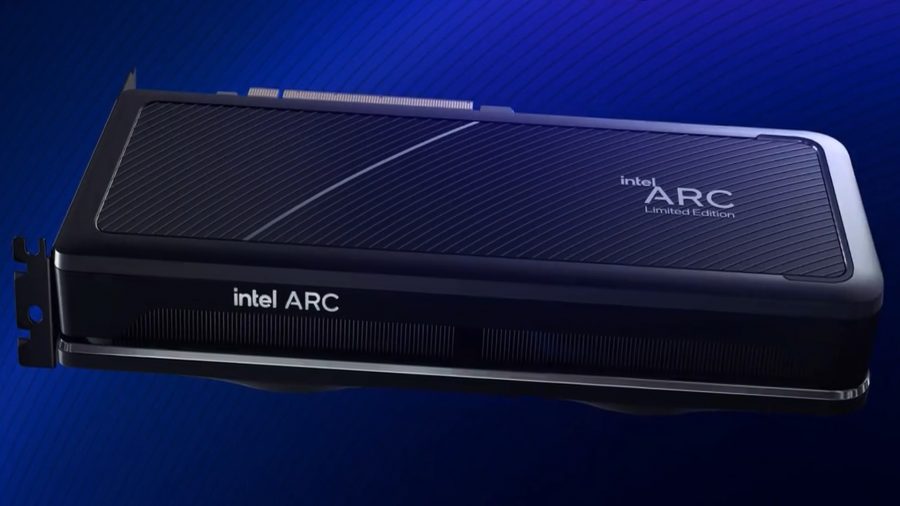 Shortages aside, Intel is also due to launch its own range of GPUs, so the opportunity to get into bed with a key chip manufacturer sort of makes sense. But imagine where that can lead in the long run. That’s not to say that Intel would intentionally put blockades up to its own competitors, but given the backlash Nvidia faced when it tried to merge with Arm, there’s a potential threat that Pat Gelsinger and co could tip the market in its favour, even though it’s not calling it a “merger.” At least not yet.

Given that the Xbox Series X|S and the PS5 both utilise AMD processors for their CPU and GPU, is there a likelihood that Intel would initiate some sort of red tape to muscle in on its rivals? That’s speculation, but with the ongoing deficit, a tech company wanting to be at ground zero in order to ensure it gets first dibs on components for its own products is not beyond the imagination. Even with the Nintendo Switch using Nvidia products, as far as gaming goes, current consoles do not seem to come into contact with an Intel processor.

Yes, PC gamers will still have access to Intel’s hardware, including its soon-to-be-released graphics cards, but what of those who want an AMD Ryzen or an Nvidia RTX 3000 series? What will the reality be for gamers if one solitary company attempts to gain even a modicum of power over the likes of Arm Ltd? Clearly, a company like Intel would want to get products into the hands of as many consumers as possible, but would that mean exclusively its own products?

As has already been displayed through Nvidia attempting to buy Arm, as well as calls for the FTC to monitor the recent Microsoft and Activision/Blizzard merger, there’s a need to keep an eye on such dealings. As gamers, we should be more concerned that Arm is being eyed up by the likes of Intel and Nvidia. To have the UK firm in another company’s pocket seems like it would be a good idea in terms of profits and general business acumen, but as far as gaming itself goes, it doesn’t bode well in terms of availability and choice. There could be a real danger that Nvidia, AMD, and other companies that rely on those products could have the manufacturing of graphics cards, CPUs, smartphones, and games consoles limited in some way. We’d be better off without that concept.

A contributor to Game Rant and Rock Paper Shotgun, Andrew keenly observes both games and hardware, including Intel, Nvidia, and Arm's latest clash.