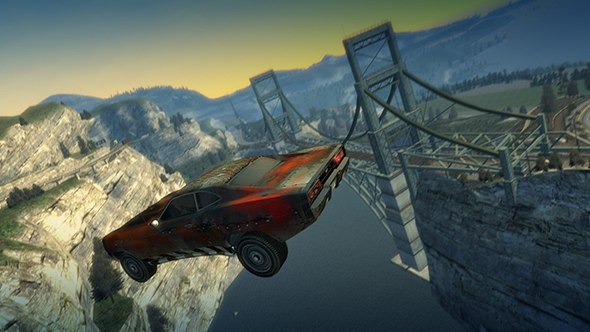 Criterion are best known as the makers of Burnout (rest in peace) and some of the more recent Need for Speed titles, but lately they’ve been working quietly in the background of EA to support development of titles like Battlefield Hardline and Battlefront II. Now it seems they’re working on a brand new title again, and before you ask – no, it’s not a racing game.

If you do want to drive fast, check out the best racing games on PC.

Instead, they’re working on an original action-adventure game with a particular focus on melee combat, and some level of open world elements. That’s based on a number of job listings on the Criterion site suggesting the studio is staffing up for a new title.

They’re looking for a lead combat designer with a focus in “all types of combat in games but in particularly melee combat,” “action and action adventure games,” and “physics and physicality in games.” Helpful skills would include “technical knowledge of physics or biomechanics.” They also want a concept art director, and a contracted environment artist whose “experience in open world game production” would be a plus.

Across all the positions, Criterion say they “are embarking on their most ambitious projects to date, partnering with DICE on Star Wars Battlefront II and pushing the boundaries with our own brand new IP.” Judging by the fact that a concept art director is being sought, it’s likely that the new game would just now be entering pre-production.

Criterion had previously announced a new racing game way back at E3 2014, but that project was eventually cancelled before a potential title was even revealed. Much of the original Criterion team has dispersed throughout EA, and founders Alex Ward and Fiona Sperry went to found a new studio with Three Fields Entertainment. We’ll likely be waiting some time to find out the details of what the current folks at Criterion are working on.