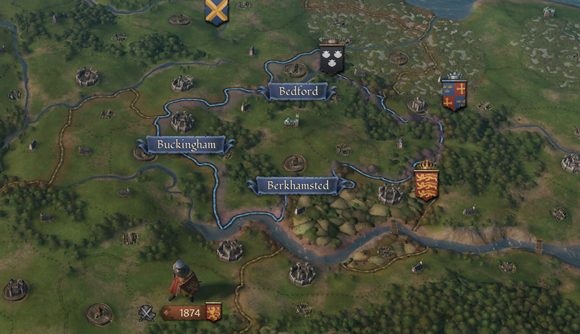 Crusader Kings 3 is going to offer an expanded lifestyle system, which will give your rulers five different lifestyles to choose from, and three different skill trees within each lifestyle. Those skill trees will all offer RPG-style perks with specific benefits and new abilities, as we learned at the Crusader Kings 3 reveal. The highest-level perks offer some especially impressive benefits. For example, seduction masters can suppress their own sexual preferences for the good (or bad) of the kingdom.

The Intrigue lifestyle offers a seducer skill tree, and as designer Alexander Oltner tells us, “when you go far enough down, you can make yourself not have preferences anymore. So you can seduce practically anyone you like, because you’ve made the disconnect that you’re doing it for pure manipulative reasons.”

It’s not all about the sex, of course. Strategists can give their light infantry units shovels to dig under walls – essentially giving you light siege capabilities without springing for proper siege engines. Advanced diplomats can get the ability to form an alliance without arranging a marriage. There’s a greedy stewardship path with a perk that can let you extort peasants, vassals, or even passing visitors for their gold.

If all that potential intrigue sounds a bit much, maybe you’ll want to go down the gallantry tree. There, a powerful ‘peacemaker’ perk lets you win wars early – at 90% war score instead of 100%. 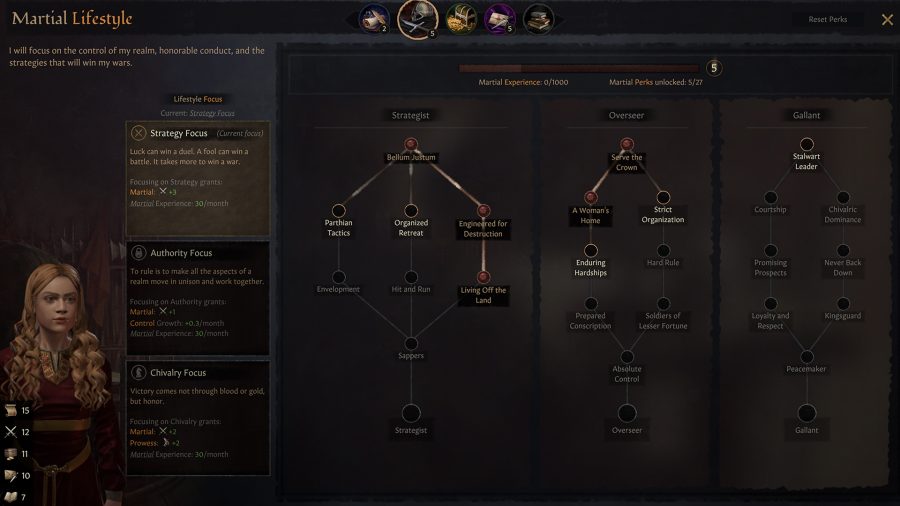 You can get a closer look at the skill interface above.

We’ll have much more on Crusader Kings 3 throughout the week. This’ll be one of the biggest upcoming PC games of 2020, and everything we’ve heard so far has sounded mighty enticing.