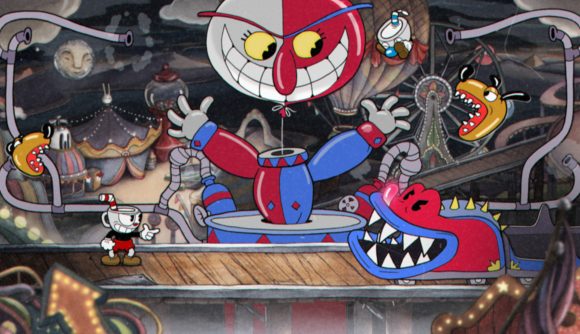 We’ve had some pretty exciting news on two of the big titles of 2017 recently. Cuphead is getting ported into some Tesla cars and it looks like Zelda: Breath of the Wild is getting a sequel. Now, imagine what it would look like if those two game worlds collided. Pretty cool, right? It looks like Cuphead’s devs think so – they’ve said they’d love to make a Zelda game.

According to Destructoid (via GoNintendo), Cuphead devs Chad, Jared, and Maja Moldenhauer from developer Studio MHDR have some dreams about making a Zelda game in the style of the indie run-and-gunner. Jared Moldenhauer reportedly spoke to print magazine Nintendo Force in an interview about “…a sprawling Zelda title brought to life in a doting 2D hand-animated style… Think of all the expressiveness and life you could bring to the tribes, people, and enemies of a universe that rich!”

He added “and much like Cuphead, we would get to test our design mettle coming up with screen-filling bosses of an entirely different nature. Of course, backgrounds would be completely hand-painted with nothing re-used! The list just goes on and on. It would be an absolute dream come true.”

It does sound like a pretty exciting dream. We’ve seen the Zelda franchise evolve through quite a few different visual looks – for example the Breath of the Wild’s “painterly art style”, as described by its art director art director Satoru Takizawa. Perhaps most notably, the recent Cadence of Hyrule game suggests that things like this could be possible for the franchise. Maybe the idea of conjuring a Zelda title in Cuphead’s now pretty iconic “doting 2D hand-animated style” would be an innovative next step that could make a lot of sense.

Retro heaven: Check out the best retro games on PC

It looks like it’s just a dream for now – but if a Zelda Cuphead-style release ever does happen, let’s keep our fingers crossed it’ll make it to PC. Seeing Link and his little green hat rendered in the 1930s cartoon style of Cuphead is definitely an idea worth dreaming about.