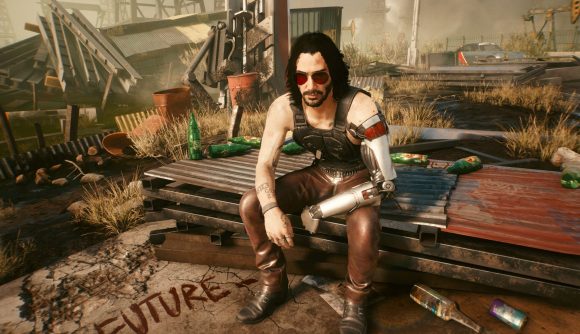 It seems the updates and other content currently in the pipeline for Cyberpunk 2077 have been pushed into 2022. The RPG’s roadmap – laid out in a simple diagram giving a broad idea of when future content is due to drop – has been updated on developer CD Projekt Red’s site, and it now indicates the next patches, game improvements, and free downloadable content coming up are on the way next year.

The new roadmap, updated October 28 according to a note on the site (and as spotted by Tyler McVicker), now shows “updates, improvements, and free DLC” are due in 2022, with the free next-gen update for those based on consoles due in the first quarter, which runs from January 1 to March 31, 2022. The previous version of the roadmap (which you can see here via Wayback Machine’s October 20 snapshot of the page) instead had “free DLC”, the next-gen console update, and “multiple updates and improvements” listed as due to drop sometime this year.

It’s not clear from the roadmap update why the content has been pushed back. However, the studio did recently announce on Twitter that it was delaying the next-gen updates for Cyberpunk 2077 and The Witcher 3, explaining that, “based on recommendations supplied by teams supervising the development of both games, we decided to postpone their releases until 2022.”

In that statement, CDPR said that its current target (at the time of the post) was the first quarter of 2022 for Cyberpunk 2077 – something reflected in the now-updated roadmap – and Q2 2022 for The Witcher 3’s own upgrade. We reached out to the studio for comment on the roadmap update but it didn’t have any additional information to add beyond what’s shared on the roadmap’s site page. 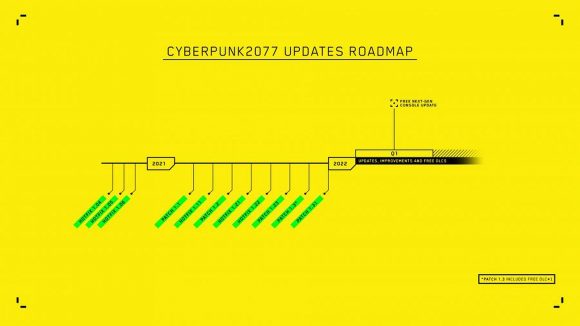 As Tyler McVicker notes on Twitter, it seems this roadmap update arrives alongside a pretty sizeable update to the game’s internal testing build, going by SteamDB. It’s far from clear what this might mean, but it looks like the studio’s possibly testing some new stuff out – whatever that might be.

The latest patch to hit Cyberpunk 2077 was update 1.31, which brought a bunch of new quest, open-world, visual, and UI fixes to the game.