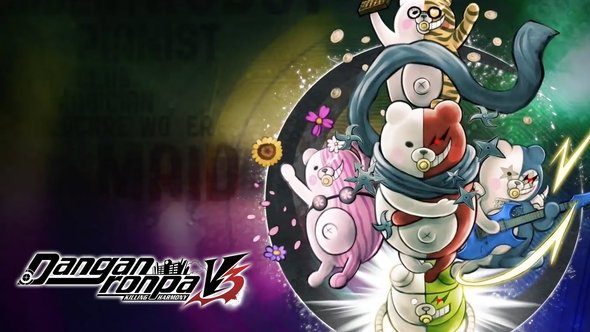 Last week we reported about the first batch of wacky characters introduced to Danganronpa V3: Killing Harmony. The second trailer shows are just as unhinged.

See some of our other best upcoming PC games and see what else there is to be excited for.

Watch the above trailer to get introduced to Korekiyo, Tenko, Kirumi, Maki, and Monophanie. The first four are students from the Ultimate Academy for Gifted Juveniles, a school for exceptionally talented youngsters each has a unique skill, be it the Ultimate Anthropologist Korekiyo, or the Ultimate Child Caregiver Maki. Monophanie, on the other hand, child-like bear robot, an oddity the Danganronpa games are famed for.

The source of each character’s talent will be drawn out through DanganRonpa V3’s story. Ultimate maid Kirumi Tojo, for instance, started working part time and gained such a reputation about her perfection at all tasks, the government hired her to help improve citizens standard of life. Apparently, she was even the Prime Minister of a country at one point. Her appointment makes sense, politicians are always saying they’ll clean up the streets.

Danganronpa V3 is coming out on September 26th, depite the ban in South Korea, and we can expect at least another three roll calls to be released in the next few weeks, so watch this space for your latest robo-bear news.