If you ask tactical RPG fans to name one big problem with the Fire Emblem series, it’s that it’s not on PC. Dark Deity – from Freedom Games and Sword & Axe LLC – may not be an exact Fire Emblem replica, but it could be something better.

During this year’s E3, indie games gave a good showing alongside the bigger announcements. We saw some new strategy games, like the intriguing Falling Frontier, some games that reminded us of Escape From Tarkov and STALKER (as well as an actual STALKER sequel), and some Animal Crossing analogues. But Dark Deity was the game that really got me interested and shouting at the television. “Look!” I shouted to my husband. “Fire Emblem on PC!”

It was released the following day, and I quickly got my hands on it to take a look. After some time behind the wheel, I’m pleased to report that it definitely takes inspiration from the Nintendo-only Fire Emblem series, but has enough of its own positive wrinkles to stand out as its own game. In Dark Deity, you are the omniscient commander of a team of soon-to-be legendary heroes out to save the fantasy kingdom of Delia from various wars and arcane threats.

More specifically, your team is recruited from a military academy – prematurely, given King Varic’s desperation for soldiers. It’s a relatively standard JRPG setup, but the characters are a likeable bunch, and carry the story through some necessary exposition. This cast, which grows over the course of the 28-scenario campaign, will be your army, each member a unique character with a unique personality. 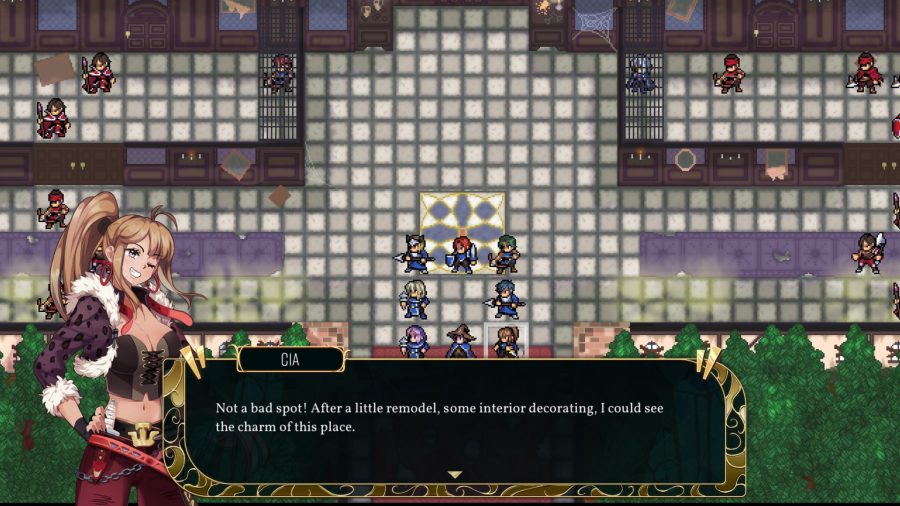 Like all tactical RPGs inspired by Fire Emblem, these scenarios are turn-based IGOUGO affairs, meaning that you can move or take actions with your whole team before the enemy responds. Combat takes place on a grid, and you can helpfully toggle settings to show how far both your own and your enemies’ units can move.

Controlling the grid is key. Each turn, you’ll carefully place units to block paths to your archers and casters, or lure enemy units closer so you can pick them apart next turn. Combat is tough in Dark Deity, even on the normal difficulty. Your troops are generally more than a match for the enemy one-on-one, but you are always outnumbered.

The clever tactician will learn to use ‘Advantages’ against the opponent. These aren’t the classic ‘axe beats sword beats spear’ type of matchup. Rather, each weapon damage type (slashing, piercing, magic, etc) is more effective against enemies with certain types of armour. This information can be tricky to find, as you’ll need to investigate each unit to see its damage type and the optimal armour for it to attack, but it adds a layer of depth not present in Fire Emblem. 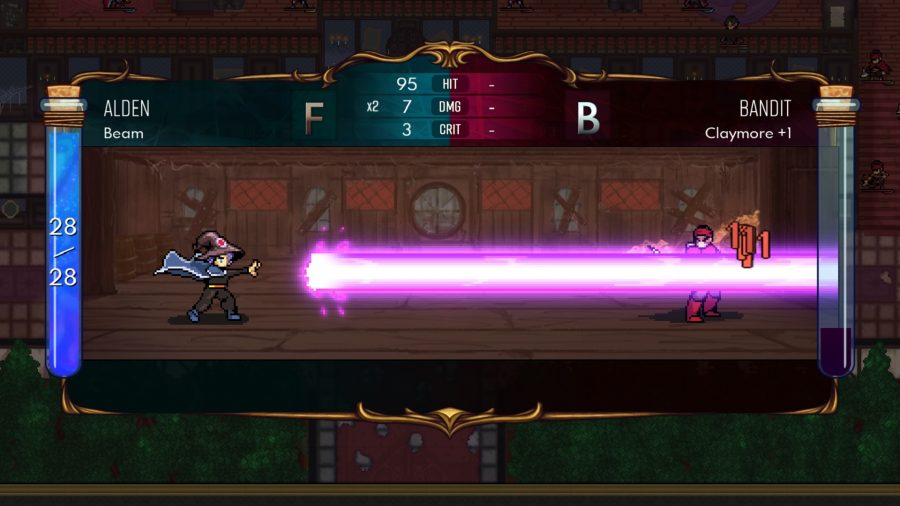 In another difference from Dark Deity’s inspiration, there is no permadeath for your forces. Instead, a knocked-out unit will be out of commission for the rest of the scenario, but also take a permanent -1 debuff to a random stat. Getting knocked out once or twice is largely inconsequential, but multiple rounds of being KO’d will soon lead to one of your troops being much less effective. This, at least, removes the rather annoying need to restart levels to keep your characters alive in the narrative.

Dark Deity is not exactly Fire Emblem replica, but it could be something better

Keeping your team alive isn’t all you need to worry about between missions, however. Every so often you’ll be able to return to your base camp to purchase items in a shop, strengthen the bonds between your soldiers (which generates new conversations), and upgrade weapons.

That’s another thing: each of your troops will have four weapons at their disposal. They vary not by damage type, but by their focus on four other attributes: damage, critical chance, accuracy, and attack speed. Each is useful in different situations, and you can swap between them at will during your turn.

I could go on about all the things I like so much about Dark Deity: the sprites and combat animations (which have clearly received a lot of love), the replayability of the campaign via starting settings, the characters. I have almost exclusively positive things to say, and only a couple of real gripes. 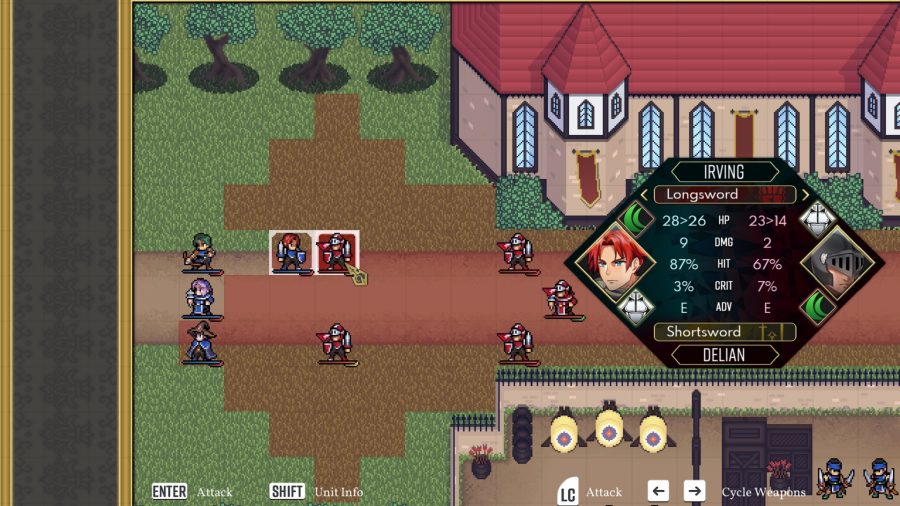 First, the game is somewhat slow to draw the player in, and it wasn’t until after the first few missions that it really hooked me. I worry that players may drop out before the story picks up, which would be a shame. Dark Deity also, bizarrely, does not have a mid-battle save feature – you have to fight it out to the end of the scenario. Scenarios can easily go 20 minutes or more, and it’s bothersome to have to finish them or restart later if you need to go and do something else.

Despite this, I’ve been having a great time playing Dark Deity, and have found that the more I play, the more I like it. For Fire Emblem veterans and anyone else looking for a new tactical RPG fix, I heartily recommend it.

An outstanding homage to Fire Emblem which, in its rich cast of characters and thoughtful tweaks to combat, occasionally surpasses its classic inspiration.