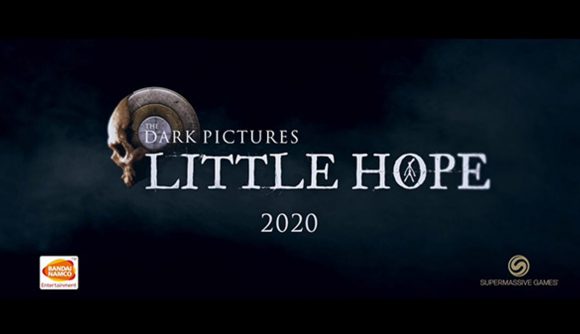 Despite the release of The Dark Pictures: Man of Medan this week, Supermassive isn’t resting on its laurels any. The studio has put out a sneak peak at what will be the second instalment in the ongoing set of spooky narrative adventures, the folk-tale inspired Little Hope.

The short video introduces the town of Little Hope, whose residents are about to be haunted by some devilish goings on in the woods. Two characters, whom we can presume are our protagonists, are named: Andrew and Angela. The former, played by Black Mirror: Bandersnatch star Will Poulter, watches the latter dragged away in chains as she screams for help as the footage ends. Other snippets include a creepy little girl holding a makeshift doll dancing around a campfire, an older woman who doubts Andrew’s suspicions that there’s someone or something in the woods, and the claw of some monstrous creature.

The Dark Pictures was cultivated by Supermassive after the success of Until Dawn in 2015. Seeing an obvious gap for more adult-centric horror-inspired narrative quests, the studio decided to greenlight a series of them, each a relatively short, self-contained spooky tale.

This year’s The Dark Pictures: Man of Medan, about a set of tourists who become locked on a ghost ship, kickstarted the venture, and Little Hope will continue what seems to be a yearly release schedule.

Given that Will Poulter is on board, Supermassive is pulling out all the stops, that’s for sure.