Ah, From Software, you beautiful bastards. It looks like you won’t be making us wait too long before we can delve back into the dark depths of the brutal fantasy universe you have created once more. Praise the sun!

An image has leaked from the Dark Souls 3 special event in Tokyo and it shows the Japanese console release date for the game: March 24, 2016. 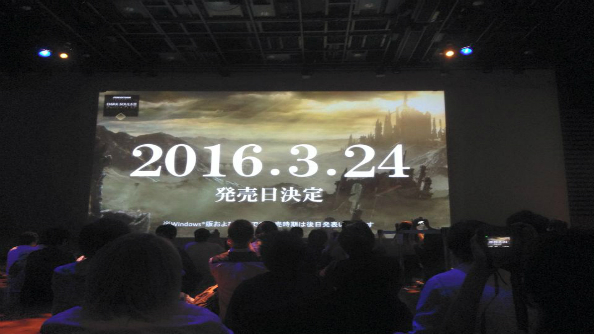 International release dates and PC are to be revealed at a later date, but expect it to be a little over a month after, if Dark Souls 2 is anything to go by.

Dark Souls 3 sees the return of series auteur Hidetaka Miyakazi after his hiatus from the series while he focused on Bloodborne. Many fans felt like Dark Souls 2’s Drangelic lacked the coherence of Lordran, but this interconnection, where the world loops back on itself and unexpected shortcuts are stumbled upon, is due to return along with Miyakazi.

Although I’m looking forward to playing a new Souls game so soon, my only concern with Dark Souls 3 is series fatigue. If you count Bloodborne – which is a console game, yes, boo – the series is pretty much annualised now. Hopefully it’s as incredible as the other games have been, but I can’t help but feel like we need a break after this one.

If you fancy getting ready for it, you can grab the first two Souls games in the Namco Bandai sale on Steam right now. That and more sales can be found in our Weekend Deal Dump.