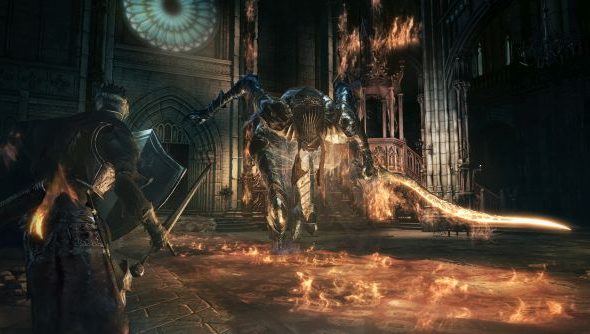 From Software’s head-meet-brick wall sequel has had quite the showing at Gamescom. There was the gameplay reveal trailer yesterday and now many folks have managed to have some hands-on time, including our very own Joel. Plus: off-screen footage and a round of screenshots and concept art. Take a look at it all below.

Let’s start with the long-legged boss we saw a glimpse of yesterday, via IGN:

Spooky. Interestingly, the filenames for the screenshots of her, including the one in the header of this article and the one below, are “Pursuer.” Presumably this is a reference to the hellish knight who chases you through Dark Souls II, but she’s certainly had a bit of height upgrade and limb replacement from that iteration. Possibly a former name or mistranslation. 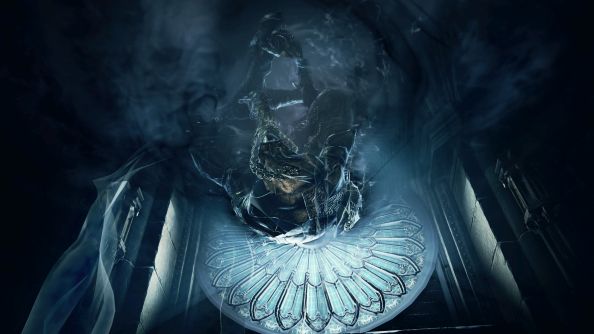 Joel got hands-on with a section of the game located at the Wall of Lodeleth, and managed to make it to this very confrontation. Here are his thoughts, transposed into words:

“Shocking as this may be, there are some technical issues – frame rate drops, clipping, and a camera that really needs to check itself. But this is par for the course for a FromSoft title that’s nine months out from release. What’s important is that this feels absolutely like a Souls game – there are tweaks, but you immediately feel at home.

“The player character is more nimble, although on the flip-side stamina seems to drain more rapidly. Estus animations are back to around the speed from the first game (possibly even a touch faster), which is a relief after DSII was like chugging an entire pint. The ‘ready stance’ moves – such as an upward thrust knocking an enemy into the air, or a block-breaking strike – are tricky to pull off as they mean sacrificing defence momentarily, but they certainly expand your combat options. 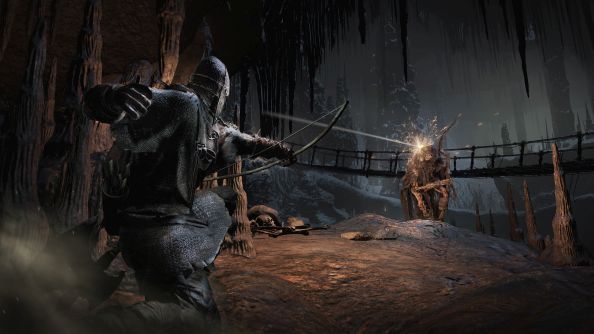 “And I don’t mean to brag, but I reckon I was the first person in… probably the whole world to get to the boss fight with the Dancer of the Frigid Valley. And actually, it seemed do-able… at least until she pulled out her second sword and killed me immediately.

“The developers are keen to talk up the scale of the world with the increased technical grunt, and if they can deliver on what they’re promising in that regard (with Miyazaki back at the helm we’re as good as guaranteed a phenomenal, obtuse storyline) then this could be really special. In fact, I’m calling it: game of the year 2016. Mine, that is.” 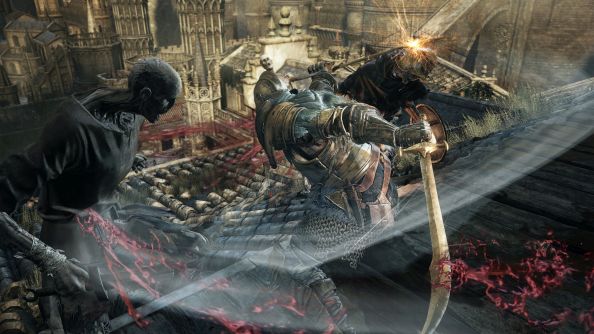 I’m not quite ready to join Joel in his prediction for favourite game of 2016 – it’s looking like a busy year – but cor, it sounds good. I was always a Dark Souls II man myself, plus loved Bloodborne, and this seems to be the combo of those two games I’m after, with a plot to match the one people always rave about.

Here’s 16 minutes of footage, again from IGN, showing off the playable area from the demo:

A lot to analyse here, as I’m sure rabid fans will endlessly between now and Spring 2016 when the game’s due.