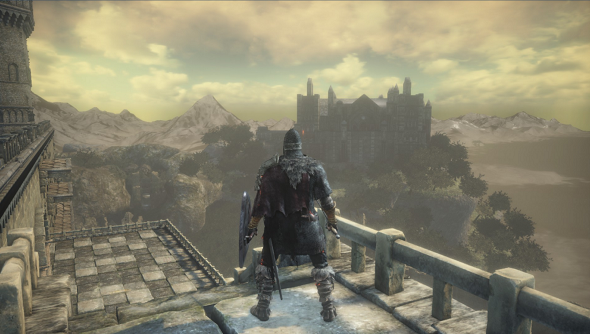 The fire might have faded, but don’t count on it turning to ash just yet. The president of FromSoftware and director of Dark Souls 3, Hidetaka Miyazaki, has refused to rule out returning to the series one day, saying he wants to before he retires.

Miyazaki had previously said the team want to work on something new. In an interview with Gamespot, the director clarified his stance.

“This game marks a major “turning point” within the Dark Souls series,” said Miyakazi. “Just as it’s been announced, we have two DLCs planned, but as it stands now, I’m not thinking about making any sequels or spin-offs. That applies to Bloodborne as well.

“I keep referring to the series as a “turning point,” and I’m avoiding use of the word “finish,” since saying it would completely “finish” the series. If someone says they want to make a Dark Souls game using the latest in technology, and if it is sufficiently attractive, then it wouldn’t be fair for me to just finish the series.”

So it sounds like he wouldn’t be averse to someone else making a Souls game if they had the right idea. Of course, Bandai Namco own the Dark Souls IP, so they could well carry it on without FromSoftware if they wanted to anyway.

He quickly followed that up by saying he wants to return to the series personally one day.

“To add, I can’t deny the fact that, maybe down the line, I want to go back to the series and make one more game before I retire,” he added. “I don’t want to be branded a liar if that happens [laughs].”