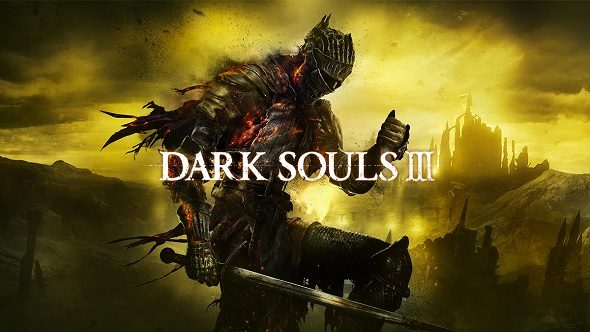 Last night saw the conclusion of 2017’s Awesome Games Done Quick event, where over 2 million dollars was raised for the Prevent Cancer Foundation during the course of the week long event. Acting as one of the final runs of the event, Dark Souls 3 was set to be an enjoyable run to help bring AGDQ 2017 to a close. However, in typical Dark Souls style, it proved to be one of the tensest runs of the whole marathon.

Like epic tales? Give these PC RPGs a try.

Performed by streamer BubblesDelFuego, this any% run of Dark Souls 3 was off to an unfortunate start as the game’s AI decided to not play along when trying to acquire a weapon crucial to the run. At the Road of Sacrifices, Bubbles tried to use a strategy to get knight Anri to kill himself by jumping off a cliff face and dying due to fall damage. Unfortunately for Bubbles, Anri chose not to co-operate, taking ages to jump off the cliff and costing Bubbles a fair amount of time. All was not lost however, as Bubbles’ good humour and skill allowed him to keep focus and continue the run.

This time loss was then followed by a potential run killer, which occurred after activating a specific out of bounds glitch that allows runners to phase through the world and avoid most enemies. By using the Tears of Denial miracle, players can avoid lethal damage by having their health set to one after taking a massive hit. By landing on a specific rock outside the bonfire near where players kill Anri, players can fall into an area where the game thinks they should be dead. After successfully landing on this rock, runners can then cast Tears of Denial to survive a fall off this rock, which puts them out of bounds. From there, the player’s character model disappears, leaving them as nothing more than a glowing flame as they navigate through the outside of the world to skip most of the game.

Now, it should be plain sailing from this point but in the PC version of Dark Souls 3, there is a very specific spot within the Catacombs of Carthus which can actually crash the game and jeopardise the run when you are going out of bounds. Just as Bubbles comments on this kind of crucial point, Dark Souls 3 does its duty and crashes, causing everyone to quite rightly panic.

What resulted was a careful speedrun of Windows, as the tech crew has to briefly suspend the run as they find the DS3 save file so Bubbles can continue. After an agonizing wait, the tech crew managed to find a save and Bubbles soldiered on with the rest of the run, completing it with a time of 58:50.

Keep in mind that the two major time losses on this run were not Bubbles’ fault, they were entirely down to either the AI acting up or very rare game crashes. When you are dealing with tricks which are not intended by the developer, you flirt with risks like this and it’s admirable that Bubbles was able to keep his composure and finish the run within estimate.

Bubbles is also a testament to the good work AGDQ does, as he is a cancer survivor thanks to early detection. In a short speech at the end of this eventful run, Bubbles reveals how after coming out of remission following treatment for Hodgkin’s lymphoma, he actually watched a Dark Souls speedrun from AGDQ 2013 which got him into speedrunning. I wonder if any other speedrunners will be saying the same thing at AGDQ 2020.