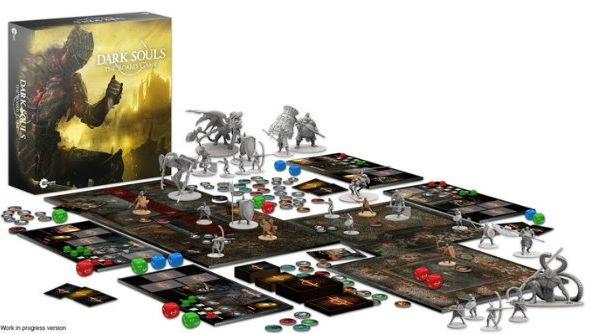 Jesus, you lot really wanted a Dark Souls board game, huh? It started as a project with an initial goal of $72,000, but people just get throwing money at it until it eventually raised 7,410% of its original goal. Praise the mon… ey.

Would you like to see any of the other games in our list of best RPGs turned into boardgames?

People really like miniatures from their favourite game, it seems.

The creators of the board game celebrated their Kickstarter success with a message to the backers: “A heartfelt thank you from everybody at Steamforged Games Ltd. We’ve thoroughly enjoyed this campaign and look forward to keeping you all in the loop as the game progresses. We are honoured to have your support and to have spoken with you all in the comments and via the inbox.”

As a final thank you, the next tier of stretch goals have been unlocked, even though it was still $331k away from being reached. It must have been hard to keep coming up with new stretch goals since they surpassed so many.

No doubt the massive success of this will prompt a bunch of other videogame-related board games to pop up. Homefront board game, anyone?

If you don’t think the project already has enough money, you can still join the Absolutely Loaded Covenant and send across a late pledge.