Dark Souls III is great, which is why I slapped down a 9 at the end of our Dark Souls 3 review, but it’s demonstrably not for everyone. If you like your games simple, easy to digest, and enjoyable on short spurts, then there’s a good chance you’ll bounce off all of From Software’s RPGs pretty quickly. But what if you don’t care for challenging games?

As a series Dark Souls is notorious for its difficulty, and while this third adventure starts off at a more comforting level of challenge, it eventually ramps up to new levels of controller-smashing intensity. But don’t let that put you off.

Okay, so we’ve established that Dark Souls III is a bastard-hard game, but it’s also a game that wants to be completed. Despite every cruel trick that it will fling your way – and there are a lot of them, from ambushes and traps to seemingly harmless creatures that can transform into efficient killing machines – there’s always something you can do to make your time in Lothric just a little bit easier. 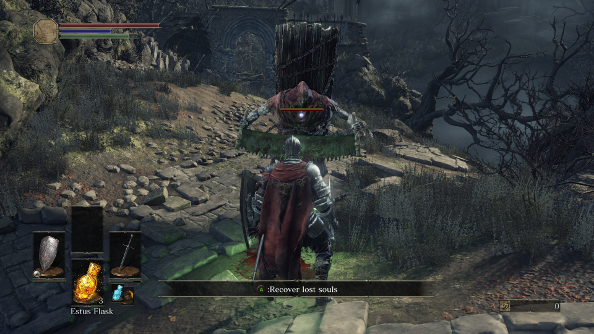 See, the joy of Dark Souls doesn’t come from its difficulty, but from learning how to overcome it. Dying over and over again, making no progress, or miserably grinding for souls so you can level up is not particularly fun, and that might be what you imagine you’ll have to do if you decide to play Dark Souls III. Nobody could be blamed from balking at that prospect. Thankfully, none of that is actually necessary.

Don’t play alone. Sure, Dark Souls plays with the themes of isolation and vulnerability, but there’s a multiplayer game hiding beneath the surface, and joining forces with another hero is one of the best ways to experience its dungeons, bosses, and ruined towns. By using a white soapstone to leave a sign on the ground, you can be summoned into other players’ games, buddying up in an effort to take on threats that you’ve been struggling with alone.

There’s hardly a downside to this. While you will make yourself more vulnerable to invaders, there are plenty of items you can use to make that less of an issue, and the benefits far outweigh the chance of another person jumping into your game, intent on murdering you. With a pal, you can more confidently explore, getting safer opportunities to learn enemy attacks and tricky boss encounters, and ultimately come away with both knowledge and souls that will help you in your own game. And you don’t have to worry about losing those souls, either. 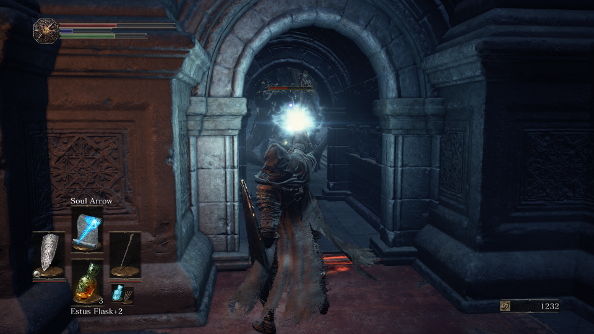 You also need to be open to changing your attitude toward death. It’s not failure, not really. You’re meant to die, it’s an essential part of the game, and with every death comes the opportunity to learn something new or experiment with a new tactic, weapon or item. Solutions aren’t always clear the first time you face a new enemy, and that’s why you need to be ok with sacrificing yourself. When you come back, you’ll be bolstered by experience.

If you find yourself hitting a brick wall every time you come up against a particular, fast enemy, then maybe you should stop trying to dodge their attack and instead bring out a shield. Wait for an opening and then strike, instead of attempting to roll around them. Or maybe try to take them out before they get to you, with a bow, or magic, or even a firebomb. You’ll quickly find your inventory overflowing with gear and bombs and magical items that can be applied to weapons – so why not use them?

That’s the funny thing about Dark Souls III: the game is absolutely laden with things designed to help you, whether it’s notes from fellow players or the multitude of usually easy to spot loot littered all over the place. All you really need to do is explore, and that’s one of the most enjoyable parts of the game. The world itself is fascinating and gorgeous; it’s somewhere that you’ll want to wander around, and simply by doing that, you’ll find shortcuts and solutions, making seemingly impossible situations suddenly easy. 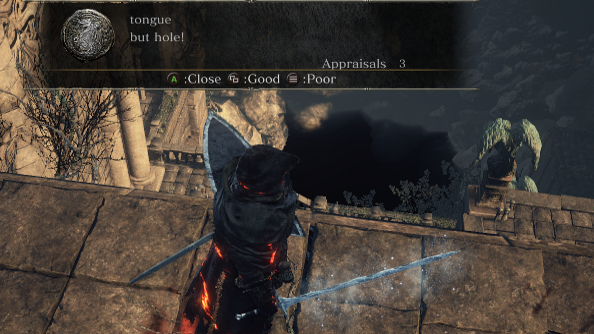 Take your Estus flask, for instance. It’s your lifeline, a healing draft that will save your life time and time again. It starts off with a meager three charges, but if you keep an eye out for loot, you’ll end up with a multitude of shards that can be transformed into more charges, along with undead bones that empower the flask, netting you more health every time you gulp it down. And you can find your first couple by taking a look at our Dark Souls 3 beginner’s guide.

It’s easy to understand why one might be intimidated by the game. The marketing alone makes it seem like its sole purpose is to beat you into a bloody pulp and make you question yourself. And some folk love that, because it means they get bragging rights when they get another victory notch on their belt. But what’s important is the intent of that difficulty.

Rather than viewing an especially deadly foe as an obstacle halting your progress through the ruined kingdom of Lothric, it is perhaps better to look at it as a chance to discover some important piece of information that will make the road ahead more manageable. In my review, I mentioned an enemy you’ll meet early on who, at first, seems to be just your average undead warrior, not a real danger. But it’s a trick, and will transform into the early-game’s most deadly monster. This encounter might seem unfair at first, but the lessons it teaches are invaluable: never trust your eyes, there’s nothing wrong from running away from a fight, and even the greatest threats can be slain with perseverance and a bit of practise. 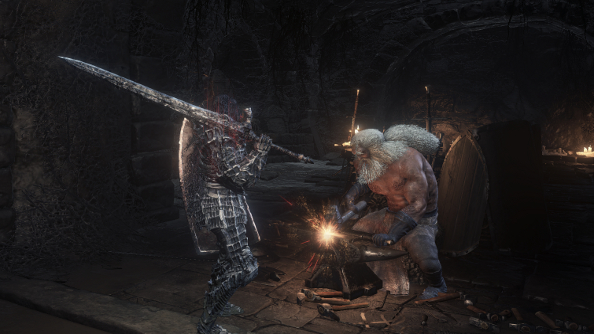 That, I think, is what I love most about Dark Souls III; even when the game felt like it was working overtime to kill me, there was always this sense that it was giving me something in return, whether it was souls, loot, or some experience that saved my life later on. I almost always felt like I was making tangible progress, and getting better at the game.

I’m not going to B.S. you, though. There were times where I had to invent entirely new curses just to express how angry I was. I spent five hours attempting to defeat a single boss. I lost 60,000 souls in one go. I almost embedded my controller in the wall. And I’m really not a person who seeks out a challenge when it comes to my games. I have limited time and a never-ending deluge of new releases to play through. But I kept returning, not just because it’s kind of my job… but because after a little bit of time away, thoughts of Dark Souls started to tickle my brain again, and I just had to delve back into it. And inevitably, something would just click, and I’d find myself gliding through fights that only the day before had left me spitting.

So give it a shot. Let Dark Souls III worm its way into your mind and risk a little bit of madness for what is an exceptional game in a singular series. Or don’t. I’m not your dad. What are you doing listening to me anyway?