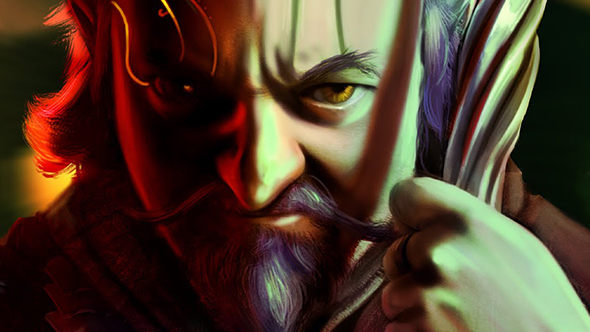 Almost exactly two years ago, David Gaider – best known as the lead writer of Dragon Age – left BioWare to join the team at Beamdog as creative director. Now Gaider is moving on to something new.

Take a look at the best RPGs on PC.

The news comes from both an official farewell from Beamdog and an announcement on Gaider’s Twitter account.

So… today is my last day at @BeamdogInc. Mixed feelings as I pack up my desk, as I’ll miss the crew. Big thanks to @TrentOster, and I wish everyone here all the best, but it’s time for me to move on.

“Dave came to Beamdog during interesting times,” the company’s Lee Guille writes. “Since then, he has been teacher, mentor, and friend to many on the team. We’ve seen Dave conjure new worlds we’d love to play in, and spin stories in places already close to our hearts. Someday we will share the fruits of his labour!”

While Gaider’s exact contributions at the company are unclear, he joined shortly before the launch of the new Baldur’s Gate expansion, Siege of Dragonspear, and since then the studio has published a Planescape: Torment remaster and is now doing similar work to bring back Neverwinter Nights.

“Dave has built a creative team that will shape the stories Beamdog tells in the years to come. He has freely shared his incredible wealth of storytelling and narrative design experience with the developers, designers, and artists around him. We’ve all learned a lot from Dave and we hope he picked up a trick or two from us as well.”

Gaider had been with BioWare for nearly two decades prior to joining Beamdog, writing for Baldur’s Gate II, Neverwinter Nights, and Knights of the Old Republic before becoming lead writer for the Dragon Age franchise, during which time he also wrote a handful of Dragon Age novels and comics.