Released in 2006, the original Dawn of War is probably one of the best RTS games in existence. It’s certainly the best Warhammer 40K game, although as far as ‘old school’ Relic goes Company of Heroes is considered the better game, in many respects.

In the years that followed it would get several expansions, the most recent of which being the 2008 stand-alone release called Soulstorm, which built on Dark Crusades’ campaign layer but made it across an entire star system. We’d also get full sequels in the shape of Dawn of War II and Dawn of War III, but the original holds strong above them all.

12 years later, this aged strategy game is being kept alive thanks to its modding community. Mods are the life-blood of any strategy fanbase and are what allow these games to remain popular over long periods of time, like we’ve seen with Star Wars: Empire at War. It can even inspire developers to renew support for an older game, like what creative assembly did for Total War: Rome 2. Coming back to Dawn of War, we’ve done some digging to find the most popular mods helping keep the game live after all this time.

The best Dawn of War mods

These are the best Dawn of War Mods: 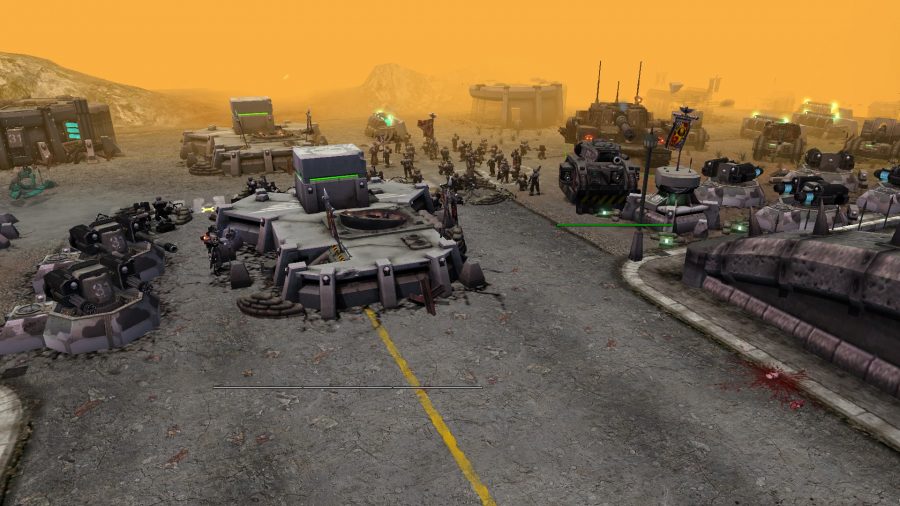 How to install Dawn of War mods

Dawn of War may be freely available on Steam, but SEGA and Relic never saw fit to add in Steam Workshop support, it seems. That means you have to go old school. Both Nexus and ModDB have libraries for Dawn of War, but the latter has the better and most active mod scene it seems.

Installing mods is, by and large, a relatively simple affair. You typically just need to dump any installation files in the main install directory. Depending on the mod you can use the game’s native Game Manager to then launch the one you want. Make sure you read the installation instructions carefully to make sure you’re not making any mistakes.

One important thing to note for Dawn of War is making sure you’re using and modding the right version. Most of the popular mods around today are for Soulstorm, the last Dawn of War expansion to be released (though it’s a stand-alone game). Some will be for Dark Crusade specifically. It’s rare you see mods for the original game or Winter Assault, because those are mainly just about the solo campaigns.

Soulstorm has all of the officially supported races included by default, so that’s where the modding community have focused their attention. There is an official Mod Manager mod for Dawn of War, if you want some additional help with your managing your mods. 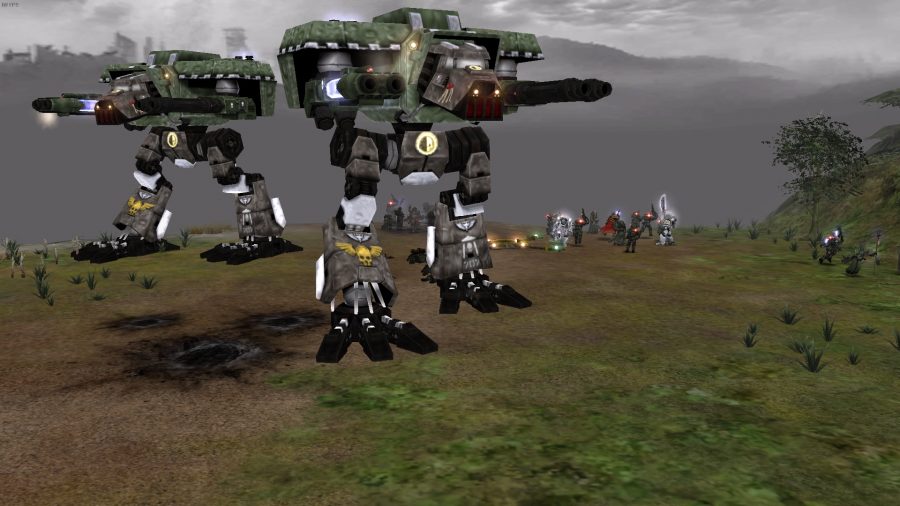 The only Nexus contribution to this guide, 3rd Generation is a mod for Dark Crusade that adds four new races (including Tyranids), new units for existing races, and a bunch of other stuff like new maps, new map modes, even Titans!

What’s especially good about this mod is that it’s keeping up to date with what’s happening in the tabletop world (mostly). It hasn’t been updated with the new-era Primaris units, for example, but generally newer units from across the tabletop line have been included. It also added the original Dawn of War campaign as skirmish missions, and even improved the AI as well. 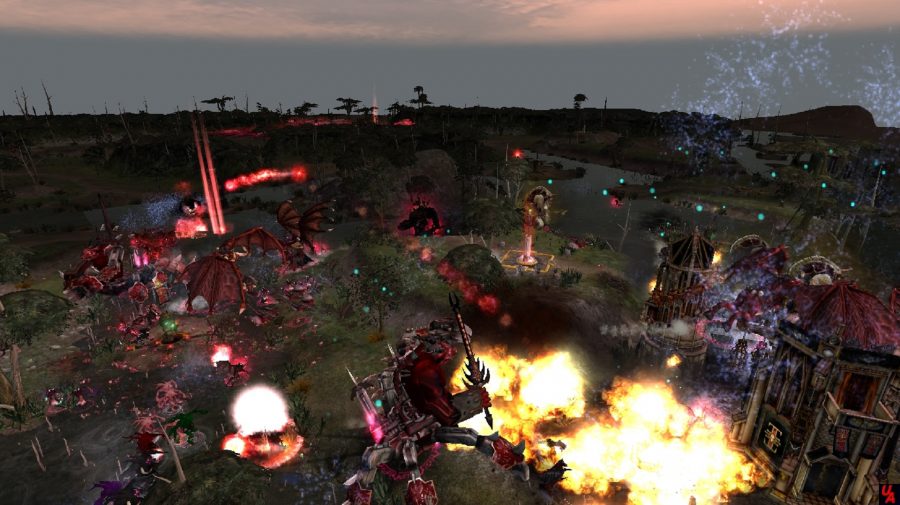 This is the most popular, and quite frankly, the most ridiculous mod on ModDB. Ultimate Apocalypse is all about scale, and getting the most bang for your bang-bucks. It adds new units, new races, new buildings, new abilities, Titans, and then generally enables you to have ‘more’ of everything. Make sure you follow the instructions carefully as there are some additional standalone race mods you’ll need (and that some other mods on this list also need) to source.

It’s also worth noting that the final update for this mod was released in Summer 2020, and the team are now embarking on an overhaul project to create a new, better version of the mod. The current version should still be fine in the meantime, though. 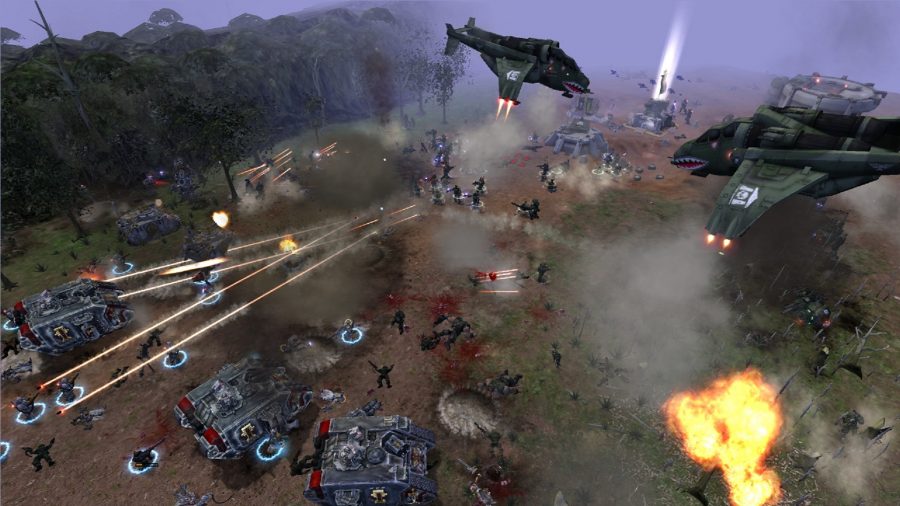 This is an old mod, reportedly the first mod to include Titans into Dawn of War. It again offers new content in the form of new units, abilities etc. and it’s also one of the few mods that offers dedicated content and support for the campaign. Usually, mods ignore this part in favour of skirmish gameplay. You can read more about it in the official mod FAQ.

There are two versions of this mod, one for Soulstorm, and one for Dark Crusade, so make sure you grab the right one. 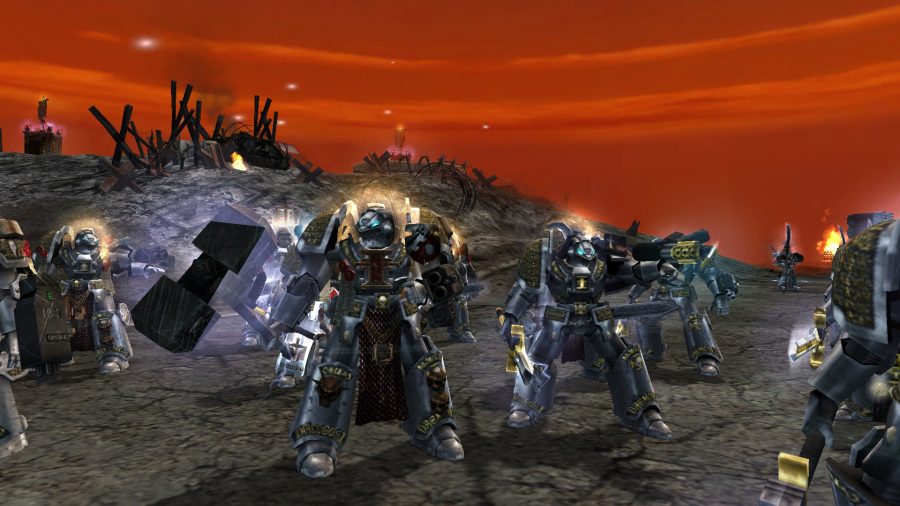 As the title suggests, this mod is about unifying a bunch of disparate individual mods into a cohesive whole. There are more than a few new race mods, as well as mods that look at the vanilla races, the campaign and a whole bunch of other aspects of the game. Unification seeks to unify them all in a way that allows them to work together. And yes, there are also Titans. There are always Titans.

It’s a modular creation though – you can chop and change what you want across the various submods (one of which being Strongholds, mentioned below.) Make sure you read the instructions carefully for this one – there’s a bunch of things you need to keep an eye on, especially if you’ve not got much system memory to play around with. 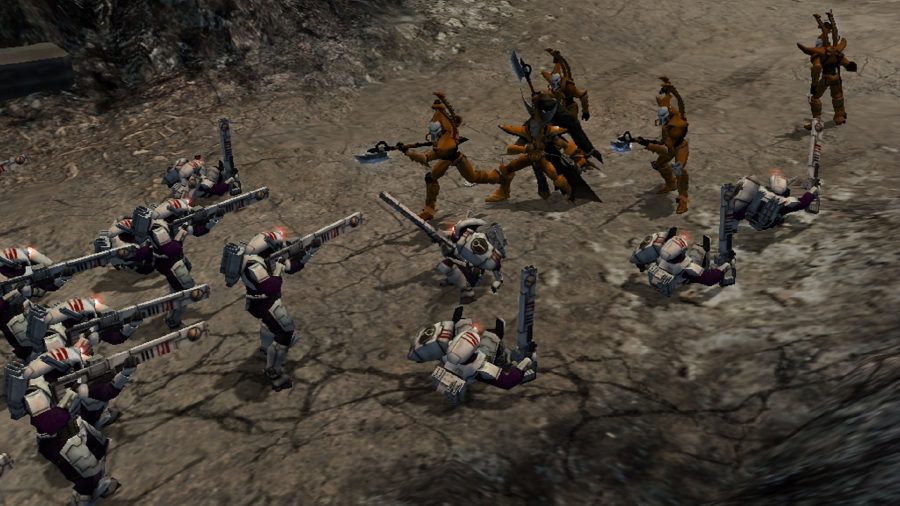 This is a multiplayer focused mod that aims to offer a balanced, meaningful experience while also promoting unit diversity and longevity. It includes new units and graphics for every race, enabling wargear for units in multiplayer and skirmishes, and it also sports great documentation.

If you’re into competitive multiplayer in this game, then this mod is a must. 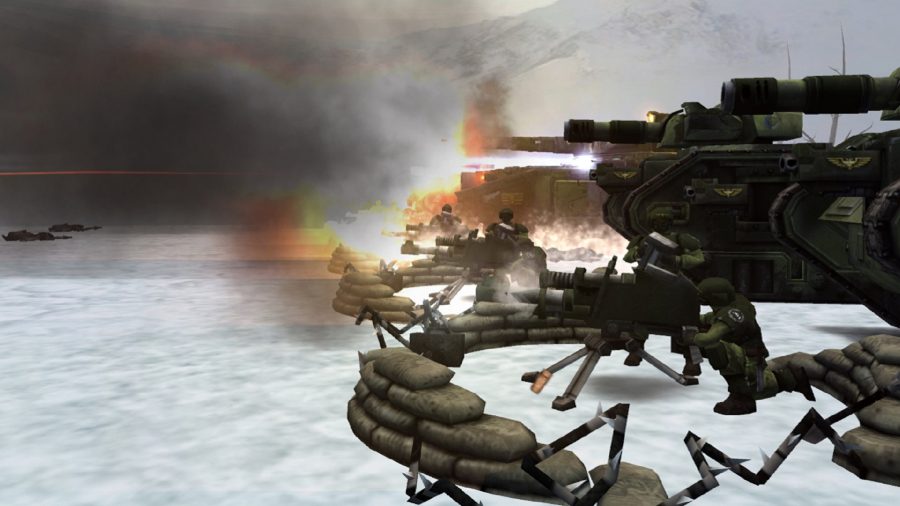 This is a more simple mod with a simple purpose – in the meta-campaigns introduced in both Dark Crusade and Soulstorm, each race/faction was designed a special ‘stronghold’ map that represented their last line of defence. Defeat a faction on this map, and they were knocked out of the game for good.

Dark Crusade had seven of these types of maps, while Soulstorm had nine, and this mod unlocks all of them for play in the skirmish mode. It’s continuously adding in support for the various stand-alone race mods that have been released, but it’s also included in the Unification mod, mentioned above. 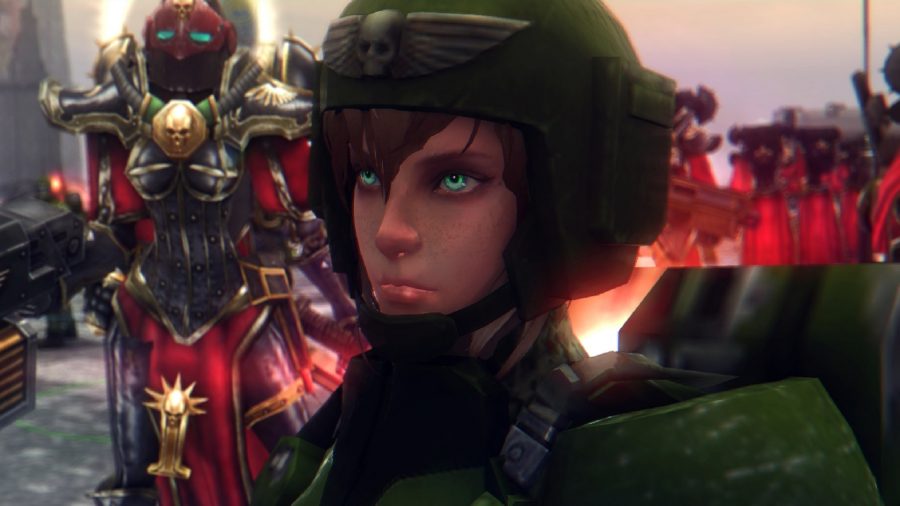 Despite its promisingly generic title, this mod is actually just for the Sisters of Battle and Imperial Guard at the moment. It also doesn’t look like it’s been worked on much for 2017, but we include it anyway because it does make those two factions look really pretty. Plus it introduces a female Imperial Guard model, if that interests you at all. 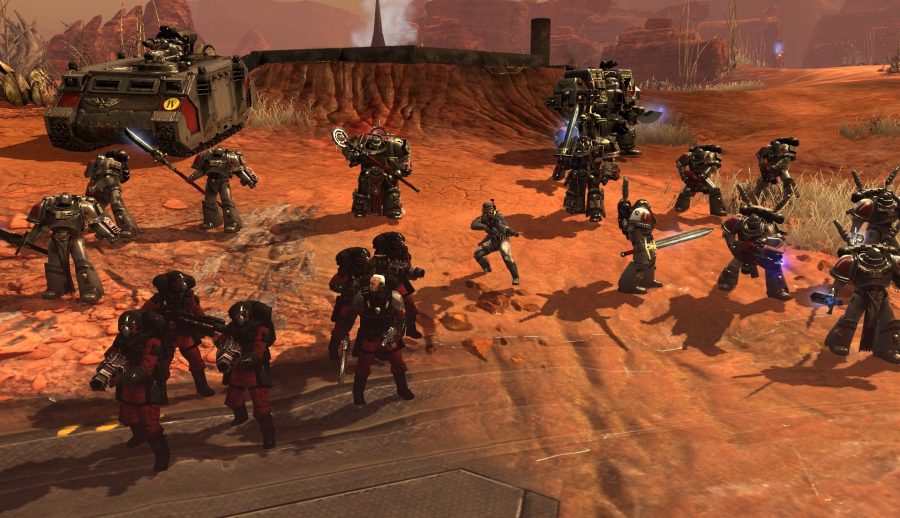 This is a bonus entry covering Dawn of War II: Retribution, because for some reason people still like playing that game. At least it’s not as bad as Dawn of War III, I guess. This is another competitive/multiplayer focused mod for the Dawn of War sequel that adds in a new faction – the Grey Knights – as well as offering lots of new abilities, units and balance tweaks.

We’ll keep updating this list as more interesting mod projects surface, but in the meantime, enjoy!